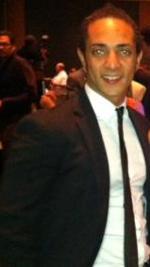 Amine Boubsis brings more than 20 years of experience, integrity, innovation, management, and technical skills to YFD Swimming. Since joining the club in 2007, Amine has resurrected YFD’s program, orchestrating a growth of nearly 300 percent. During his tenure with the club, he has developed and cultivated numerous Junior Olympic champions, ISCA Junior National medalists, National Open Water qualifiers, High School State Championship finalists, and Scholastic All-Americans. Furthermore, Amine helped place a member on the USA Junior National Team where they represented our country at the World Maccabiah Games in Isreal and brought home four individual medals.  His swimmers have broken over 400 team records, and many have gone on to swim at some of the most prestigious universities in the country.
Amine’s personal coaching accomplishments include being named to the USA Swimming National Diversity Select Camp Staff in 2019, USA Swimming Eastern Zone Select Camp Staff in 2012, serving as an All-Star Metro Zone Team coach on multiple occasions, and serving on the Metropolitan Swimming Board of Directors.
Amine provides leadership and vision geared towards making YFD Swimming the premier competitive swim program in New York City. Amine focuses his development on the entire athlete by using intense physical training, forging mental toughness, and sharing his knowledge of the sport. He strives to create well-rounded individuals who pursue excellence in the pool, in the classroom, and in their outside endeavors. He is working with the coaches and families of YFD on building a championship program as well as fostering relationships within the 92Y community
As a swimmer, Amine was a member of the Moroccan Youth National team where he participated in many international meets including the 2003 Long Course African Championships where he finished seventh in the 100 breast. Later that same year, Amine was the Moroccan Junior National Champion in the 100 meter breaststroke and a bronze medalist in the 200 meter IM.
Amine is a member of the International Swim Coaches Association and the American Swim Coaches Association. He holds Water Safety Instructor and CPR/AED/Lifeguarding certifications. He received his bachelor's degree in business management from Touro College.

Iliana Bitis has been an integral part of the 92Y Flying Dolphins family for over a decade. During her time here, Iliana has been directly involved in the success of hundreds of athletes ranging from 8 and unders to NCSA finalists. Her swimmers are responsible for over 50 team records, and many of her athletes have competed at the Metro Junior Olympics, the Eastern Zones Championships, ISCA Senior Championships as well as the NCSA Age Group Championships. Iliana is a member of the American Swim Coaches Associatio and holds Water Safety Instructor and CPR/AED/Lifeguarding certifications for over 15 years.

Iliana Bitis also worked with the Hunter College Hawks Swim Team. During her two seasons with the Hawks, the team saw several notable accomplishments including two undefeated conference seasons, a second-place finish at the CUNYAC Championships, and multple school records. Additionally several swimmers were named CUNYAC All-Stars, and the team as a whole received the CSCAA scholar All-American team award with a 3.5 GPA.

Iliana's coaching philosophy centers around the values of hard work, patience, and dedication, and she incorporates building physical strength and mental toughness in her workouts. She also holds our core values of Character, Community, and Excellence to high esteem and implements an environment that allows for her athletes to practice these values every day.

Iliana began her swimming career in Greece before moving to New York City in grade school. Once here, she swam and competed in the age group level at AGUA. She was also the captain for the Long Island City High School swim team. Iliana graduated from Queens College with a degree in History—focusing on European History and minoring in Byzantine Studies.

Naomi Hansen is honored to be a part of the YFD staff as the Lead Senior Coach. With over a decade of experience coaching in New York and Illinois, she brings thoughtful technical precision and a whole-athlete-centered philosophy. Naomi loves supporting swimmers as they meet and exceed their goals in the water and in the classroom.

During her time at YFD, Naomi’s swimmers have forged a legacy of excellence at the Bronze, Silver, MIT, and NCSA Championship Meets with dozens of YFD All-Time Top Ten finishes. Graduates of the group have gone on to thrive at elite universities.

Naomi is an International Swim Coaches Association (ISCA) Certified Coach, and holds American Swimming Coaches Association (ASCA) Level II with additional certifications in advanced stroke mechanics, anatomy & physiology, sports psychology, and nutrition. Naomi is a member of the Alliance of Women Coaches, and was a participant in the Women Coaches Mentoring Program.

As a youth swimmer, Naomi competed with Patriot Aquatic Club, one of the premier teams in Illinois. She graduated from the University of Notre Dame in 2007. Out of the water, Naomi is a MSTOM student in Acupuncture and Traditional Chinese Medicine.

David comes to YDF after coaching 3 years at the JCC of Greater Boston (KASC). He was Head Age group coach of the Aquazot swim club in Irvine, California where swimmers went on to be ranked in the top 16 Nationally. He also was a high school swim coach at Worcester Academy for 3 seasons. David swam for The Ohio State University. He graduated with a Master’s degree in Physical Education from Westfield State University in 2018. David is an ASCA level 2 coach. He likes to instill character traits in his swimmers through hard work and discipline. 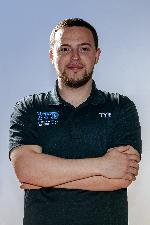 Susan brings her passion for swimming to the Flying Dolphins after her time as Head Coach of the Riverdale Y's Rapids Swim Team.  As a Masters Swimmer  she competed in numerous meets and open water events while working for the NYC Parks Department as an Aquatic Specialist for 20 years. She has ASCA and USA Swimming Coaching Certifications and continues to pursue learning from fellow coaches and the latest developments in the sport of swimming.

Jared has been working at the 92nd Street Y for three years and leads fundraising efforts for YFD and 92Y’s May Center for Health Fitness & Sport. If you are interested in supporting YFD with a charitable gift, you may contact Jared at 212.415.5424 or [email protected]. To make a contribution online you may visit the website https://www.92y.org/donateyfd