Director of Programs and Operations

Lisa started coaching with the club in the spring of 1989. She graduated from the University of Nebraska at Omaha with a Bachelor’s Degree in Education. She is a Level 3 certified coach with the America Swim Coaches Association (ASCA) and specializes in learning theory as it relates to the acquisition of efficient stroke technique. She is the administrator for the entire program and coordinates our young developing athletes.  Loving swimming at all levels, she has been an Assistant Swim Coach for the Westside Varsity Swim Team since the fall of 1989. Interested in expanding swimming in Nebraska, as well as elevating Nebraska swimming on the national scene, Lisa served 4 years on the Central Zone Board of Directors as the Age Group Championship Meet Co-Coordinator. Previously, Lisa has served on the Midwestern Swimming Board for 16 years in one capacity or another.

Doug has been with the swim club for 30 years. He has a B.A.E. in Physical Education/Athletic Training from Wayne State College and a Master of Science in Biomechanics from Penn State University. Doug is a Level 5 Certified Coach with the American Swim Coaches Association (ASCA). Under his leadership, many OWSC and SO swimmers have attained regional and national recognition in swimming. Many of his swimmers have also enjoyed successful college careers at schools throughout the United States. He has extensive knowledge of stroke mechanics, physical conditioning, performance psychology and athlete motivation. In addition to his club responsibilities, Doug serves as the Chairman of the Health and Physical Education Department and Head Swimming and Diving Coach at Westside High School.

The beginning of the 2015- 16 short course season marked 14 years that Coach Bob has been with Swim Omaha, the majority of that time as head Silver group coach.

After spending most of his adult working life with the YMCA and then IBM, Coach Bob moved back to Omaha, married Mary, and returned to his physical education background to coach swimming, beginning at Oak Hill Pool in Ralston, where he still coaches "Summer league". 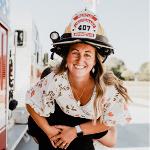 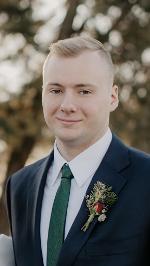 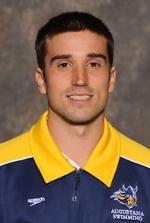 Teryn came to Omaha in 2018 and works as the Aquatics Director for the downtown branch of the YMCA. Before moving to Nebraska, Teryn was pursuing his Master’s in Sports Administration and Leadership at Augustana University in Sioux Falls, SD. While there, Teryn was the graduate assistant for Augustana’s women’s swim team during their very first and second seasons (2016-2018). At the same time, he was an assistant coach for Sioux Falls Surge and a head coach for Swim America.

Teryn is also a 2015 graduate of Carthage College in Kenosha, WI where he was a four-year letter winner and member of the swimming and diving team. He graduated with a Bachelor's degree in Classical Archaeology and a minor in Geography. During his time at Carthage Teryn qualified for the NCAA Division III Championships as a junior and placed 13th in the 1,650 freestyle with a time of 15:55.41. He also qualified for the NCAA Championships in the 200 freestyle and the 500 freestyle. Teryn earned an All-American Honorable Mention in 2013 with his 1,000 freestyle split and was a three-time all-conference honoree. He was named his team's Most Valuable Swimmer following his junior season.

Andy Cunningham has been a swim coach since 2003.  He started coaching with the Bellevue Swim Club and moved to Swim Omaha after a few years.  During his time with Swim Omaha he was Assistant Coach for Ralston/Gross High School swim team.

Andy's passion for coaching and furthering his knowledge brought him to work under John Leonard with ASCA and SwimFast in Fort Lauderdale FL.  After two seasons, Andy happily accepted a position with Millard North to be the head high school swim coach and Aquatics Director.
Andy started at Millard North in the Fall of 2013.  Since this time Andy  has been selected by his peers at the Metro Coach of the year twice (2014 and 2016) with 1 Metro Conference Title.

Always a lover of the water, Megan, or Meg, was introduced to some basic swimming skills by her swimmer father at a young age. She found a summer swim team and began competitive swimming at age 11. She attended Roosevelt High School in Des Moines and swam all 4 years there, did a stint with Des Moines Swim Federation, and swam a season in college at the University of Northern Iowa as a member of their traveling team.

Upon graduation, she moved to Omaha and began working as a graphic designer at a local public relations firm. Later she worked as an artist and account executive at marketing agency. She soon met and started dating Dave Harris (back when he was coaching for SO in the 90's), having met him at a swim meet. They married in November of 1999. They have 3 children - Mac, Natalie and Olivia - all now swimming for Swim Omaha.

In 2009, she decided to teach swimming again and joined Barb Graeve Swim School. She stayed there for over 6 years and taught swimming at all levels from infant to adult, as well as training and managing staff for the school's summer lesson program. Meg is certified by the United States Swim School Association in teaching infant/toddler swimming as well as teaching swimmers with special abilities. While at BGSS, she was able to coach a special abilities athlete for the Regional and State Special Olympic swim meets for 3 years.

In the summer of 2011, Meg joined Westridge Pool's swim team as an assistant coach. In 2014, she took over as co-head coach and co-coordinator of the team. In the summer of 2017, she just finished her 7th season with the Waterstorm.

Meg joined the coaching staff of Swim Omaha/Omaha Westside Swim Club in August of 2015. She enjoys working with the Novice and Bronze age groups.