Chuck Dunham is currently in his 12th year as the Head Coach for the Clifton Park-Halfmoon Piranhas. Coach Dunham is the founder and helped start the Piranhas in 2009 and has been the teams only Head Coach.   The Piranhas won their first ever LSC Championship in 2019 and the team has had multiple Speedo Sectional Champions as well as multiple Junior National Qualifiers.

In addition he is also currently the Aquatics Director @ Shenendehowa and the Head Coach for the Shenendehowa Boys Varsity Swimming and Diving Program. During his fifteen year tenure as boys coach, he has compiled a 160-3-1 dual meet record, won 12 Section II Championships, and 3 consecutive NYSPHSAA Championships (2008-2010) while 5 times finishing the season ranked #1 in New York State (2008, 2009, 2010, 2017, 2019).  In addition he spent 7 seasons as the Head Coach of the Shenendehowa Girls team, where they finished a combined 67-3 and were Section II Champions in 2009, 2011, 2013, and 2015.  The girls program also finished ranked #1 in NYS in 2011.  Throughout his tenure at Shenendehowa, he has coached over 40 All-Americans, 17 State Champions, and over 50 different swimmers to 100+ Section II Titles, and all of his teams have won the NYS Scholar Athlete Award.

A multiple coach of the year award winner, Dunham previously was the Head Coach for the 2006 WMSSL Champion Amherst Tritons, a USA club team that practices @ UMASS and was also an Assistant Coach for the Atlantic 10 Champion UMASS Mens and Womens Program 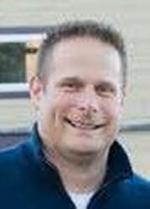 Dave Washburn is in his 6th year coaching for the Piranhas and works with our Junior Groups. In addition he is currently and Assistant Coach for the Shen Girls and Shen Boys Varsity Teams.  He has a long swimming career in the area as both a swimmer and a coach.  Most of Dave's swimming career was with the Albany Starfish as well as swimming varsity for the Guilderville Men's swim team where he was the Section 2 Champion two years in a row in the 50 Free.  Dave went on to swim in college at St. Bonaventure University specializing in the butterfly and backstroke events and received his BS in Finance.  After college, Dave starting coaching with Glen McKenna for the Helderberg Aquatics Club (HAC) for the next 5 years.  After a small hiatus Dave returned to coaching for the Albany Starfish for the next 10 years were he had many zone qualifiers, top sixteen swimmers and swimmers that went on to swim at the junior and senior national level as well as qualify for Olympic trials.  He received the Adirondack Coach of the Year Award in 2010 and 2011.   Dave also coached a year with the Schenectady-Saratoga Sharks. Dave's coaching style is primarily focused on maintaining technique especially when doing high endurance/performance training.  He believes good technique is a must and provides swimmers with the ability to go through the water as efficiently as possible.

Dave currently works as a manager for the NYS Workers' Compensation Board.  He lives in Clifton Park with his wife Tina, and three sons, Jacob, Logan and Griffin.

Bryan Geary is currently in his 7th year coaching with the Piranhas and works with our Junior Swimmers. Bryan is a Piranhas Alumni who also swam for Nazareth College where he earned a teaching degree in Special Educaiton.  Prior to that he was Captain of the Shen Boys Varsity Swimming and Diving Team and was an integral part of 4 boys teams that won 4 straight sectional championships and 3 consecutive State Championships.  Bryan is also currently a 1st Grade teacher @ Guilderland and spent 10 years as the Head Coach of the Knolls Swim Team where they were winners of multiple Suburban League Summer Championships

George Hooper is the teams Age Group Coordinator and in his 7th year with the Piranhas.  As the Age Group Coordinator, he brings with him a wealth of experience and knowledge in the sport of swimming. Beginning his coaching career in 1974, he has had a 40 year relationship with competitive swimming. For 10 years he coached with the Albany Starfish, where Coach Hooper developed multiple High Point award recipients and had several of  his former swimmers go on to compete at the Junior National, Sectional, and Zone levels.  He currently is the Head Coach of the Holy Names Varsity Swim Team

Educationally, he holds a BA in Psychology from Alfred University, an MS in Physical Education from Syracuse University and MS in Community Mental Health Counseling from Long Island University. Over the years, he has served as both Head Coach, Assistant Coach and instructor at the intercollegiate level with the United States Military Academy and RPI. His club experience has included stints with the Syracuse Chargers, West Point Swim Club, Albany YMCA, and Albany Starfish as it's head coach (1993-1995) and assistant coach (2003-2013).
Coach Hooper resides in Clifton Park with his wife Charlotte. His children, Aimee and Nick are both graduates of Shenendehowa and accomplished Adirondack LSC swimmers. Nick has held the Shen HS record in the 500 Free since 2013 and is a graduate from the University of Buffalo where he completed his intercollegiate swimming coareer.  Aimee, after a successful intercollegiate experience, graduated from James Madison University with her MA in Special Education and currently teaches and coahes in Alexandria, VA.

Alyssa DiFabio is in her 9th year coaching with the Piranhas and is our Swim Lesson Coordinator.  In addition to coaching our Mini Piranhas, she runs the Learn-to-Swim Program @ the Shenendehowa Aquatic Center.  She is also in her 3rd year as Assistant Coach for the Shen Girls Varsity Swimming and Diving Team.   Alyssa swam for over 10 years with various local clubs and swam for Saratoga High School.  She is currently finishing up her degree at the College of Saint Rose