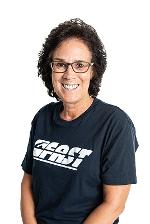 With more than 30 years of coaching experience, Jodi continues with FAST as the head coach and team administrator.

Jodi received a full swimming scholarship to the University of Texas where she was a member of four Division I National Championship teams.  During her collegiate career, Jodi was named a Division I All-American 22 times.  She was selected for the 1983 U.S. National Team that competed in Sweden, Germany, and Denmark. Jodi competed in the 1984 Olympic Trials in the 100 and 200 butterfly and the 50 and 100 freestyle.  She was also selected to the U.S. National Team that competed at the 1987 World University Games in Zagreb, Yugoslavia where she won a gold and bronze medal. 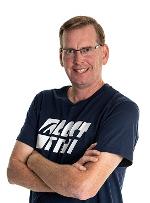 Todd was an All-American swimmer at Allegheny College and has been coaching on and off for about 30 years since then.  This is his second year at FAST, previously he had been at the Valley Points Family YMCA for 8 years, where he was the head coach.

Todd works with all age groups and is proud that many of his swimmers have progressed from novice swimming to college swimming and beyond.  He believes that swimming is a lifetime sport and that the technical skills and social interactions achieved through swimming lead to very successful kids in and out of the pool.  His favorite stroke to teach is butterfly and he was a distance swimmer in high school and college.  He has coached at multiple District, State and National YMCA meets as well as several Eastern Zone meets as an AMS coach.

Todd and his wife Sandy own Pugliese Flowers in Vandergrift and Sandy is an owner of Rehabilitation Innovations in Murrysville.  Both of their kids, Parker and Amara, swim on the team and love the sport.  They have two cats, Flipturn and Laneline. 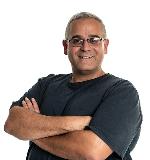 Mark teaches Economics and Advanced Placement United States Government at Gateway High School. He has a master’s degree in counseling and a teaching certificate from Duquesne University and a bachelor’s degree in History and Psychology from The University of Pittsburgh.

A resident of Murrysville, Mark is married to Stacey Spinola, and together they have 5 children. Mark’s children train with FAST as well. 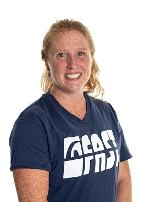 Dina went to IUP and earned a degree in Speech Language Pathology. She swam at IUP from 95’-99’, where she earned 5x All American honors, was named team co-captain her senior year and focused on 400 IM, 200 Breaststroke, and 800 Freestyle Relay and distance Freestyle.

Dina has coached at Meadowink, FAST, Mechanicsburg Swim Team, Plum Aqua, Monroeville Marlins, and is currently the Head Coach of the swim team at Armstrong High School. She is also employed with the Armstrong School District as a Speech Therapist.

Dina is married and the mother to 3 swimmers Delaney, Reese, and Sadie. She enjoys Crossfit, coaching, spending time with her family, the beach, and anything outdoors. 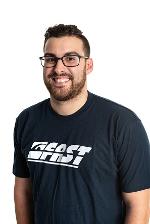 Matt is originally from the Murrysville area where he attended Penn Trafford.  There, he was a WPIAL and PIAA Qualifier all 4 years and, during his senior year, Matt claimed the WPIAL championship in the 100 breaststroke.  While in high school, Matt swam for Fox Chapel Aqua Club and competed in multiple sectional and Junior National swim meets.

After high school, he went to Westminster College in New Wilmington, PA where he studied Media Art and Design.  He swam at Westminster from 2012-2016 and earned 2x All American Honors. He also holds the school records in the 100 and 200 yard breaststroke and earned the President’s Athletic Conference Records in those events.

Matt is now a Graphic Designer for a local sign company in Monroeville.  He enjoys swimming, spending time with his family, and collecting funko pop figures.