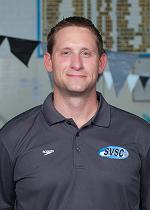 Coach Brian Blackwell has established a continuous tradition of success as he enters his 10th season with SVSC. Coach Blackwell holds a Level 3 coaching status with the American Swimming Coaches Association and oversees all aspects of the program.

Coach Blackwell has produced multple USA Swimming Junior and Senior National qualifiers, All Americans, Future, Sectional qualifiers. Coach Blackwell severed as Head Zone Coach for Allegheny Mountain for the 2015 & 2016 SCY & LCM Seasons and was voted 2016 Coach of the Year for having the most improved team in AMS.

During Brian's swimming career, he was a Eastern Zone Gold medalist and Sectional Qualifier, the 2001 WPIAL AA 200 IM Champion, multiple PIAA State Finalist and earned All American consideration. He attended Washington & Jefferson College where he swam competitively and earned All PAC Conference honors. Brian was a Dean’s List Scholar at W&J and earned a degree in Business Administration with a concentration in Finance and Management. Brian has 14 years of experience as a Business Anayst, and currently works for Meritain Healthcare.

Coach Blackwell’s philosophy about swimming is finding the proper balance between technique, endurance and strength.  He believes educating his swimmers about the methods and science of swimming is just as important as the execution. 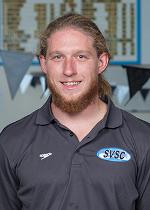 Coach Jeff Gavin begins his 7th year with SVSC where he made a dramatic impact on the program and AMS. Over the past years, Jeff was selected as a 6-Time Eastern Zone All-Star Assistant Coach and 2-Time Head Coach, coached multiple swimmers who've reached the AMS Top 10 list, developed numerous Eastern Zone qualifiers, and his swimmers continue to break a multitude of club records. Jeff also played a significant role in coaching a number WPIAL and Sectional qualifiers with the Senior group and Seneca Valley Varsity teams.

Jeff spent many years developing himself as an accomplished swimmer and developmental coach.  Prior to his employment at the YMCA, Jeff spent time coaching at Oxford Athletic Club, and was Pool Manager of Seven Fields Borough Pool. Jeff grew up in Western PA and began swimming at the age of ten for local summer teams. His passion for the sport was ignited immediately which led to him joining Pine-Richland Aquatics. Later, Jeff was a star on the Mars Varsity Swim Team where he was Captain his senior year.  Jeff set multiple team records whille at Mars and rewrote the Pine-Richland Pool record board as well as qualifying for 3 WPIAL and PIAA Championships.  His senior year he had his best finish at the state meet and collected a third place finish in the 500 yard Freestyle.

Jeff attended the Indiana University of Pennsylvania on a swimming scholarship where he competed for two and a half years before an injury to his ear drum forced him out of the pool.  During that time he earned a NCAA National Qualifying B-cut, was selected to the All-PSAC team, and was a podium finisher in a number of events at his conference championship.

Currently, Jeff works at the Butler Country Club as Pool Manager and acts as Head Coach for the swim team.  In his 4 seasons with the club, Jeff has managed to win back-to-back Country Club Swimming Championships.  He also works at the Rose E. Schneider YMCA during the winter as a lifeguard and lifeguard instructor. 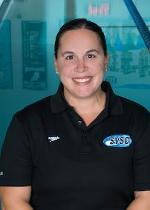 Coach Lisa is enthusiastic as she begins her 5th year with SVSC. In the beginning of her years with SVSC, she organized and ran the Learn to Swim Program. She has since continued to help grow the program each year. After a few years, she wanted to contribute more to the club and began to help out  during swim practices. Through time and learning from her fellow coaches, Coach Lisa began her role as Assistant Coach. In early 2019, she helped coach SVSC swimmers at the Eastern Zone Short Course Age Group Championship.  Later in the fall of 2019, Coach Lisa became one of the Assistant Coaches for the Seneca Valley Varsity Swimming and Diving Team. She was excited to contribute to her first WPIAL and PIAA swim championships as a coach and witness some great swims by the SV swimmers.

Coach Lisa started swimming at the age of 8 with the Butler Y Swim Team and competed at the Y Districts and States meets through the years. In her high school years, she became a member of the Butler Varsity Swimming and Diving Team and competed at the WPIAL Championship meet. In her early years of swimming, Coach Lisa was a sprint freestyler. It wasn't until her later high school years that she competed in both breaststroke and I.M. events. During summers home from college, she taught private and group swim lessons at the Butler Country Club. She also was an Assistant Swim Coach for the Butler Country Club Swim Team. Coach Lisa graduated from Slippery Rock in 2000 with a Bachelor of Arts Degree in Communication. The same year she graduated from Duquesne University with a Paralegal Certificate. She worked as a Paralegal for law firms in Pittsburgh and Erie for 6 years.

Coach Lisa is married and has one daughter and two sons. All 3 of her children were a part of the SVSC Learn to Swim Program. Her daughter developed the same love of swimming and continues to grow as a swimmer with the swim club.

Coach Lisa recently obtained Level 2 coaching status with the American Swimming Coaches Association. She is very excited to take what she has learned and help swimmers progress through the SVSC Learn to Swim Program and the Seneca Valley Swim Club!

SVSC is proud to announce the addition of Coach James Koval to our swimming family!

Coach James joins SVSC after two years as Head Assistant at the Uniontown Area YMCA. He worked mostly with young and developing swimmers, guiding many to first-time qualifications for YMCA districts and states, plus two team relay records. Coach James was also Head Assistant at Laurel Highlands HS for the 2019-20 season, helping the Mustangs to a combined 20-6 dual meet record, 7 school records, and a 3rd place finish at Girls’ AA WPIALs.

In his youth, James was an accomplished swimmer in his hometown of Mt. Pleasant, SC, primarily competing in long-distance races. He moved on to West Virginia University where he got an NCAA B cut and Big 12 silver medal in the 1650 free in 2017. He is still ranked 3rd all-time for WVU in the 1000 and 1650, as well as 9th in the 400 IM. James graduated from WVU with a bachelor’s degree in Chemical Engineering in 2018, and is currently working on completing his masters in the same.

While at WVU, James got his first club coaching job with Club Mountaineer and he was immediately hooked. Coach James is a big believer in energy on the deck and believes that the best training happens when coaches and athletes get each other excited to get better. Coach James is ready to get to work and help SVSC continue to build an outstanding team culture!