Head Coach Walt Reamer comes to WHAT with over 15 years of experience in the swimming community.  Coach Walt served 7 years as the President of the Titan Swim Team and 11 years as the Assistant Head Coach for West Mifflin High School under the tutelage of his good friend and mentor Steve Larkin. During his time at West Mifflin High School he assisted in instructing children from beginner to advanced level athletes, including multiple WPIAL and PIAA qualifiers and a three-time WPIAL Champion. He is honored to have many of his swimmers, including his daughter Brittany, go on to compete in the NCAA. The Titans were four-time section champions from 2012-2016 and his daughter holds the 100 Breaststroke record at West Mifflin High School.

Assistant Coach Anna Lepsch, came to WHAT with over 20 years of both competitive and recreational swimming experience. In addition to a passion for all things swimming, Coach Anna is a certified special education teacher currently working for Agora Cyber Charter School.  She and her husband have lived in the area for many years.  Both of Coach Anna's children swam competitively along with enjoying several other sports and graduated from the Woodland Hills School District.

Coach Anna was a swim instructor and life guard at the Wilmerding YMCA for over 24 years. During that time she taught both children and adults from beginner to competitive level swimming skills. Many of her students have gone on to become lifeguards, swim instructors and swim team participants at local swim clubs, high schools, and colleges. Her experiences in competitive swimming began when her son started swimming for the YMCA at age 5.

Coach Anna became a deck official and then a meet manager for the YMCA team along with serving on the swim team board for several years. Coach Anna was involved with the YMCA team for 15 years when both of her children competed. During that time she was also involved with the White Oak swim team for several summer seasons. In 2006, Coach Anna became the manager of the Blackridge Swim Club located in Churchill, PA. She took over as head coach of their swim team in 2007 and held the position until 2011.

Coach Anna’s focus when coaching and teaching is to help swimmers to see and reach their potential, encourage a positive work ethic and foster a love of swimming that will last a lifetime!

Assistant Coach Hosea Holder, comes to WHAT with over 50 years of coaching competitive and recreational swimming experience.  He is the oldest African American coach registered with USA Swimming and is the 2nd oldest coach associated with AMS Swimming.

Coach Holder moved to Pittsburgh from Birmingham, Alabama when he was 9 years old and fell in love with swimming.  He learned to swim at Ammon Pool in the Hill District and that’s where his passion for swimming started. He became a lifeguard and his passion for swimming evolved into a coaching position in 1965. Coach Holder has always wanted to coach children from various socioeconomic backgrounds.

Coach Holder is a “stroke enhancement specialist” whose strong philosophy of dedication, hard work, and perseverance has produced champion swimmers for more than 45 years.

Coach Holder continues to live his passion for swimming and he knows the value of the sport.  He believes that swimmers show their greatness not when they find success, but when they fail to achieve their goal.  He sees good in everyone and he uses that insight to inspire his swimmers to overcome adversity in the moment and to be their best. 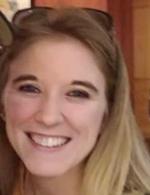 Kristen began swimming at 8 years old, and has been involved with the sport in some capacity ever since. She swam for the Monroeville Marlins & Gateway Heights Swim Club as a kid, and also swam for the varsity team at Gateway High School. After graduating high school, Kristen began coaching for Gateway Heights. She spent 6 summers (2009-2015) coaching for the Gators. She also spent 3 years as an assistant coach for the Monroeville Marlins (2012-2015). In the fall of 2015, Kristen moved to central PA for a job, but continued coaching for 2 years as an assistant coach for the Bellefonte YMCA.
In addition to coaching, Kristen spends the rest of her time working as a teacher. She has her Bachelors from Slippery Rock University in Elementary Education and just completed her Masters in Reading Education from Pitt. She currently is working as a Reading Specialist at Ellwood City Area School District. 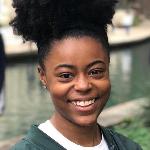 Kristina Lewis started coaching for WHAT in 2018. She is an alumni of Woodland Hills graduating in 2014. Her competitive swimming career began at 9 years old with WHAT. She competed on the high school team and was a 3x WPIAL qualifier in the 200 freestyle and 200 medley relay. During high school and summers in college she taught swim lessons with the WHAT swim school.  Kristina also coached the Garden City Dolphins (2015-2016) with a 3rd and 2nd place finish in the ESA championship.

Coach Kristina received her bachelors degree from Michigan State University in Athletic Training. She was a part of the Army ROTC program as well and is now an Officer in the Army Nation Guard. In addition to WHAT, Kristina is also the head Volleyball coach at Woodland Hills Hills High school and plans on pursuing a physical therapy degree. Kristina is excited to be back at her alma mater to continue developing swimmers. 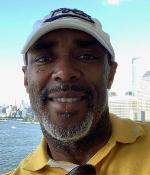 Coach Derek found his passion for swimming at the age of 6, at the St Clair Village community pool, when a lifeguard by the name of Roger had to save him from drowning in a public pool.  Roger, who rescued Coach Derek, taught him how to swim.  From there, Coach Derek went on to swim competitively at Gladstone Middle School and Taylor Allderdice High School. Coach Derek worked as a lifeguard for the Pittsburgh Citiparks division, where he has taught swimming lessons to hundreds of kids who didn't know how to swim.