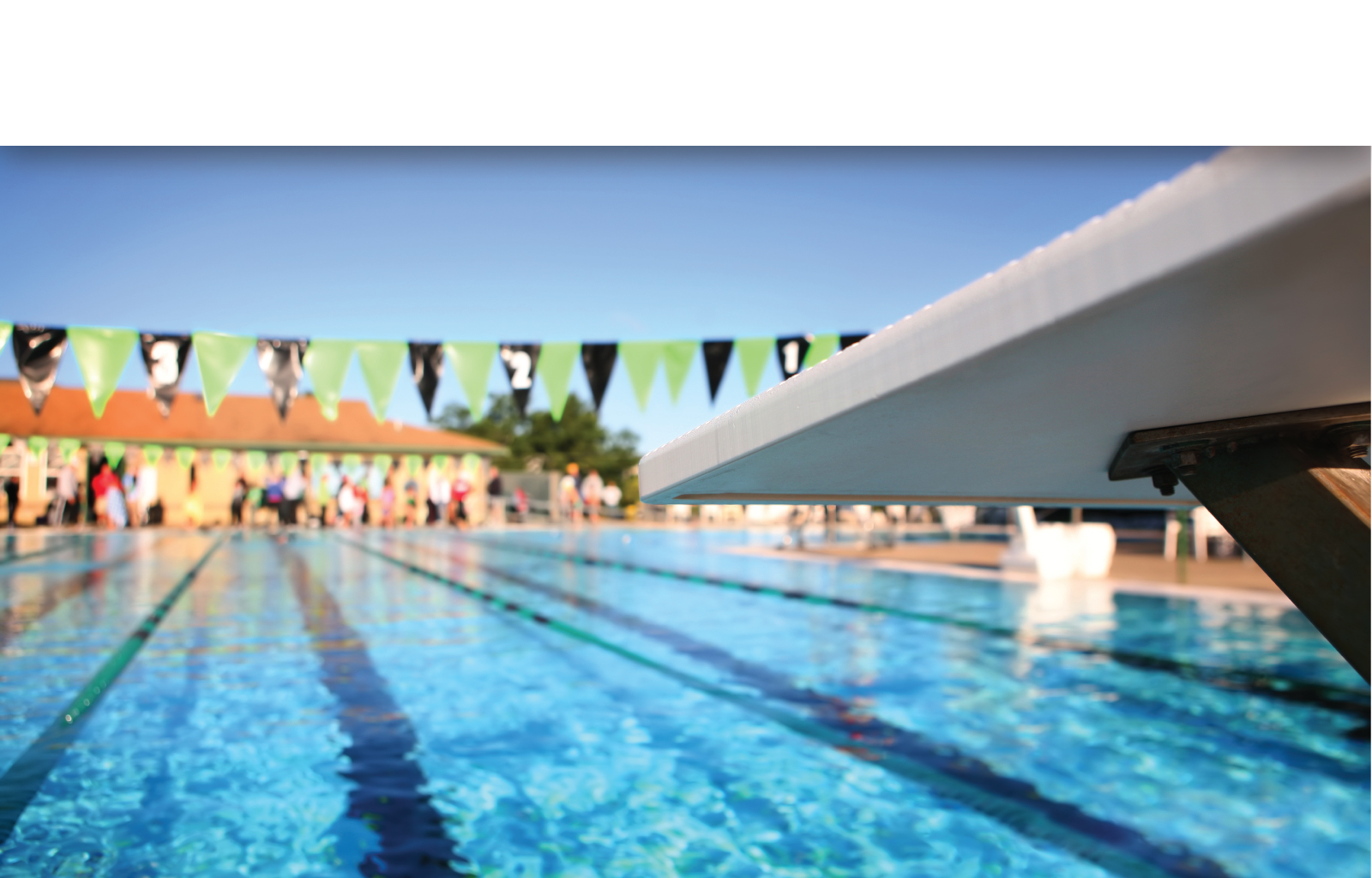 With sixteen years of competitive swimming experience and international accolades as a Professional Triathlete, Joe Zemaitis brings a lifetime of experience in competitive sports to his work with the Swim Neptune.  Joe’s coaching philosophy is rooted in the film belief that every child has a genius - a natural talent that, when recognized and unlocked, paves the way to a lifetime of success.  Knowing the vast array of critical life skills and lessons learned through sports participation, Joe is a strong proponent of the myriad benefits for every child.

In 2002, Joe launched Swim Neptune, a year-round competitive USA Swimming Club that has grown to include locations across the Phoenix metro area and continues to nurture young swimmers in pursuit of their competitive goals.  Joe's current leadership in the sport of swimming includes the roles of Admin Vice Chair of Arizona Swimming and the Chair of the International Ice Swimming Association-USA.

Beginning in 2006 Joe trained teams of young swimmers to complete the swim from Alcatraz Island to San Francisco.  After one swimmer achieved this goal in 2006 the program grew to include hundreds of swimmers in an annual event approaching it's fifteenth anniversary.

In 1998 Joe set the 19 and under record at the Hawaii Ironman Triathlon, the result of a goal he set when he was 12 years old.  He has completed a total of seven Ironman races, including four at the World Championships in Hawaii.  He was named the USA Triathlon 2005 Professional Rookie of the Year.  Joe won two Junior National Championships, is a six-time Triathlon All-American, and has represented the USA in ten World Championship events.  He competed in 13 countries and 27 states during his career as an amateur and professional triathlete.  Currently, Joe is one of the world's most prolific Open Water Swimmers.  He holds the world record for Longest Lake Swim (Multi-Segment), swimming nearly 70 miles non-stop in over 47 hours.  His full list of open water swims is here. 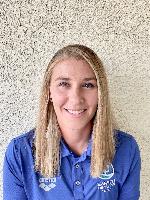 Alex started swimming at 7 years old and competed in multiple national and international competitions. At the age of 14, Alex qualified for the Junior European Olympic Festival where she came in 7th place in the 200meters breaststroke.  Alex is multiple national champion and record holder for Romania in multiple strokes and distances.

In 2010 Alex received and accepted a full tuition athletic scholarship at the University of Alabama. Her outstanding athletic performance qualifies her as a member of the 2011 All-SEC Freshman Team (Southeastern Conference). The following year Alex received the Academic Honor Roll award for outstanding academic and athletic accomplishments.

In 2012 she transferred to Arizona State University where she placed 3rd at the PAC 12 Championship in 200yard breaststroke and broke the ASU school record in 200 Individual Medley, record which still stands today. Alex was two-time Team Captain of the Swimming and Diving team and made the Dean List in 2013 and 2014.

At the international level, one of the biggest athletic achievements was the participation in the World Championship in 2013 in Barcelona, Spain.

Alex graduated in May 2014 from ASU with a Bachelor of Interdisciplinary studies in Psychology and Criminology. The following year she pursued a Master’s degree in Higher and Post-secondary Education Administration, which she completed in May 2015.

A series of unfortunate physical issues that didn’t allow her to continue as an athlete and the passion she has for the sport motivated Alex to chase a career as a swimming coach.

In August 2015, as the first coach and employee of Pitchfork Aquatics, Alex helped and supported the start and development of a new swim school and club team that has grown to over 120 swimmers. With a group of only 13 age group swimmers, Alex had 100% qualification at the 2016 Age Group LCM Championship with 10 top 3 finishes.

Ron Gercke is a coaching legend in Arizona.  With over fifty years of on-deck coaching experience, Coach Ron is without question the most accomplished and prolific swim coach in the history of the Arizona.  Ron was just the 25th swim coach in the US to achieve ASCA Level 5 certification, the highest available.  He holds 10 National Certificates of Excellence as one of the Top US Swimming Coaches, is a Four Time Olympic Coach and has been a coach for the Olympic Development Camp at the Olympic Training Center prior to the Sydney Olympics.

Coach Ron’s swimmers have gone on to succeed at the highest levels of the sport.  Ron has coached 5 Olympic Swimmers, 2 Pan-American Swimmers, and 2 NCAA Champions.  He has coached 15 different swimmers to National Age Group Records.  32 of his swimmers have achieved top 25 World times.

Coach Ron is an expert at preparing kids to swim at the collegiate level.  He has coached over 200 swimmers who have received swimming scholarships to Division 1 and Division 2 schools including some of the top schools in the country.  A partial list: Stanford, Harvard, Yale, Brown, Princeton, USC, UCLA, Texas, SMA, Notre Dame, Northwestern, Indiana, Michigan, ASU, and U of A.

Coach Mark joins the ranks of the Dive Neptune program in Glendale, and we are lucky to have him:

Coach Helen has nearly 20 years experience as a swim instructor, novice swim coach, and team administrator. Helen also brings many years of experience as a swim parent and certified swim official to her work with the team. She began working with Swim Neptune in 2002. Coach Helen graduated from ASU with a BA in Political Science and a teaching credential.

Joe Johnson has been coaching in the Phoenix area for over 20 years. His coaching career began as a volunteer assistant coach for Thunderbird High School where he was a 4 time state championship qualifier, team captain & 4 year letterman. Joe would remain with Thunderbird until the 2013 season when he "retired" from his position of Co-Head Coach. During his time at Thunderbird, the Chiefs had dozens of state & regional champions and state & region record holders.  Also during his time with the Chiefs as a coach and athlete, Thunderbird won 12 Men's and / or Women's regional team titles and the men were 3 time AZ State champion runner's up.

In 1999, Joe also had the opportunity to become a coach for Moon Valley Aquatic Club. MVAC had less than 20 athletes on the roster at the time, and over the next few years Joe and his staff built MVAC to team size of nearly 100. During his time at MVAC, Joe produced several state and sectional qualifiers, a AZ state champion relay, and 4 future NCAA athletes. Joe also eventually became the Aquatic Director for Moon Valley Country Club. Joe has also been the head timing administrator for the Country Club Swim League since 2000.

In 2011, Joe joined the staff at Swim Neptune and was soon promoted to Head Senior Coach. During his time with Swim Neptune, Joe has helped to produce over a dozen AZ State Champions and 15 Sectional Qualifiers, numerous state record holders, Six NCAA athletes and an AZ High School State Champion. Joe's athletes were also integral in helping Swim Neptune win 7 Arizona state team championships. Joe also was also the assistant national team coach for the short-lived merger of Swim Neptune/Arizona Gold in which he got to implement first-hand the training regimen of some of the most elite athletes in Arizona.

After a few years away from coaching, Joe returned to Swim Neptune in 2020 at Moon Valley Country Club.

In his free time, Joe is an avid hiker and has hiked the Grand Canyon 20 times (and counting).