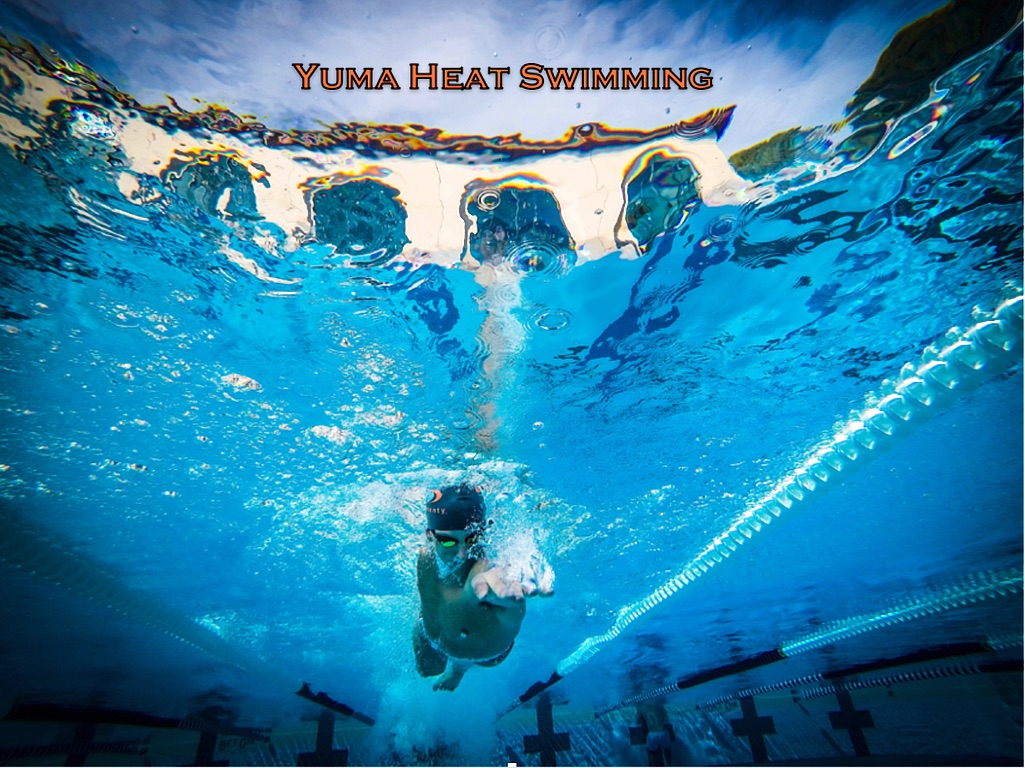 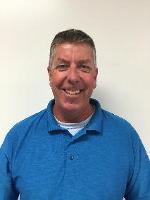 Coach Mark start swimming competitively for the Fallbrook Area Swim Team (FAST) in 6th grade.  (it's still a deja vu experience to be at meets with FAST in attendance). He swam competitively through middle school, high school and college.  During this time he also was very involved in Water Polo. He was part of the teams that won the San Diego Section CIF championships in 1978 and runner up in 1979(yeah that's a while ago).  While in high school he qualified and competed in the CIF San Diego Swim and Dive Championships all four years. He still remembers his 100 Backstroke time of 56.1 seconds (this was when there were only open turns allowed and no underwater dolphin breakouts).  Coach Mark continued his aquatic career by playing Water Polo at the Junior College level at Palomar College and then moving on to Cal Poly San Luis Obispo. While still at Cal Poly he was part of the Wheelman, the competitive cycling team and competing in road races and criteriums regionally.

After graduating from Cal Poly, Coach Mark has coached a multitude of sports and activities in the schools he has taught in or been involved in administration for.  These include Boys Basketball, Baseball and Softball (outfield coach), Robotics, Chess and Track (distance).

Coach Mark moved to the Yuma area in 2012 and started coaching for Kofa High School.  His initial year there were 21 swimmers on his squad. In the six years leading the program there he now consistently sees team sizes in the 50’s.  He is very proud of this as he sees how the introduction of swimming in many of these new swimmers expands their involvement in school and improves grades, attendance and enjoyment of the high school experience.

When Coach Mark became the Head Coach for the Heat, the club was in the midst of some challenging times.  The team struggled to have kids meet the Junior Olympic (the called regional) time standards. In conjunction with an amazing set of board members, strong and continued support of parents, coaches who really care about the athlete as a person first then a swimmer we had the most successful year in team history.  The 2018 Short Course season saw the team send the most swimmers in team history to the Junior Olympic State Competition, the second most swimmers in team history to the Age Group State Championships, 7 athletes to the Far Western Championships and even sent an athlete to compete at the Speedo Sectional level. The future is looking bright and he continues to look for even bigger accomplishments as the Heat program expands.

Coach Theresa grew up swimming competitively with Hillside Aquatics Club in Southern California from 5-18 years of age. It was then and there where her love for the sport of swimming, teaching and coaching developed. She also swam on her high school varsity swim team all four years. She was a CIF qualifier in the 200 and 500 Freestyle her freshman- senior year.

Theresa became a water safety instructor, lifeguard, and club swim coach all while she was in high school and has done it ever since. She attended Franciscan University Of Steubenville, where she earned a BS in Mental Health and Human Services. In college she meet her husband, Peter. Peter is a Special Forces Green Beret, and is working at YPG as a HALO Instructor. They have 5 children, four of whom swim for the Heat.

Theresa was a head swimming coach for Phoenixville Area YMCA for 6 years from 2004-2010. She coached 200 athletes from the novice to national level. She recently came from Coast Aquatics, out of Destin Florida, where she was a assistant coach for the novice and age group levels, from 2012-2017. She is thrilled to be given the opportunity to coach with Yuma Heat. She believes that together we can develop strong, competitive, educated, happy, confident, and well rounded swimmers! 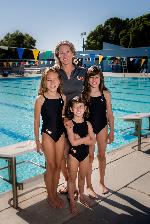 Coach Jen Shoemaker began as a volunteer with the Heat as soon as she moved to Yuma in 2016.  Originally from San Diego, she has been a swimmer and swim teacher since high school.  She swam for Palomar College in San Marcos, while working as an ocean lifeguard for Camp Pendleton, Del Mar and San Onofre, and the City of Encinitas.  She currently swims with the Heat’s Masters program and has swam numerous open water events including the La Jolla Roughwater 3-mile Gatorman, Waikiki Roughwater, and Newport Beach pier to pier swim.  She received an M.A. in English from the University of Hawaii, and a M.S. in Library Science from Florida State.  She has three daughters, who all swim for Yuma HEAT.

My name is Shantele Sajdowitz and I have lived in Yuma for 8 years. My husband and I moved here after getting married in July 2010. We have 3 dogs and 1 son (Colton James) who was born in June of 2015. My son takes up a majority of my time and I love spending time with him. As a family, we enjoy being outside and riding on our jet ski in our spare time.

I am currently a special education teacher at Yuma High School and was the Head Swim Coach at Yuma High School for 2 years. I was a competitive swimmer from the age of 8 all the way through my senior year of college. I swam for Black Dog Swim Club in Burnsville Minnesota and then went on to swim for Carroll College in Waukesha, Wisconsin. Through my college years when I wasn't busy swimming, I was also a swim instructor for a private swim school. I have always had a passion for the sport of swimming since I became a competitive swimmer and enjoy watching the kids progress through the program.

I have been a part of the Yuma Heat for the past 2 years now in various roles such as age-group assistant coach and now the pre-comp head coach. I have enjoyed my time with the Yuma Heat and hope to continue to impact the lives of children as they move through our program. 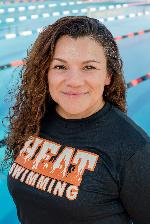 Naomi has been part of the HEAT swim family for five years. Naomi has two children on the Yuma Heat swim team. She swims with the Masters Program and you can find her swimming laps in the morning swim.  When she's not coaching, Naomi is working with Special Needs children as a Speech Therapist.