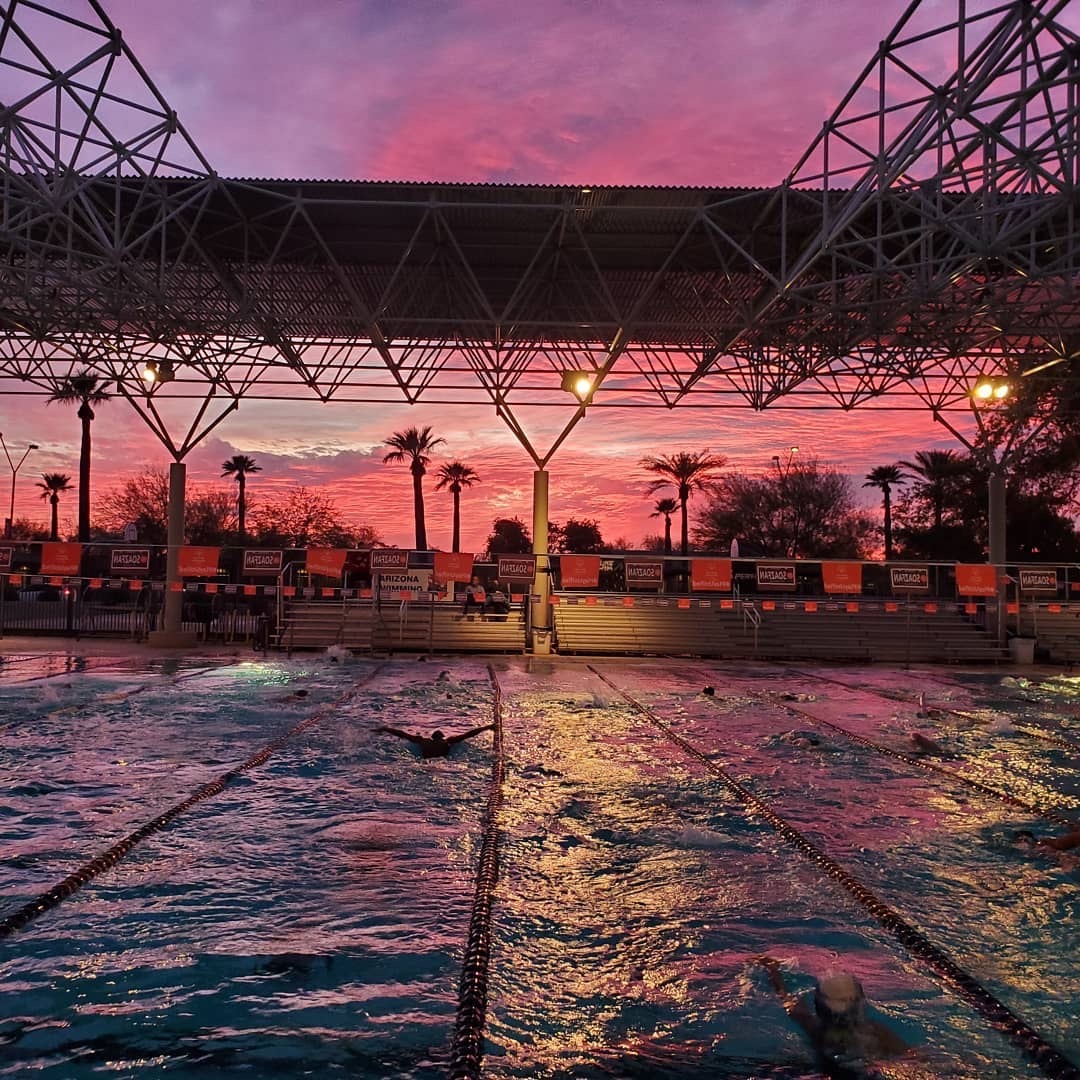 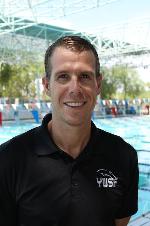 Darian Townsend’s swimming career started at a very young age in South Africa, where he grew up. He swam for Seals Swimming Club and attended high school at Maritzburg College, during which time he won numerous school championships and broke multiple records. After high school, Darian moved to Florida and joined the University of Florida Swim Team and subsequently transferred to the University of Arizona. As a member of both teams, Darian won 2 NCAA titles as an individual (200 free and 200 IM), 5 relay National titles and 1 Team Title.

He attended the Olympic Games in 2004 (Athens, Greece), 2008 (Beijing, China) and 2012 (London, England). In 2004 Darian won a gold medal for South Africa as part of their 4 x 100 freestyle relay team.. He also attended the World Championships and the Commonwealth Games as a member of the South African Swim Team.

Darian's biggest individual  accomplishment  as a swimmer was in 2009 when he broke the World Record in the 200 IM in Berlin, Germany.

Since earning his US citizenship in 2014 Darian has represented the United States at Nationals, World Championships and the Pan American Games where he won 2 silver medals. He attended the US Olympic Trials in Omaha, Nebraska during the summer of 2016 and most recently has attended several Masters meets for which he now holds multiple Masters World Records. He continues to train at the YMCA as part of the Masters Team.

Darian has taken the next step in his career by accepting the role of Head Coach of the Westside Silver Fins. He currently coaches the Senior Elite group. Coach Darian is passionate about swimming and hopes to be able to pass on the knowledge he learnt in his swimming career to the swimmers he now coaches.

David is beginning his 2nd year as Head Age Group Coach for the Silver Fins.

In his 1st season with the team he had multiple top 10 swimmers in Arizona Swimming.

Before Coaching for the Silver Fins he was the Head Coach for the past 16 years for the Mandell JCC Sharks Swim Team in West Hartford, CT.

Over Coach David’s career he has had many successes in and out of the pool.  In 2016 he was name the Connecticut Swimming Age Group Coach of the Year.  In 2013 he was selected to be a coach for the Connecticut Zone Team. He continued in that position thru the Long course 2018 season.

His Teams and Age Group Programs has finished in the top ten for the past 10 years with multiple Age Group Champions. His swimmers have broken and held multiple State records. Coach Dave has had over 70 swimmers qualify for Western & Eastern Zone Championships. He has had Multiple Sectional, Futures and 4 Junior National Qualifiers swim from him.

He Graduated from CCSU in 2006 with a degree in liberal arts. David Swam competitively for 10 years. He swam for Hamden North Haven Swim team for 3 years before moving to the Hopkin Mariners Swim team out of New Haven for the next 7yrs. A 4 year letter swimmer for Notre Dame H.S. in West Haven. A member of the 2002 State Open Champion Notre Dame High School Swim Team.

David is excited for the Silver Fins to have successful season. 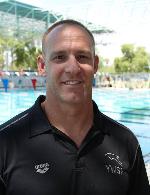 Hi! I am Randy Gertenbach and I coach the Senior Group. I started swimming competitively at the age of 8 in El Centro, CA, with Imperial Valley Desert Aquatics. I swam club and high school, which paved the way for me to swim in college at the University of Pittsburgh.  At University of Pittsburgh, I was an 11-time Big East Champion, which ranged from the 100 and 200 breaststroke, and 200 IM.  I qualified for NCAA’s in 2002, 2003, 2004 and was a 3 –time All American in the 200 breaststroke.  After graduating from the University of Pittsburgh with a Bachelor’s degree in Applied Mathematics, I then pursued my Master’s Degree in Educational Leadership and Cross-Cultural Teaching Techniques at the University of California, San Diego.  I am currently a High School Math Teacher, as well as being an assistant swim coach on this amazing team!!

My coaching philosophy is commitment, teamwork and pride in what you do will can take you anywhere. I believe that we are all “teachers” when it comes to swimming, and we learn and grow every day.

I am a person that loves to give back to his friends and community, and coaching swimming is something where I can do give back to both.  I love that I am able to share my love of swimming with our athletes. Swimming has shaped me and my individualism, and I feel it can do the same for our present and future swimmers 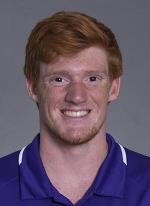 Nathon started competitive swimming and teaching swim in Marietta, GA at the age of 13. He moved up rapidly through the swimming ranks to compete at the Junior National, National, and NCAA DI levels while learning all he could about the sport through his coaches and teammates. Athletes Nathon taught and coached have been ages 3-70 and include several county champions, GA State qualifiers, GA State champions. During his first year of coaching in the valley, he has brought young athletes up to the Junior Olympic, AZ Age-Group State, AZ High School State, and AZ Senior State levels.


Nathon says “I am a huge believer in making teaching technique and quality hard work fun! Swimming has given me much to be thankful for over the years – many memories, friends, mentors, and my attitude in life. I hope to grow the sport as much as it has, and is still helping me grow. I look forward to seeing y’all on deck!” 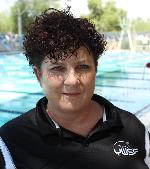 Denise is currently a swim instructor for the Southwest Valley YMCA and also coaches our Fins I and Fins II groups. 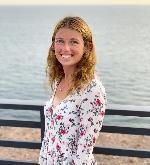 I have been teaching swim lessons since 2018 and lifeguarding since 2019 at the YMCA. I used to help coach my swim team in California and I am very excited to help coach the Silver Fins. I am a big believer in how competitive swimming is a process that takes time, hard work, determination, and perseverance. I look forward to helping every swimmer both in and out of the pool, and I can’t wait to see all of you on deck!

My name is Kiera Suaverdez and I am a stay at home mom to 4 children-Landon, Marlee, Norah, and Olivia. I have been a member of the PAC since 2017 and have recently taken on the role as PAC President. Most of my time is dedicated to volunteering at my kids school and throughout the community. I also enjoy running, biking, hiking, and yoga.  My goals for the Silver Fins are to help provide consistency, open up communication, and encourage team involvement.

All 4 of my kids are a part of the Silver Fin family, so you will often times see me on the pool deck.  If you ever have any questions, I am always around to help.

Thalia started competitively swimming at the age of 6 with the Okinawa Dolphins Swim Team. Every year from 2004-2011 she qualified for Japan’s Tokyo Youth Championships. She has also competed with Yuma Heat Swim Team, Kubasaki High School, and Millennium High School. While living in Japan she has had the opportunity to not only swim but also compete in triathlons and compete vocally in singing/talent competitions. Thalia has been coaching for 6 years and has been involved with swim for 20+ years. Her mom/coach has competed in the Seoul, South Korea 1988 Olympics and has heavily influenced her passion to coach and swim. Her events are 800 Free, 400 Free, 400 IM, and 200 Breaststroke.
“I’m determined to create a fun and safe environment for athletes in hopes that they will follow suit and teach others about the love and passion of this sport.”
Currently, Thalia is also the head coach of Trivium Preparatory Academy.