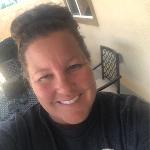 Coach Kristie started the Murrieta Makos Swim Team in 2017 and brings over 10 years of coaching experience to the Murrieta Makos Swim Team. Kristie is a certified ASCA Level 4 Age Group coach, certified stroke technician with ASCA and a certified Lifeguard. Her previous experience coaching has been with some of the top programs in the area, which include Mesa Aquatics, Circle City Aquatics (site Head Coach), and  Star Aquatics (Head Age Group Coach).  She has coached swimmers that have gone on to be Nationally Ranked in USA Swimming's Top 10 and Top 16 in the country for all age groups. Kristie has also coached swimmers at the Sectional level, Junior Olympic finalist qualifiers level, June Age Group finalist qualifiers level, and SCS Championship swimmers in the top 8. Coach Kristie also assists in leading the Vista Murrieta High School Varsity swim team since 2015, with leading several swimmers to qualify for Finals at the South Western League CIF Division 2 Championships. She has also coached athletes to achieve scholarships and compete in D2-D3 colleges to follow their passion in swimming.

Coach Kristie is married and has 4 daughters, 2 that still live at home and 2 that go to Northern Arizona University. Prior to coaching, Coach Kristie is an LVN, specializing in medically fragile pediatrics. Coaching is where Coach Kristie spends most of her time doing what she loves and always educating herself to give her athletes opportunity and the best technique. Coach Kristie’s philosophy is, first technique , then speed. You will often here her telling her athletes, “If it doesn’t challenge you, then it won’t change you!”