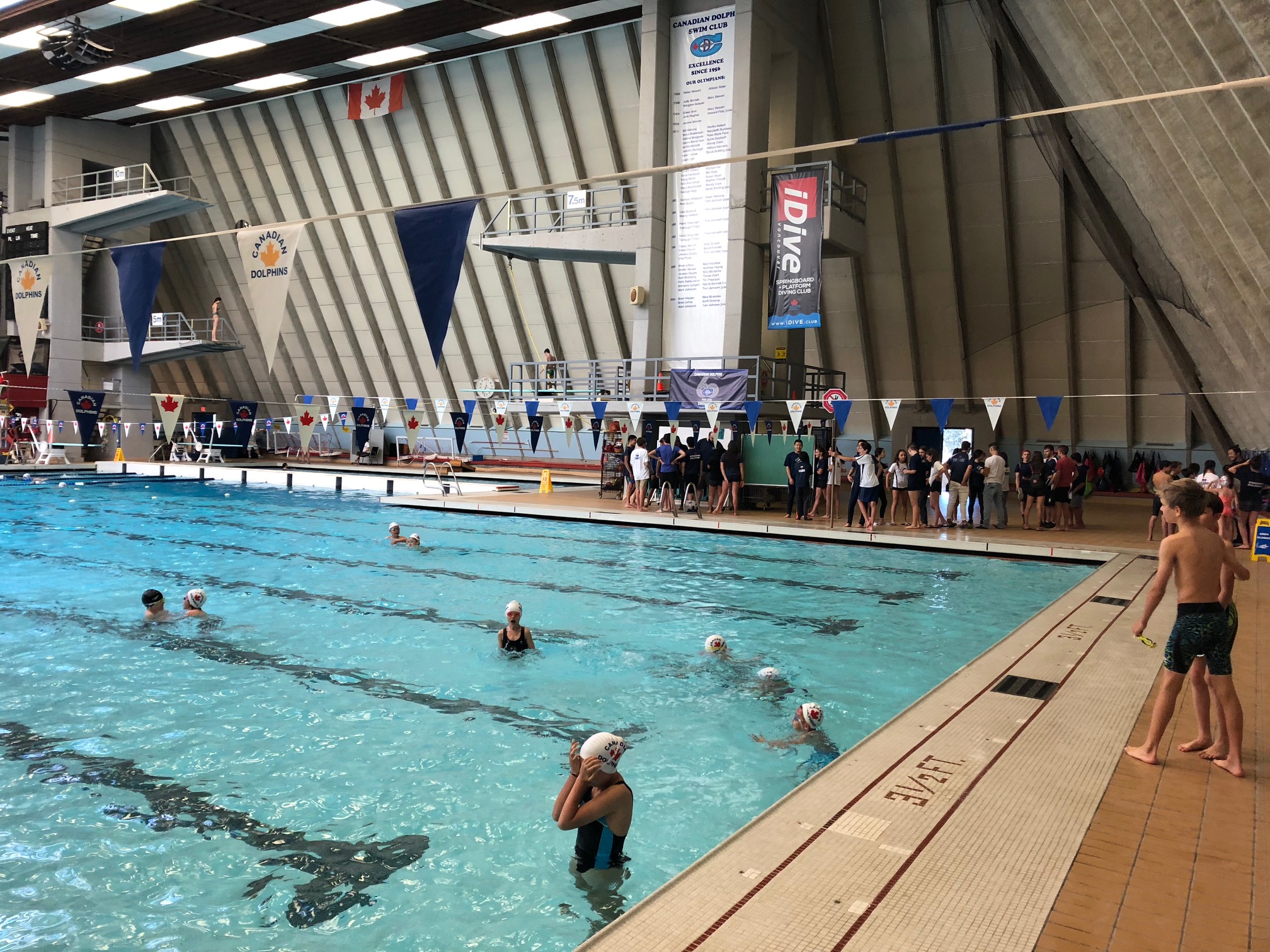 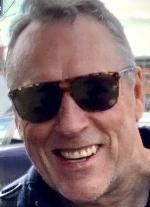 Kelly began coaching swimming because of the fun and friendships he had while he swam. Over the past 30 seasons, he has coached with some of the best coaches Canada and other countries have had including: Deryk Snelling, Jim Fowlie, Tom Johnson, Dave Johnson, Clive Rushton, Kevin Thorburn, Pierre Lafontaine, John Hogg, Steve Price, Mike Blondal and Howard Firby. He has been fortunate to learn various coaching techniques from all of these great coaches, as well as develop some great age group swimmers over the past twenty plus years with the Canadian Dolphin Swim Club.

Kelly is approaching his 25th year of coaching the Canadian Dolphins. Our club attracted Kelly because of its former greats, such as Leslie Cliff, Elaine Tanner, Steve Pickell, Gail Amundrud and Cheryl Gibson to name a few. The Canadian Dolphins has a vast and great history and one that has survived the ages. In the history of the CDSC, there have only been 4 or 5 head coaches of which Tom Johnson and Deryk Snelling still remain active within Canada and Bill Rose is still heading up a team in the U.S. Unfortunately, one of the greatest coaches, Howard Firby, passed away a while ago.

Kelly also has been fortunate to coach various Canadian and provincial record holders while they were in their teens such as: Maya Beaudry, Michelle Mange, Brent O’Connor, Darryl Rudolf, Taryn Lencoe, Shannon Hackett, Haylee Johnson, Zach Somjen, Desmond Strelzow and Tamee Ebert, to name a few. Some of these athletes participated in the Olympics, Commonwealth Games, World Championships, Australian Youth Olympics and various National and International meets.

Kelly's philosophy is that talent in itself is not the key to winning, but the swimmer also has to have a strong desire to succeed, work hard and have a great attitude towards training. Kelly believes that if an athlete is to become one of the best, he or she also must have attributes such as overall physical development, a great attendance percentage, a positive attitude, belief in the system as well as talent and the desire to succeed. An athlete who does not make excuses but rather learns from his or her mistakes is far more likely to succeed in the long run. Taking ownership of their own training, habits and abilities will only further develop great athletes.

Kelly believes that the sport of swimming helps our swimmers become better people by giving them direction and helping them to manage their time. It gives an athlete a chance to travel, to meet new friends and to gain confidence by persevering until they succeed. Teaching the swimmers the basics and rehearsing great technique, attitudes and efforts are ways in which CDSC athletes will succeed.

Jennika started competitive swimming while growing up in California. She competed at a national level in high school which afforded her the opportunity to swim for the UBC Thunderbirds as a distance swimmer while completing her degree in Anthropology.

While swimming at UBC, Jennika started coaching for VPSC. Once she had finished her own swimming career she continued coming to the pool every day in the hope of inspiring the next generation of swimmers.

After working for VPSC for 3 years and spending 2 summers working with the summer club in Duncan,  Jennika moved to Vancouver Island to work with Island Swimming. After 4 years at Island Swimming as Head Development Coach, assistant to the Senior Group and yoga teacher, Jennika moved to Tyee Aquatic Club where she was Assistant Head Coach for two seasons. Jennika joined CDSC in September 2018 as our Assistant Head Coach.

Jennika’s coaching philosophy is aimed at developing not just great swimmers, but great people. She loves working with athletes and helping them reach their full potential in and out of the pool.

In her time away from the pool deck Jennika enjoys yoga, trying new restaurants, and travelling.

Please join us in welcoming Jennika back for another great season with our Dolphin family!

Khosro has been coaching with the Canadian Dolphins since 2001 and is responsible for coaching our youngest developmental swimmers. He also spearheads our monthly developmental mini-meet program .

Khosro started swimming at age 13, and by age 17, he had broken the Iranian 100m Breaststroke LC record.

Prior to coming to Canada, Khosro coached the Iranian Youth Development Team in waterpolo and swimming, and coached at the Athletic University in Athens, Greece.

Khosro’s talent and passion for coaching is undeniable and we are so fortunate to have him with us once again! 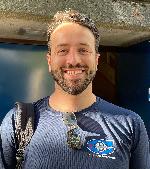 Alex swam competitively for sixteen years which included various competitions at the provincial, national and collegiate levels. He swam with the Dollard swim club in Montreal before moving to Burnaby to swim for SFU.

He was the head coach of the Burnaby Barracudas for three years and then coached for the Surrey Knights swim club for one year and then was at Hyack for five years. He was part of the BCSCA youth, junior and age group coaching staff of the year for the 2018-2019 season and was part of the BCSCA development coaching staff of the year for the 2016-2017 and 2019-2020 seasons. Over the years, many of his swimmers have gone on to final and win multiple medals at provincials.

Alex has a B.Sc. in health sciences and holds his level 2 coaching certification.

Alex is very excited about the new season where he can share his passion and knowledge of swimming with his swimmers to help them become the best athletes they can possibly be.

Carlie started competitive swimming at a young age and swam competitively for over 10 years. She went on to become a WSI and LSI instructor, and later on to swim coaching with the Calgary Dolphins Swim Club, and the Okotoks Mavericks Swim Club. She brings a Bachelor of Kinesiology in Pedagogy and Coaching, is a certified Level 1 NCCP swim coach, and years of experience coaching sports and teaching health curriculum to various ages and stages. She is currently working towards her NCCP level 2 coaching certification.

Carlie is excited to join the coaching staff with the Canadian Dolphin Swim Club this season.  As a coach, Carlie believes in developing well-rounded athletes who can enjoy swimming their whole life long. She is motivated to foster personal growth among athletes through the exciting experience of competitive sport, and creating a team environment where youth can thrive and reach their goals.

Outside the pool, Carlie enjoys playing outside on a paddleboard, skis, bikes, and discovering her new city! 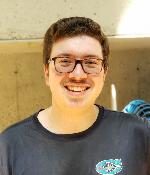 Iain has been a coach with the Canadian Dolphins since 2016, coaching swimmers over a variety of Age Groups.

Iain swam competitively for 10 years with the 1500 m being his favorite event. He has recently graduated from UBC with a major in Chemistry, and attributes his academic success to the focus and discipline he developed as a competitive swimmer.

Iain is a certified NCCP Level 1 Coach and holds both his National Lifeguard and Red Cross Standard First Aid certifications.

Iain is passionate about the sport of swimming and hopes that his experience and knowledge of competitive swimming can guide all of his Dolphin swimmers to success.