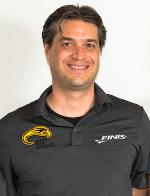 Coach Luis moved to Canada to start as the GSH Head Coach in Sept 2017, he has helped GSH swimmers to qualify for various National competitions (Jr/Senior Nationals, Easter, Trials). He has also worked with the coaching staff to install a "technique first" philosophy and with that give structure and a training system for each of the groups within the club.

Prior to coaching with the GSH, Luis coached in Mexico since  2004, he coached all levels from pre-comp to International level and had the opportunity to work with Olympic coaches side by side. Luis had one swimmer on the Mexican 2016 Jr. Pan Pacific Team and one swimmer on the Mexican 2017 Jr. World Team. As well as some Mexican National Champions and National Record holders.

Luis graduated in 2003 from the Universidad Panamericana and has a BS degree in Ingenierring, he also swam for many years, was part of the Mexican national team and finished his swimming career in the top 4. 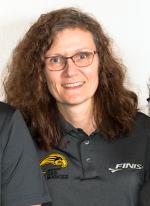 Sheri swam competitively for several years in her hometown of Hamilton Ontario, then began Coaching many years later with the opening of the GRC and Goulbourn Aquatic Club in  2000, where her 2 children were members.  She was part of the GFSC (currently Swim Ottawa) Coaching Team for 9 years then returned to her roots with the Seahawks in 2014.
Sheri is Certified as a Level 1 Coach, Level 2 trained, and currently working to become Level 2 Certified.  She has worked with a variety of different levels of swimmers, pre-comp, Bronze, Silver and Gold as well as being the Coach on Record for an International Level Para swimmer.
She loves to Coach, believes everyone swims for different reasons and encourages each swimmer to set their own goals and strive to be the best they can be in and out of the pool.

Born and raised in the United Arab Emirates <æ<ê I had a fantastic opportunity to work with Jack Simon, a three-time world record holder coach. I had a chance to work with Hamilton Aquatics, the most significant swimming academy in the Middle East.

Participating in swimming and learning advanced bodyweight exercises has shaped me into the mentally and physically strong individual I am today. Because of the impact swimming has had on my life, I am passionate about teaching discipline through swimming and exercise.

Being an experienced and certified swimming coach, I want to support each individual in reaching their full potential. I moved to Canada In July 2020 and started coaching with the GSH as Lead coach in September 2021.

To all my swimmers, I would like to say don’t rely on motivation. It is temporary. DISCIPLINE will ensure your consistency and success.

Vanessa is a GHS former swimmer. From 2008 to 2015, right when she started coaching.

ln 2017, she left for Queen’s University to pursue a degree In History. But she came back to coach with the GSH in 2020 and is looking forward to continuing coaching while she pursues her Bachelors of Education from Nipissing.

She has also worked as a lifeguard/swim instructor at the City of Ottawa since the age of 16. Swimming has become a lifelong passion for Vanessa, which she looks forward to sharing with the swimmers she coaches. 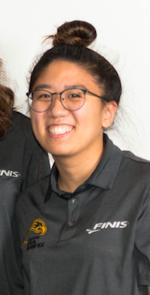 This year will mark Wai-Ling's fourth year coaching with the Sea-Hawks. She is very excited to be working with the Silver swimmers once again, and returning to work with both Bronze groups.
Wai-Ling swam with the Goulbourn Sea-Hawks for 5 years, finishing her last year with the Senior group in 2018. She is currently studying business at Carleton University and is a certified lifeguard with the City of Ottawa.
She received her NCCP level 1 certification this year and is eager to continue expanding her coaching knowledge. Wai-Ling has worked with a range of swimmers, beginning with the pre-competitive program and assisting with swimmers at the competitive level.
Wai-Ling is very excited to bring her passion for the sport into her coaching. She strives to build upon a technique-based program and she is looking forward to another amazing season!