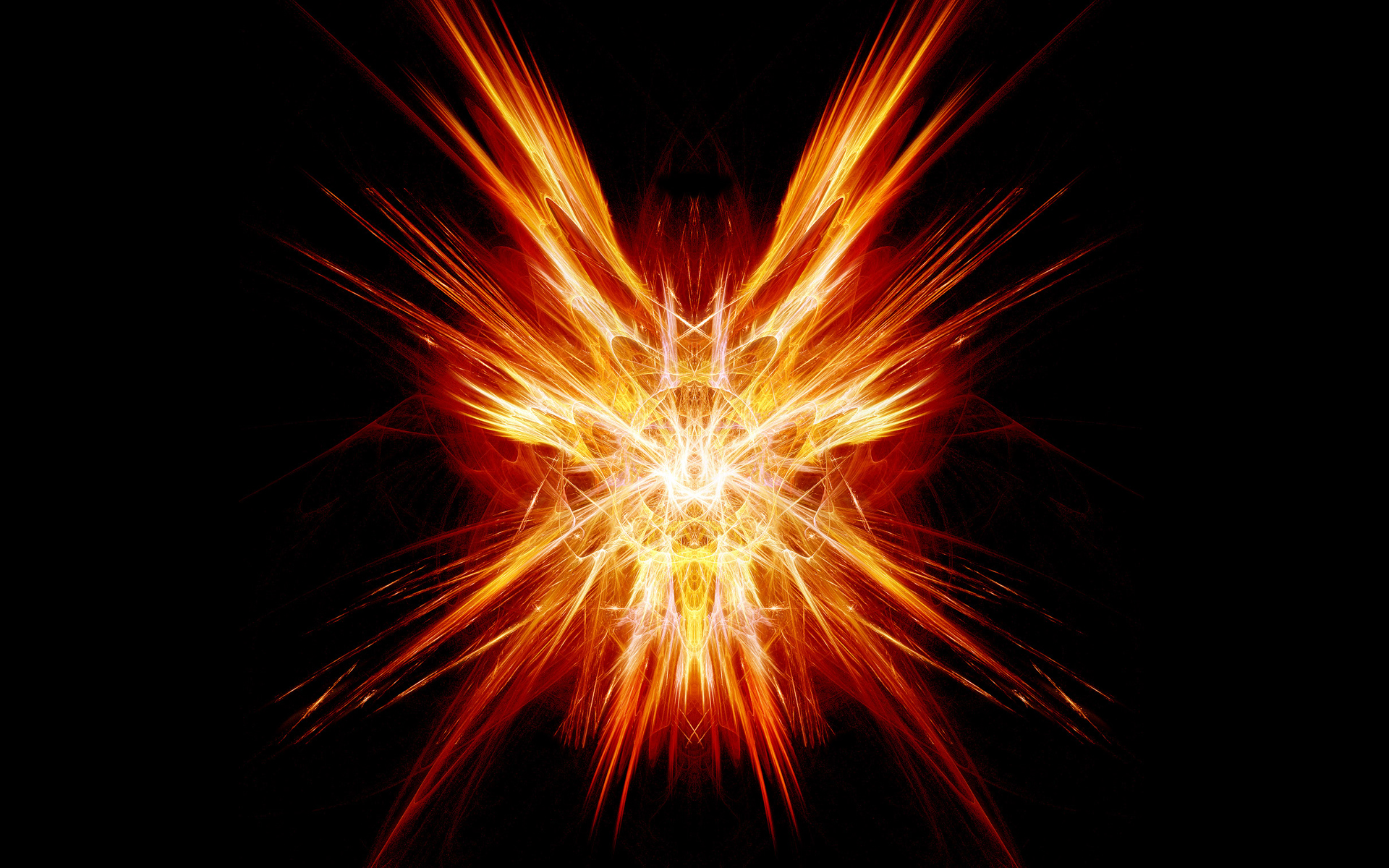 Mark Bottrill has been the Head Coach and Director of Swimming for Hyack since 1999 and a professional coach since 1987. For the 2015-2016 season he was named to the SNC High Performance Selected Coach Group. He was named a National Team Coach for the 2011 Pan Am Games and a personal coach for two major international competitions, including the 2000 Olympics in Sydney, Australia. Mark is active in the BC Swim Coaches Association serving as President several times.  Mark also sits on the Technical Advisory Committee which advises Swim BC on technical issues related to provincial swimming matters.

As Director of Swimming he promotes a team-coaching environment which utilizes the high skill level of his fulltime professional coaching staff in regular practice conditions. In this manner all coaches are involved at all levels, in all different aspects of the program from the young developing swimmers through to the senior group of the club.

"Hyack has the swimming pools, the administrative support, the team coaching environment and the financial backing to set our club apart in it’s ability to attain swimming goals for all levels through to international excellence".  Mark and his family have been Lower Mainland residents since 1992.

His qualifications include being a graduate of the University of Alberta.

Frici has been a professional swim coach since 1984. During his coaching career he has produced numerous Age Group and Provincial Champions and trained provincial record holder swimmers. He was born in Budapest, Hungary where he attended the Hungarian University for Physical Education and graduated with a Master's Degree. As a young athlete, Frici was a four-time Hungarian Senior Nationals Champion, Hungarian Age Group Nationals Champion, and member of the Hungarian National Team from 1974-1980. From 1989-2005 he was the head coach in Sopron, Hungary. After coming to Canada, he completed the NCCP's Level 3 Certificate. Frici started his Canadian career in Manitoba with the Selkirk Dolphins and Manitoba Marlins. Since 2008 Frici has been the CCAC Head Coach for HYACK. He believes that with the habit of a regular and passionate work, improvement and success will not stay long behind. He is motivating, compassionate, and demanding, he brings extensive background to HYACK. Frici has received the the Age Group Coach of the Year 13 & Under Award from the British Columbia Swim Coaches Association (BCSCA) in 2014. In 2016 and 2017, Frici was awarded the Age Group Coach of the Year 11 & Under Award from the BCSCA.  He also claimed the Development Staff of the Year (2017) with his colleagues. This recognition was based on results achieved at the BC AA Championships. Most recently, he and his colleagues were awarded the Junior & Youth Development Staff of the Year at the 2019 BC Swimming Awards

CGP Regional and 13 & over Provincial

Alex swam competitively for sixteen years which included various competitions at the provincial, national and collegiate levels. He swam with the Dollard swim club in Montreal before moving to Burnaby to swim for SFU.
His start in coaching was with the Elm Park swim team, a summer club in Montreal where he was head coach for three years. He was then head coach of the Burnaby Barracudas for three years and coached for the Surrey Knights swim club for a year. Alex is also a strength and conditioning intern at SFU where he works with various varsity teams in the weight room and on the field.
Alex is very excited about the new season where he can share his passion and knowledge of swimming with his swimmers to help them become the best athletes they can possibly be.
He has a B.Sc. in health sciences and holds his level 1 coaching certification. 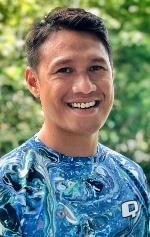 Embarking on the coaching competitive swimming journey since 2000, Rossini (Coach Sinie) has been involved in training from age group to masters; coached National Swimmers from Southeast Asia, a World Record holder Masters swimmer (age group 50-54 and 55-59 years) and a gold medalist (World Masters Swimming Championships 2014).
As a SwimAmerica Program Director and certified Strength & Conditioning and Rehab Trainer, Coach Sinie's extensive experience as a competitive swimmer and coach from The Philippines and Singapore has assisted high-level training and swimming camps in well-known swimming clubs and universities. His training idea is based on Total Quality Meters (TQM) and strategies. With his holistic approach to the sport, he adapts and focuses on movement patterns, awareness, and functionality through both water and on land.
Coach Sinie is a registered and certified member of American Swimming Coach (ASCA) and World Swimming Coach Association (WSCA) and currently resides in Burnaby, BC. 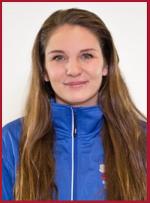 Meaghan started swimming later than most people. Having moved to Kamloops for her grade 11 year of high school, she decided to give competitive swimming a shot.  Within the year she was qualified for Senior Nationals and being recruited for university varsity teams.  She decided to go to SFU where she went to 4 NCAA Championships and received All-American honours as well as attended both World and Olympic Trials. She has been teaching/coaching all age-groups of swimming since 2012.
Meaghan has been teaching lessons for the past 7 years in both Kamloops and Burnaby. She coached Masters swimming with the Kamloops YM/YWCA 5 years.  After that she coached summer swimming in Port Moody and Kamloops. This past summer she was coaching with VPSC while finishing up her degree at UBC. She has a BA with a major in History minors in Learning and Developmental Disabilities and Curriculum and Instruction from SFU as well as a BEd from UBC. She also has her WSI and NCCP Level One Certifications. 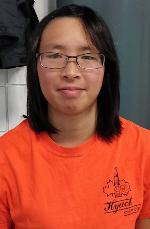 Mayumi originally from Hong Kong. Mayumi swam on and off for 6 years at the regional and high school level, competing in lower level regional swimming competitions and aquathlons before swapping her fins for deck shoes. Since leaving the pool, Mayumi has stayed involved in competitive swimming by first assisting with administrative duties at her local swim club. She continued to spend her late high school and university years on deck with swimmers and coaches discussing swimming training techniques and coaching methods. Gradually she officially transitioned in to a coaching role after graduating from the Chinese University of Hong Kong with a Bachelors of Science in 2018.
Mayumi is excited to be going in to her second year with the Hyack Swim Club and helping all swimmers reach their goals.
Mayumi is a NCCP Fundamentals Certified coach.“ 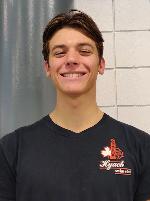 Bryan has grown up in Port Moody and has been swimming with Hyack for 10+ years.With his love for the sport, he has continued to swim with Hyack into Post Secondary. Bryan has moved through each group in the club starting in Olympic Way up to the High-Performance group, and has been coached by a majority of staff at the club. Bryan has competed at a provincial and regional levels throughout his career and has goals of reaching Nationals and trial cuts.

Bryan is in his first year at Simon Fraser University.

He Is coaching the Grassroots level swimmers with qualifications in NL Pool and NCCP Community Sport Coaching Bryan brings his knowledge and experiences to his coaching and wants to in still the same passion he has for the sport on the younger athletes of the club. 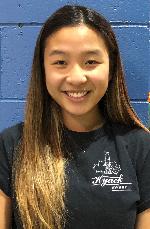 Vivian has been an active member of Hyack for 9 years. Competing up to the Provincial level for 7 years and achieving medals and goals she faced an injury that brought up a new opportunity. Hoping to stay connected to the water she began her coaching journey. She has been helped at stroke camps and summer camps as well as coaches High School swimming and is now working alongside Hyack coaches in various groups. Vivian is looking forward to spending another year with a team she calls home. She is looking to learn as much as possible from other coaching perspectives as well as do her utmost best to help each swimmer achieve their goals.Vivian is certified in her WSI and Standard First Aid and has her NCCP 101.