Serge has been coaching competitive swimming for over 23 years, including 9 years as a Head Coach. He has produced more than 70 Provincial and National qualifiers, and Club and Provincial record holders in Canada. Serge is currently enrolled in level 3 National Coaching Certification Program, and is a Member of American Swimming Coaching Association, Serge is in the Top 7% of American coaches, and is a Member of the Ontario College of Teachers, Certified Teacher in Ontario and hold a Masters degree in Physical Education and Economics (Moscow State University). In 1980 Serge successfully performed at the Olympic trials in Moscow 1980 and was the captain of Moscow State University swim team. He also participated in a number of prestigious International tournaments in both swimming and water polo (1981-1986 Austria, Italy, Malta, Slovakia, Switzerland, Holland).

Maksim owns a Bachelor Degree in Physical Culture and Sport with 21 years of International experience. He has worked as a Head Coach of the major Israeli swimming club “Hapoel Jerusalem”, that is an Israeli champion for both adults and youth categories. He is a professional swimmer holding title “Master of Sport” (USSR); numerous awards subscriber such as Medalist of Dinamo Swimming Championship, former USSR; repeated champion and medalist of the Uzbekistan State Swimming Championships and member of the Uzbekistan State team. Maksim has been with Mallards Swim Team since September 2009. 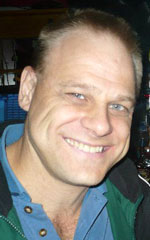 I have been involved with swimming for 20 years teaching and coaching all ages. First with the North York Development swim club and NYAC, and more recently with the Scarborough Swim Club, I have been involved in competitive swimming since I was 14 as well as with Masters swimming. Having coached with the North York Gators masters swimming club as well as the Toronto Cricket Club Masters, I am fully Certified as a Level 2 NCCP Swim Coach and currently working on completing my level 3. I recently came back from competing at the FINA World Masters Swimming where I was both a swimmer and coach. 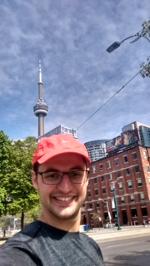 My coaching career started in 2010 when I moved to Canada from Sofia, Bulgaria. I have worked with all age groups and abilities including provincial level athletes age 11-15. Some of my athletes set new team records in freestyle and breaststroke. I have worked in aquatic centres all over Toronto and the GTA as a lifeguard, learn to swim instructor, and coach. I have been involved in aquatics since the age of 6 when I first learned to swim. As a swimmer I was active for 15 years competing at the national and international level. Currently I compete at the Masters level and participate in long-distance (5km or 10km) lake swims. I acquired my bachelor degree in physical education.