Jerzy Partyka has been head coach of the Prince George Barracuda Swim Club since 1993. He has international experience, having coached in both Poland and Germany. His focus is on developing swimmers to have excellent technique in order to bring them to the national level, and under his supervision the club has produced a number of top age group swimmers in Canada over the past 26 years. Jerzy’s certification includes:

Born and raised in Southern Ontario, Jason has been a part of the club since 1999. He heard about a coaching opportunity in Prince George and figured, why not? So he got in his car and drove to Prince George in March of 1999 to begin his new adventure. That was experience itself!

Jason has been blessed coaching alongside Jerzy all these years.

Favourite moments in swimming: Reading about former club members succeeding in swimming on the national and international stage while thriving in university swim programs in Canada and the US.

Teri swam with the Barracuda's in her youth; swimming at national level meets and achieving top age group standings. She has 25 years coaching experience including starting a swim club and master's program in Canmore  Alberta, working as Jerzy's assistant coach for 5 seasons, running the summer and winter programs for both the Castlegar Aquanauts and Mission Marlins. Teri has finally settled with her husband and 3 children back in Prince George where she loves coaching the development program, spending time mountain biking, cross-country skiing, snowshoeing and other outdoor activities with her family. 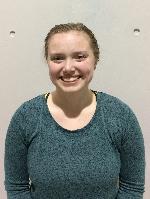 Kathleen has been part of the club since 2008!

The first seven years as a swimmer. She is currently in her 5th year as a coach.

Kathleen is currently at UNBC majoring in English working towards becoming an elementary school teacher.

Away from school and the pool, she enjoys spending time with friends, reading and diy projects! 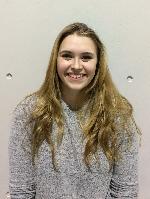 She is currently in her second year at UNBC majoring in Biochemistry and Molecular Biology with a minor in Physchology.

Last season, Alex started out with the our club as a swimmer after having swum with the Squamish Pirates since the age of seven. Swimming highlights: podium finish three years in a row at the BCSSA Provincial Championships in the 100 backstroke and 200 im (2015-2017). She also holds the PGB women's short course club record.

At the age of 14, Alex began volunteer coaching with the Squamish Pirates. Since then, she has gone on to complete her NLS and WSI with the Red Cross as well as completing her Level 1 for coaching. Now she coaches for the Pirates during the summer months.

She loves coaching while developing and inspiring young swimmers.

I have been with the club 11 years , 9 spent swimming, 2 volunteering and now this is my 12th year , as a coach with the club. I am currently doing my EMR with the justice institute of British Colombia, hoping to one day have a career in emergency services. As well I am focusing on saving my money to travel , I would love to explore the world.

My name is Maddie, I am a university student at UNBC currently taking a history degree with the end goal of joining the education program to become an elementary school teacher. In the past, I was a competitive swimmer for 10 years with my home club on Salt Spring Island, I also coached with the salt spring stingrays for 3-years and volunteered with them for 4 other years.