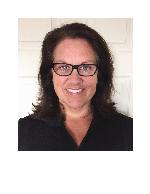 Coach Cathy Pardy has been coaching for 30 years. She is Level 3 certified and has consistently coached age group swimmers to top 10 within the country. Cathy is serving her second term on the Board of Directors, for Canadian Swimming Coaches and Teachers Association (CSCTA). Cathy is also certified as a Learning Facilitator, teaching Swimming 101 to new coaches. She is excited to return to ROW and infusing her extensive knowledge into the ROW organization, raising the performance bar across all levels of racing.

Matt has been a member of the ROW swim club/WLU as an athlete for 17 years. As a coach, Matt has been with ROW for 7 seasons. Matt has experience working with OUA Varsity, Fitness Swim, Bronze and Silver level athletes. The past two seasons he has been with Gold 2 and TOP in an assistant role.

He is currently completing his Bachelor of Education‎ through Western University. He spent a year teaching English as a Second Language in Sanbon, South Korea. Matt is very excited to be a fixture in the ROW coaching staff.

Previously, Alex coached with Club Warriors.  He gained experience running several groups within the club over his five year span of coaching. Alex is a certified NCCP Fundamentals coach and looks to continue educating himself through the National Coaching Certification Program. He is pleased to work with the experienced coaches that ROW has and feels that he can learn a lot from them.

Prior to University Alex began his swimming career as a ten year old with East York Swim Club where he swam for two years making his first provincial championship.  After folding in 2001 Alex moved to Crescent Town Swim Club under coach Fred Arzaga where he competed for the remainder of his age group swimming career.  He has competed at several age group provincial and national championships including Ontario Junior and Senior Provincial Championships,  Eastern National Championships, Canadian Age Group Nationals and Canada Cup.

Kaitlyn has been a vital member of the ROW coaching staff now for over 3 years, and we are thrilled to have her return this season. Kaitlyn has been affiliated with swimming in Ontario for over 20 years. Kaitlyn places an emphasis on stroke mechanics, and technique, while making swimming fun. In 2009, Kaitlyn accepted the position of head coach of the Variety Village Flames where she coached both able bodied and paralympic swimmers of all ages. During her tenure there, she successfully placed a swimmer on two consecutive Paralympic World Championship teams, as well as receiving two Speedo Awards of Excellence for coaching two athletes to Canadian records, and being the coach of a national title holder.

Kaitlyn's coaching philosophy closely mirror's ROW's commitment to the sport of swimming, community and youth, "Although the idea of personal best is a prominent theme in my coaching, the concept of "team" is just as important. I want my athletes and their family members to share values of friendship, team pride, and community support."

Kaitlyn will be heading up our Athletic Swim Program and will be returning to position as lead coach of our Bronze program.