Janusz Kaczmarek has been the Head Coach of the West Vancouver Otters Swim Club since 2001. He brings to the Otters a wealth of coaching experience from National and International levels with teams in Poland, Switzerland and Canada. His Canadian experience is extensive as he has been Head Coach for three major swim clubs in Manitoba, Saskatchewan and Alberta. In his day, Janusz was a fierce competitor in the pool, setting a number of national records and winning titles for the Polish National Team. As a coach, his accomplishments include:

Janusz’s swimmers have won gold medals in the European Championships, placed in finals in the Olympics and captured gold medals and established a world record time in the Para-Olympics. Notable swimmers and their accomplishments include:

Norman Ng is the Assistant Head Coach of the West Vancouver Otters Swim Club and has coached professionally since 2005.

Before joining the Otters, Norman was Senior Assistant Coach at the Hyack Swim Club and was part of the coaching staff that helped the team earn the 2012 Long Course Provincial AAA Championship title. With the Otters, Coach Norman and his swimmers earned the 2014 Swim BC Development Club of the Year.

“Working as an Assistant Head Coach has been a goal of mine for a long time. I’m hoping that my experience and passion for the sport of swimming will help improve the performances and successes of all Otter swimmers."

His notable swimmers and their accomplishments include:

Coach Norman is extremely excited to be part of the Otters coaching staff. He believes he can help swimmers reach their maximum potential and make all the sweat and tears worth it in the end. 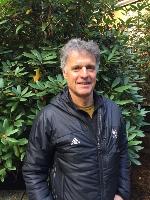