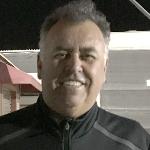 Starting with ORCA in March of 2018, Jerry Olszewski comes to ORCA with quite the resume of coaching accomplishments and accolades.  He was the Head Coach of New Zealand Swimming from 2016-2017.  He has been a member of the USA Swimming National Team staff much of the time from 1996-2016.  His former clubs, King Aquatics (1994-2002), Scottsdale Aquatics (2002-2007) and Arizona Gold (2007-2016), have won US Junior National, State, and Sectional Championships, and each have been ranked in the top 25 of USA Swimming almost every year of his tenure as the Head Coach of those teams. He has hundreds of Junior National qualifiers as well as Junior National Champions to his name and has had numerous swimmers qualify for the US Olympic Trials, Olympic Games, and National Teams both Domestic and Foreign. He also has had at least one World Ranked swimmer every year since 1996, with one earning a bronze medal in the 2000 Sydney Olympics.

Along with his head coaching duties, Jerry coaches the Senior groups at ORCA.

Jerry is a native to Southern California and his sons continue the family tradition in the sport with his sons Josh and Ben swimming at Arizona State University.