Coach Chris is one of the first members of the World Swimming Association (WSA) and an ASCA Level 4 Swim Coach.  He has developed a technical approach to the sport of swimming that puts emphasis on accountability, educating and motivating swimmers towards their full potential. He is grounded in the Science & Art of coaching and believes that when both are driven home the athletes in the program will fully develop. He is a high energy coach who works well with young athletes, while educating and coordinating with their parents to put the swimmer in the best possible situation to maximize their potential. He has a proven track record in Southern California Swimming.

In a relatively short span of time since the founding of Paseo Aquatics, Coach Chris has coached several swimmers into USA Swimming's Top Ten rankings in the Nation, USA ALL Time top 100 swims, as well as producing multiple top finishers at Sectionals, Multiple Future level athletes, 8 Junior National athletes, National athletes.  He has gone on an placed swimmers in D1-D3 programs where the will continue their endeavor to be the very best they can be. 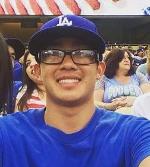 Coach Daiki has been with Paseo Aquatics for 4 years now. Is a ASCA Level 3 coach with level 4 education. During his short time with Paseo he has coached many swimmers to Top 10 rankings in the nation and has also had 3 or more athletes selected to Socal All Star teams every year during his tenure. He has also had swimmers qualify for sectionals, futures and Jr nationals.

He is very excited for what the future holds and the growth of each individual swimmer in the program.

Asia Antoniuk has a long history with swimming, having over 16 years of competitive swimming under her belt. For 12 years Asia swam with Canyons Aquatic Club under Coach Jeff Conwell and her senior year under Coach Coley Stickles. While swimming for Canyons, Asia concurrently swam for her community swim team, the Valencia Hills Waves, as well as for her high school, William S. Hart High. After high school, Asia continued on to obtain an education, swim, and serve at the United States Air Force Academy under Coach “KC” Converse. Throughout her swimming career she has set multiple records and attended multiple Championship meets, ultimately making it to USA Swimming National Championships.

In May 2018 , Asia decided to spread her knowledge even more by joining the coaching staff at Paseo Aquatics where she started working with Coach Christy Burton in the Discovery and Juniors groups (formerly Beginners and Pre-Comp). During her short time with the club, Asia has emphasized  technique work and the use of technology to help each swimmer recognize where they need to improve and how to do it while having fun with the sport.

Coach Jim was born in 1960, and moved to CA in 1971 from Ohio.
I joined Age Group Swimming in 1974 quickly learning that I excelled in Butterfly and the IM.  In 1977, I started to lifeguard and teach swimming for the Park Districts.  I also joined the High School Swim team at Royal.   Competing USS during the Summer and Fall and HS in Spring.  Swimming at JO's and CIF I managed to become a finalist in the Fly, and the IM along with relays.
I began my coaching career for new swim team in Simi under Head Coach Ingrid Daland.  I soon became the Head Age Group Coach for the program. We always had a top younger team.  In 1982, I accepted the position as the Assistant Coach at Royal HS.   I coached age group Swimming until 1996, and HS Swimming & Water Polo until 1994, & returned in 2000-2003, and finally back in 2014-2017.
I was chosen as a USA section All Star Coach 4 times with one of them being named the Head Coach.  I was also honored twice by the Marmonte HS league as Coach Of The Year.
In 2016, I started work at The Paseo Club in Valencia as the Head Masters Coach,  Swim Coach and Assistant to the Aquatics Director. In Aug of 2018, I began working with Paseo Aquatics as one of the younger developmental coaches.
"I am excited for what the future brings" 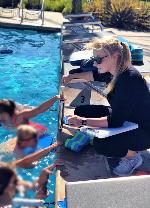 Coach Breanna has 16 years of competitive swimming experience as primarily a breaststroker/ IMer. She traded in her goggles for stopwatches and has spent the last 3 years coaching. She was previously with Paseo Aquatics coaching formerly known as the beginners group. She then ventured off to UC IRvine where she would earn her B.S. in Earth System Sciences. During her time their she managed and coached a full 4 division team at Premier Aquatics in Aliso Visio and was the head coach and Vice President of the UC Irvine competitive swim club. Now she has back home to her roots and currently enrolled in an online masters program for my teaching credentials in Elementary Education at USC.

"I am so excited to be back doing what I love at Paseo Aquatics and helping kids achieve their goals!" 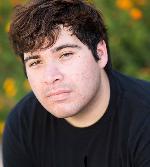 Coach Damien has been a part of the sport of swimming for 10+ years. He swam with Canyons Aquatics from a young age and finished out his swimming career during his sophmore year at College of the Canyons. He would then discover his love for coaching being apart of the Canyons Aquatics swim lesson program, Academy Swim Club and Lifeguarding at the Paseo Club. He loves the opportunity and knowledge swimming and coaching has provided him and hopes to use all he has learned to inspire many swimmers to come.

Paseo Aquatics is home to Damien and he is happy to be a part of such a great team. 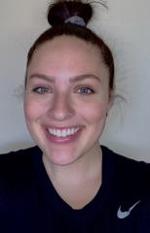 resume, including several Top 10 National rankings, earning a Sectional cut at the ripe age of 12

and qualifying for the USA-Swimming Junior National Championships.

swimmer, earning a D-1 scholarship to swim for the University of the Pacific.

pedigree, most recently serving as Head Swim Coach for the Valencia-area Summer League.

based in Boston MA. A strong discipline and precise attention to technical aspects of the sport,

JJ became a nationally ranked distance swimmer at the age of 12, which parlayed into a long

and successful career. He later transitioned to a year at The Peddie School, followed by a very

JJ then went on to compete at multiple Junior and Senior Nationals, with his highest ranking

being an 11th place finish in 2015. He attended The University of California, Santa Barbara, and

trained under an elite coaching staff led by Greg Wilson.

in 2018, JJ began his coaching career for his alma mater the Gator Swim Club. He began

working with varying levels of swimmers in the program. In his time coaching he helped his

athletes break some New England Records, and achieve High Point awards. While on deck, he

worked closely with the Head Coach whom is the former 2008 Swiss Olympic coach.

“I am excited and fully committed to helping your kids along their journeys not only athletically,

but in ever necessary facet of their lives. I believe that an interdisciplinary approach, focused on

technique and a good mindset, will yield not only a talented swimmer, but an exceptional

system. Please take a moment to say hello and introduce your self if you happen to run into

Kim Brown is a Registered Dietitian. She received her B.S. in Nutritional Science from California State University, Los Angeles in 2002. For the past 14 years she has been working in Long Term Care as a Consultant in the San Fernando Valley. In her spare time she works side by side with Personal Trainers developing diets for their clients to ensure they reach their personal fitness goals.

Kim has been a competitive athlete for most of her life, excelling in team sports such as volleyball, basketball, softball and track and field. Last year she had her first series of swim lessons and completed her first triathlon. She now exclusively trains for triathlons and is diligently increasing her distances to compete in more challenging races.

Kim understands firsthand the importance of good nutrition for athletic competition.  She periodically attends seminars and reads ADA-approved literature focusing on sports nutrition to keep up with the latest evidenced-based research. She is currently working on earning a certificate as a Specialist in Sports Dietetics (CSSD).