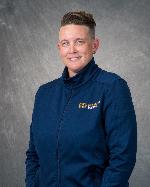 Coach Courtney is an ASCA level 4-2 coach and has her master's degree in Coaching and Athletics Administration from Concordia University.
She is the head coach at Crafton Hills College where she started the intercollegiate Men’s and Women’s swim program from scratch in 2016 and assisted with the Men’s and Women’s Water Polo Teams in 2019.
Courtney Eads is a native of Upland, California. She began her coaching career off of a decorated collegiate career at the University of Nevada at Reno. As a swimmer at Nevada, Eads earned the Western Athletic Conference "Swimmer of the Year" award as well as MVP for the 2009 season. She performed at the PAC-10 Conference meet her freshman year (with Oregon State University before transferring to Nevada as a Junior). She is a multi-time qualifier for Division 1 NCAA's in the 200 Butterfly and 500 Freestyle. In addition to her collegiate career, Coach Courtney represented The Claremont Club at many National level competitions including the US Olympic Team Trials in 2004 and 2008. In 2004, Eads qualified in the 200 Butterfly and the 400 Individual Medley. In 2008, she had a full schedule qualifying in the 200 Butterfly, 100 Butterfly, 400 Individual Medley, 200 Freestyle and 400 Freestyle.
She got her coaching start at Claremont High School and as the Assistant Coach for the Claremont McKenna-Harvey Mudd-Scripps College (CMS) swim team. In six years at the helm of the Claremont High School, Coach Courtney established Claremont High School Swimming as a solid competitive program. During her tenure at Claremont High School, the swim team saw 20 repeat CIF qualifiers in high scoring individual and relay performances. In the 6 years as assistant coach for CMS Swimming and Diving, Eads helped bring the Stags/Athenas to an impressive dual meet record seeing many undefeated seasons, 5 SCIAC Championships, many NCAA Division 3 top ten finishes, and a NCAA Division 3 Champion in the 100 Backstroke. 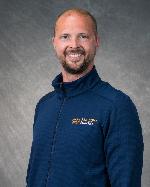 Tyler has been coaching swim for over 10 years. He has been a consistent and positive presence on the pool deck and brings a passion for learning to the swimmers. His energy and creative use of the pool gives the swimmers a sense of excitement for what’s to come next. Tyler thrives on reaching new heights and shares this mindset with the entire SDA community.
Over his 10 years of coaching, Tyler has attended swim clinics, helped with the USC summer swim camp, taught lifeguard classes through American Red Cross, became an Adult Learn to Swim Instructor through United States Masters Swimming, and has had the honor to see countless swimmers make major breakthroughs in their swimming journey.
Tyler is excited to be a part of SDA and this thriving swim community. Please say hi to him when you see him because he loves making new friends. 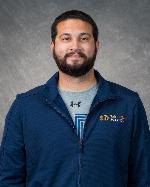 Damon began his coaching career at Damien High School in 2012 as an assistant and in 2014 took over as Head Coach. During those years, he managed to keep a league championship win streak going which now stands at 23 years in a row. He has coached a handful of CIF event winners, High School All Americans and CIF State Championship Qualifiers. He's also coached four top 5 team finishes at the CIF-SS Div II Swimming Finals including two runner up teams and a 1st place team.

He has coached numerous successful swimmers as a club coach since Fall of 2018.  Damon's passion in coaching has always been taking swimmers to the next level and helping them achieve their goals and their fastest times! 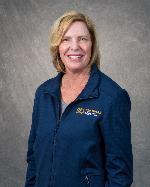 Coach Jennifer has been coaching at the club level for the past 20 years.  She enjoys coaching all levels of swimming, and is determined to pull the most potential out of each swimmer. Jennifer's coaching success includes Southern California Swimming records, National Top 10 placings, Western Zone participants, and Junior Olympic champions.

As a coach at San Dimas Aquatics, Jennifer is excited about the future of the team and welcomes swimmers of all abilities to come check us out!