Coach Mac has over 30 years of coaching experience. He is an American Swimming Coaches Association Level 5 coach, the highest attainable level certified by his professional organization. Coach Mac has a Master of Science degree in Exercise Physiology from Auburn University.

Coach Mac’s coaching philosophy is one of excellence achieved through encouraging athletes to develop a healthy self image, personal accountability, goal setting, and achievement of personal goals. “It is the journey, not necessarily the end result, that is most important. Winning is not everything, but striving for excellence is.”

When he is not coaching, he enjoys spending time with his wife, Julie, and his two sons, Jacob and Caleb.  Jacob swam at Purdue Univeirsity and Caleb swam at Fresno Pacific Univesity.

Coach Dave has over 47 years of coaching experience. He started as an assistant age-group coach for Huntington Beach Aquatic Club at age 14 and ascended to head coach after nine years. This swim club merged with another club to become Golden West Swim Club where Coach Dave was head age group coach for five years before becoming head coach at GWSC. In 1993, Coach Dave joined Clovis Swim Club as head age group coach and aquatics director for Buchanan High School. Coach Dave was twice honored to be Central California Age Group Coach of the Year. He was CCS Zone head coach from 1997-2000.

Coach Dave graduated with a major in history from California State University Long Beach. Later he got an add-on Health Science and teaching credential. He currently teaches World History at Buchanan High School.

Coach Dave coaches with an emphasis on distance base training with a goal of developing the 400 IM for older swimmers. He tries to vary workouts and make sure that the swimmers know why they are doing what they are doing. He also focuses on helping swimmers enjoy the process of becoming better swimmers so that improvement can occur on a daily basis, not just at the meets.

Coach Dave has minimal free time as he also coaches the boys’ water polo and swim team at BHS. But he does enjoy watching sports on TV, reading, and some intermittent cycling as time permits. He also immensely enjoys the experiences of being the father/coach of two great sons, Brian, and Garrett, who are now faster swimmers than he ever was back in college. 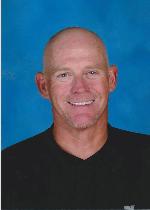 Prior to his arrival to Clovis, he spent 9 years at University of Toledo as head men’s and women’s swimming coach. He’s also coached at University of North Carolina at Chapel Hill, Western Illinois University, Petersburg, Indiana, and Danville, Indiana.

Coach Sharar has a Bachelors of Science degree from Ball State University in Industrial Arts/Physical Education, and a Masters of Arts degree from University of North Carolina at Chapel Hill in Human Performance.

Coaching philosophy:  "I think it is important to develop a strong coach/athlete relationship with each swimmer.  Most coaches are great with the so called x's and o's of the sport, but the key for me is understanding each individual and how to motivate and get them to understand the principles of training that will lead them to their successes in the pool.  Get the athletes to 'buy into the process.'"

Coach Sharar is married to his wife, Nancy, and enjoys working out, binge watching Netflix, college football, and visiting his 3 grown kids in the far reaches of the country.

Coach Reid has a Bachelors of Science degree from Pepperdine University in Business Administration and a Master’s Degree in Special Education from Azusa Pacific University.

Coach Reid’s coaching philosophy is to challenge swimmers to succeed by doing the little things right.

Something we don’t know about Coach Reid—Since Pepperdine University did not have a men’s swimming program, Coach Reid competed for the surfing team and his team was ranked as high as 6th nationally.

When he’s not coaching (when is that?), Coach Reid enjoys surfing, wakeboarding, and working out. 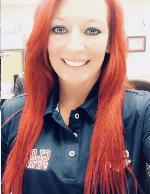 Coaching:  I've coached for 5 different teams, including stops on the Central Coast, Virginia, Oregon, and coaching for Clovis Swim Club since 2013.  During that time, I have coached LSC Team and Individual Champions and record holders, National Top 10 swimmers, including a few #1 ranked swimmers and a National Age Group Record Holder. 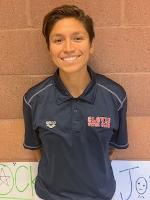 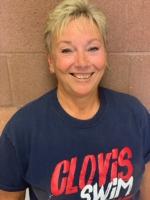 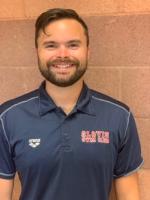 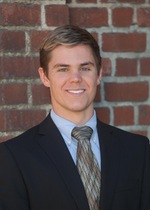 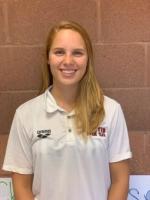 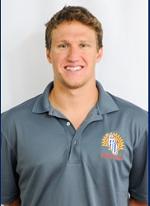 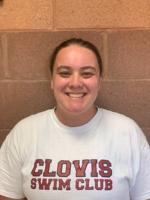 Background: I graduated Clovis High in 2013. I played water polo and swam there for 4 years. I also graduated from California State University Long Beach in 2017 where I also played water polo and earned a Bachelors in Business Management. I recently finished student teaching and the completion of my multiple subject teaching credential. I am currently teaching at Quail Lake Environmental Charter School in Sanger Unified while I finish my Masters in Education.

Coaching: I have coached with CSC since 2018 and have coached in the Novice (Starfish) and Prep (Developmental) Tracks. I am excited to join the Clovis East side this year as well as work in the Developmental Track. I started with the club through Summer League and also have worked with the Seahorse Swim School doing lessons. 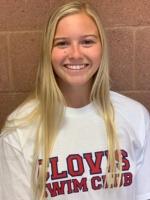 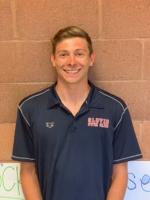 Background:  Swimming ages 6-20, including 4 years in high school and high school water polo.  Won the Bay Valley Conference Championship with College of the Sequoias, as a team captain.  Graduated from Fresno State with a Bachelor's Degree in Kinesiology with an emphasis on education.

Coaching:  Coached for Exeter Eels and Kingsburg Seawolves.  Coached tennis, basketball, and other sports as well as swimming.  Currently teaching Physical Education at Fresno Christian School, in my 2nd year.

Personal/Hobbies:  Wakeboarding, surfing, any and all sports, working out, anything water related. 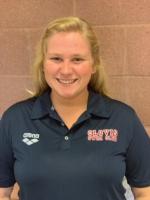 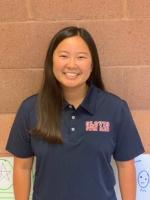 Background:  I swam and played water polo at Clovis North HS.  I continued in college at Cuesta Community College in San Luis Obispo.

Personal/Hobbies:  I enjoy reading and spending time with my family.  I also like travelling. 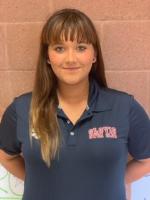 Background:  Graduated from Fresno State with a Bachelor's in Child Development.  10 years of competitive swimming experience.

Personal/Hobbies:  Travelling, swimming, video games, and playing with my dogs.

Background:  I am a Buchanan High School grad and letter winner on the BHS swim team.  This is my sophomore year at Clovis Community College and I'm swimming there for the Crush.

Coaching:  This is my first time coaching year-round for CSC, but I've coached with CUSD Summer Rec League for the past 3 years.

Personal/Hobbies:  I love spending time with my family, playing with my cat, and watching my favorite movies. 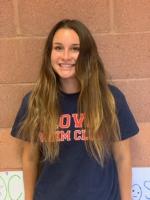 Personal/Hobbies:  I enjoy hanging out with friends, travelling, and crochet.