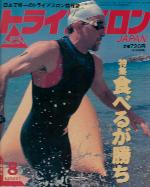 Garrett was a nationally ranked Top 10 age group swimmer in the 1000 & 1650 freestyle, 200 breaststroke and 400 individual medley. His senior year in high school, Garrett placed  13th at Open Nationals in the 1000 freestyle (9:15.8), earning a swim scholarship to the University of Southern California. He graduated with a B.S. in Business Management and Marketing, also receiving the Scholar Athlete Award.

Garrett brings a high level of competitive swimming experience and unparalleled technical expertise to the pool deck. His hands-on approach to coaching, enthusiasm and love for the sport make him an asset to the team.

Garrett and his wife Alice live in Erie, CO with their 3 children (Liam, Aidan & Claire)

Megan is a USA Swimming, ASCA Level 2, certified coach.  She started swimming at the age of 7 and became a long-distance swimmer for most of her career.  Megan has 8 years of coaching experience at many different levels.   While in college, she started working for the USA Swimming National Team.  Megan worked for the National Team for a year and a half learning everything about swimming from the best coaches and athletes in the world.  During this time, she helped develop underwater dolphin kick technology, video review both above and under water, took race statistics on different races, and helped the athletes prepare to reach their full potential during the Rio Olympic Games.  Swimming has always held a special place in Megan’s heart and she looks forward to sharing her knowledge of the sport!

John began swimming at the age of 6 and is a native of the Hudson Valley, New York.  He is an accomplished breastroker, sprint freestyler, and IMer. John achieved state medals in the 100BR, 200IM, as well as the 200 Medley & Freestyle Relays. He was a 3 time high school varsity team captain, while helping them to a #2 ranking in the state of New York.

John is excited to join Boulder Swim Team’s growing squad and provide the knowledge and technique he has gained throughout his career. He is currently studying Aerospace Engineering at CU Boulder, and is in his Junior year. 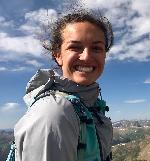 Ella recently moved to Boulder from Raleigh, North Carolina where she graduated from the NC State University College of Engineering. She started swimming at the age of 5 and has competed at the state, regional and national level, primarily in distance freestyle and IMs.  She has 6 years of experience coaching athletes from all ages and abilities including summer league, high school teams, and D1 college athletes. Ella is very excited to work with a team of amazing coaches & athletes in beautiful Colorado!