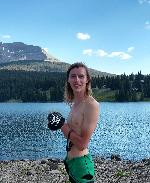 Brandon was born in Whittier, California in 1995 and later moved to Fort Gibson, Oklahoma where he spent his formative years. While in Oklahoma he swam for various club and recreational swim teams; later swimming for his high school, where he broke school records, and swam with the Oklahoma All-State team in 2014. Brandon began his coaching career at 16 where he was head coach for the his local recreational team for 3 years. Following high school, he swam one year in college for St. Lawrence University. After leaving the university he began working at the YMCA of Greater Whittier where he coached the intermediate and advanced swim teams. In August of 2016, Brandon moved to Durango where he plans to conclude his undergraduate degree at Fort Lewis college.

Brandon believes that swim coaches ought to guide their athletes into a lifelong relationship with the water and the sport. His training curriculum is centered around three pillars of mental, technical and physical development in corredance with USA swimming age group objectives and the betterment of young athletes; this includes, but is not limited to areas of practice in emotional development, cross-training, mindfulness excercises, yoga, introductory weightlifing, anaerobic challenge, aerobic capacity, aerobic challenge, racing strategy, and technique development. 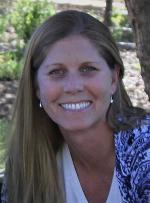 Sarah started swimming competitively at age six in Southern California and continued to swim through college. She attended University of California, Berkeley, where she swam for four years, competed at NCAA Championships and also swam at the U.S Olympic Trials. She then attended the University of Arizona where she completed a Master's Degree in Exercise Physiology and also swam for a masters swim team in Tucson. Sarah and her husband moved to Durango in 2010 after visiting and deciding this is where they wanted to live. In addition to coaching, she also continues to work in the field of clinical trial research. Sarah enjoys helping swimmers become better swimmers and seeing them succeed. Her other interests include traveling, photography, and cooking. 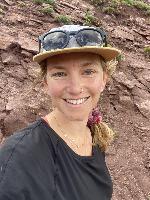 I grew up swimming competitively in Arizona. The 200 butterfly and breaststroke were my favorite events.

4 years ago my family moved to Durango and we’re here to stay!

Having wonderful coaches in my formative years has encouraged me to give back to the swimming community in hopes that I may do the same. I look forward to the time in the water and guaranteed laughs to come.

When I am not at the pool, you can find me on the trails mountain biking, enjoying a pastry or park hopping with my two daughters. 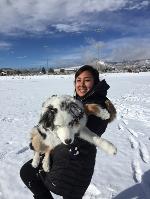 Selena is from Cortez, CO.  She started swimming around the age of 7and continued competitive swimming throughout high school. She enjoyed the individual medley events the most, but always found herself in butterfly and distance events. Selena started coaching in Cortez for a couple of summers in 2017.  She started out as the coach of the bubble blowers and silver group, then moved up to some of the more advanced groups. During that time, she got to do some volunteer work here in Durango with an adaptive aquatics group, where she was able to expand and work with individuals with disabilities.

In her free time, Selena likes to hang out with her pup Loki or relax somewhere quiet with her cat Gracie.

She is excited to get back into coaching and be a part of a great team!