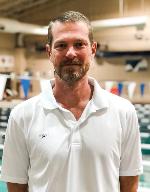 Bill Rose has been the Head Coach of the Foothills Swim Team since September of 2009.  Prior to establishing his coaching career, Bill spent 13 years as a competitive swimmer achieving the levels of Texas High School State Finalist, High School Academic All American, NCAA National Champion, NCAA Academic All American, and Olympic Trials Qualifier. He holds a Masters in Exercise Physiology from Drury University in Springfield, MO.

After a successful career in swimming, Bill Rose now coaches other people to achieve the same success. Throughout his coaching career he has helped guide many swimmers to the levels of Sectional, Junior Nationals, USA Nationals, and Olympic Trials. Along the way, he has also helped individuals reach top 100 rankings in the world.

Coach Rose started his coaching career in 1995 as an Age Group Coach with the Alamo Area Aquatics Association in San Antonio, TX from 1995-1998. Coach Rose moved to Springfield, MO in 1998 where he became the Head Age Group Coach for the Springfield Aquatics program from 1998-2005. Coach Rose served as the Assistant Coach for Drury University Men’s and Women’s national championship teams from 2000-2005. In 2005 he moved on to become the Head Coach for the Topeka Swim Association where he had great success until 2009!

Coach Rose offers a wide range of coaching education and experience helping him to specialize in coaching young athletes to achieve their goals in the sport of swimming. By using cutting edge ideas from advanced strength training methods to creative, forward-thinking pool training, Coach Rose has developed an identity of success and hard work for his athletes. 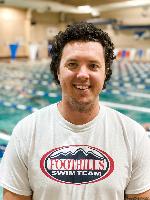 I was first introduced to competitive swimming when I was 4 years old in Orlando, Florida.  When I was 10, my family moved to New Hampshire, and I grew up swimming with Greenwood Memorial Swim Club, now Greenwood Swimming, in Gardner, Massachusetts.

I swam for 4 years at the University of North Carolina in Chapel Hill, where I graduated with a degree in Interpersonal and Organizational Communications.  While at UNC, I held school records in the 100 yard breaststroke and the 200 and 400 yard medley relays and competed in the 2008 and 2012 U.S. Olympic Trials, as well as the 2009 U.S. World Championship Team Trials.

I gained my first professional experience immediately following graduation, as the Head Coach of a summer league team in Cary, North Carolina.  Following that, I coached with the Marlins of Raleigh Swim Team, where I worked primarily with 13 and Over swimmers.  While with MOR, I coached swimmers to multiple NC 14 & Under Championships, Junior National qualifying standards, and an NC Senior Championship Team title.   For the past 3 years, I have been the Director and Head Coach of the Hillsborough Aquatic Club in Hillsborough, North Carolina.  In my 3 years with HAC, I have coached coaches swimmers to the NC 14 & Under and Senior Championships, the 14 & Under Southeastern Sectional Championships and have placed swimmers on the top 10 times list for NC Swimming. 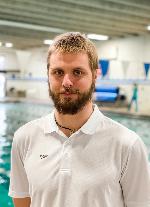 My parents met as swimmers in college and I was destined for the pool ever since. Growing up I spent more time on a pool deck than any where else, either swimming at one of my own practices or sitting on deck while one of my parents coached one of their several teams. And while I initially hated swimming, it eventually grew on me. Around the time I was in  eighth grade I began to take swimming seriously and began consciously learning everything I could about swimming from my parents. Throughout highschool I trained for distance, as well as some open water, as I was the only swimmer on my team capable. It was these experiences that shaped me into the person I am today, I fell in love with the pain and the grind, relishing every set that made it hard to even walk up stairs later in the day. While in highschool I reached the junior national level and spent time at swim camps led by some of the worlds finest swimmers, packing away every tidbit of information that I could while doing so. From there I signed with the Colorado School of Mines swim team. Over the course of the next four years I was slowly molded into a sprinter, eventually leading a relay team to NCAA DII Nationals.

I consider myself the culmination of all of my coaches work, and while I do plan on competing semi regularly at masters meets, my days as a competitive swimmer are unfortunately essentially over. I have entered the next phase of my swimming career, the teaching phase. Over my years many of my fondest memories were with my teammates, coaches and the water itself. And I look forward to providing similar experiences with future generations of swimmers.

I started in summer club swimming for Bear Creek Swim and Tennis club at the age of 6. When I turned 10, I decided to follow my brother into the realm of USA Swimming and joined up with Foothills. FST has been my club team from then on. I swam under Bill from the age of 12 all the way through my college years. After high school, I swam at Drury University in Springfield, Missouri for 4 years, was an individual qualifier in the Division II NCAA Championships in the 1650, 1000, and 500, and was the captain of the team my senior year. I graduated with a degree in finance and after some serious thought, I realized that my true passions was and has always been for the sport of swimming. Because of this, I have begun to coach back here at FST and begin my coaching career. I look forward to sharing my passion for this great sport with the swimmers and giving them the tools to achieve their goals. 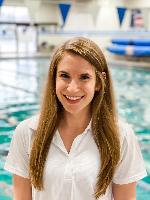 I started swimming when I was 5 for my neighborhood summer league team in Denver. I continued swimming all through school on various club teams as well as all four years on my high school team at Cherry Creek High School. I also swam on the club team at the University of Kansas before transferring to CSU after my freshmen year. My favorite event is the 500 freestyle with the 200 freestyle being a close second!

I began coaching when I was 15 for the summer league team that I started out on. I started as a Junior Assistant Coach and then moved up as an Assistant Coach. I coached a total of 7 summers with kids ages 2-18 before moving to San Diego to complete an internship. After completing my internship and becoming a Registered Dietitian, I moved back to Colorado and started with FST in October 2018. In addition to being a Dietitian, I am super excited to be coaching again and sharing a sport that I love with young athletes who have the same passion!

I’m a Colorado native with over fifteen years experience working with children. I spent the last 4 years in Los Angeles running my own company as a professional face painter and part time nanny. I returned to Colorado in May and am now training for triathlons and coaching young swimmers. I swam competitively for 9 years on summer team, year round and high school JV and Varsity. My best events were breast, IM and freestyle, sprint and distance. I am excited to be back in the world of competitive swimming, an environment which greatly shaped who I have become as a person. I have come to appreciate swimming because of the character traits it develops, such as accountability, time management, competitive spirit, discipline and continual improvement. In my free time I enjoy sewing, painting, hiking, camping, cooking and of course, triathlon training! I look forward to working with you and your children and hope I can help more people find the joy of swimming like I have! 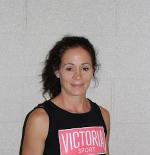 Karen Sage, PFT, has been working with Foothills Swim Team since the fall of 2013. As a mother of four, Adventure Racer and Strength and Conditioning Enthusiast, she is very familiar with what it takes to work with different personalities, learning styles and adapting to multiple fitness challenges. Karen is the Owner of ReSolve Fitness, where she is dedicated to understanding, analyzing and identifying an individual's fitness needs and goals. These are key tools she uses to provide a fitness program that combined with comprehensive instruction enables the individual to attain these goals.