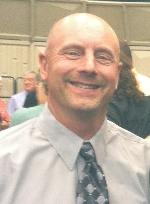 Coach Rusty comes to Woodland Park having coached for over 35 years at club, high school, and  college levels. He is an ASCA Level 4 coach that has developed swimmers to the Sr. National, Jr. National, HS All-American, and Sectional levels.  While coaching in Europe, one of his swimmers also  participated in the 2000 Olympic Games representing the Netherlands. He also enjoyed coaching his high school boys' swim team to an upset, becoming MI State Champions and earning the MI Boys' Swimming Coach of the Year by Michigan HS Athletic Association.  And, yes, he has competitive experience as a club swimmer for ten years, as a collegiate swimmer for Minnesota State, and also as a swimmer at the Master's level.

One of the things that he enjoys most is seeing the excitement and energy when swimmers hit those achievements they have worked so hard to accomplish. It is so rewarding!

You may also see him on the pickleball courts, as he's an avid player. He also loves to bowl and is quite good at it.  He is also father to four wonderful children.

He is very excited about the unique opportunity of leading Peak Swim Team in a fantastic direction! 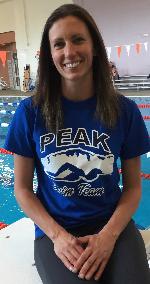 Kelly Havens is a long time local resident of Woodland Park. During her high school career at WPHS, she was the first female to letter in swimming for WPHS, encouraging others to journey down to Manitou for a competitive swimming experience. Overall, she swam competitively for 12 years.

Once returning to Woodland Park to pursue her teaching career and root her adult life within the community she was raised, she was more than eager to someday coach swimming. With the arrival of the Aquatic Center and the development of both the Peak Swim Team and the WPHS women’s swimming team, Coach Havens was thrilled to join both teams as assistant coach, bringing her swimming career and goals full circle.

She is very excited to see and be apart of the continual swim growth in this community. She is a mother to one child, who of course also has a passion for competitive swimming. In addition to pool life, you can catch both of them on the trails riding horses or at the arena grounds assisting with the production of the annual rodeo.