John has served as CTA's Head Coach since 2002. He is currently an ASCA Level 4 coach with over 20 years experience.  John has devoloped and coached numorous Southeastern champions, Junior and Senior National Qualifiers/Finalists, as well as Olympic Trial Qualifiers.  In addition, many of these top swimmers have also earned USA Scholastic All Americans, and made NAG Top 10 lists over the years.

He received both his B.A. (mathematics) and his M.I.T. (teaching) at Whitworth University in Spokane, Washington, where he swam during his college years. He received his second Masters Degree in Applied Mathematics in 2006 from the University of Alabama. John then earned a third Masters in Financial Planning from UA (2017).  John's hobbies include swimming, woodworking, and of course, fly-fishing when he can.  John and his wife, Caroline, have two girls, Kathryn and Sophie.

Lisa also has a 32 year career in Education and is employed by the Tuscaloosa City Schools as an Elementary Curriculum Specialist for Special Education.  Her husband, Don, is also a former All-American swimmer for The University of Alabama. They have three daughters who all swam for Crimson Tide Aquatics. Their oldest Ashley was previously an assistant coach with CTA, Kelly swam at the University of Kentucky and Julie currently competes for Drury University.

“What keeps me going is not winning, but the quest for reaching potential in the individuals I get to teach and coach.”

Alex has been a member of Crimson Tide Aquatics since 2007 when he was just a boy.  He swam for CTA for eleven years during which he was coached by both Coach Lisa and John before joining our coaching staff in 2017 as an assistant coach to the Crimson group. 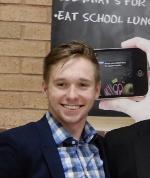 Nathan is in his second year with CTA, and primarly coaches the Crimson group.  Nathan grew up swimming for Swim Atlanta for 8 years.  He began coaching sumer league at age 14, and then began coaching competive year-round swimming in 2017-18..

Currently, Nathan is a sophmore at the University of Alabama and is majoring in Accounting.