As head coach of the Southington RAYS, I have been involved in competitive swimming since I was 11 years old when I began swimming for the Cheshire YMCA Water Devils.  I swam all four years at Cheshire High School and was captain in 1984. I earned All-Housatonic and All-State rank while in high school and swam at YMCA Nationals for several years.  After high school I went on to swim at Springfield College for three seasons,  representing my school at the NCAA Division III championships as a freshman.  In my sophomore year, I along with ten other swimmers and coaches from Springfield College traveled to China, Japan, Hong Kong, and Korea working with swim teams in those regions.  During this time I had the privilege of staying at the Olympic Village in Seoul, Korea.  I have continued my love for swimming by watching all three of my children swim for Cheshire Sea Dogs and Cheshire High School throughout the years. 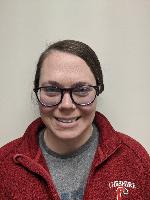 My name is Kristen Reeder, I began swimming for the Southington Stingrays in 1990 and swam with them until 1998 when I graduated high school. In 2004, I came back to the Southington YMCA as the head coach of the Stingrays. Over those years, I saw a growth in the sport of swimming and a love for sport I knew would always be a part of my life. I left the Stingrays in 2014 to be a stay at home Mom to my son Jack, but I was and still am a complete swim "nerd". I watch meets and practices any chance I get. One of my greatest swimming dreams came true when I got to see Phelps and Lochte race in Phoenix in 2016.

I love the development process in age group swimming, I love seeing a swimmer reach their potential, and most importantly I love seeing the bonds that are created in this wonderful sport.

I am so excited to be back and be part of the RAYS! 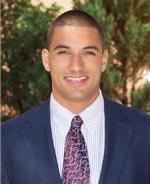 Coach Matt is from Watertown CT. He started his swimming career at the age of 5 for his local park and rec swim team in Watertown. By the end of middle school, he had excelled in the sport and decided to move his swimming career over to a more competitive atmosphere. As a freshman in high school, he started club swimming with the Waterbury YMCA and also swam for his local high school in Watertown. He went on to qualify for YMCA nationals 4 years in a row with Waterbury and swam at state finals all 4 years at Watertown. He holds a few relay records at the Waterbury YMCA and was named rookie of the year for Watertown in his freshmen year as well as a team captain in his senior year. Matt then continued his swimming career at SCSU where he swam all 4 years and was again named a captain of the team in his senior year. Following his swimming career, he missed the sport so much that he had to find other ways to be involved. He then turned the page to coaching. He started his coaching career at ARAC where he had a 3 year tenure. Following his time with Amity, Matt turned to our YMCA program where he is thrilled to become a part of the RAYS family! 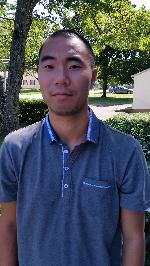 I started competitive swimming when I was 11 years old. I swam for the Southington YMCA for 8 years where I was an All-Conference and YMCA Regional swimmer. I also captained the Southington High School swim team my senior year where I was an All-Conference backstroker and butterflier. During my high school career I participated in the class LL States all four years. After high school I ended my swimming career but continued to follow the sport where I have attended the 2005 World Championships and 2008 US Olympic Trials as a spectator. I attended the University of New Hampshire and the University of Connecticut where I achieved a Bachelor’s Degree in History.  I have previously coached RAYS Age Group and Junior Group for three years, and now I am ready to enjoy being back at my old club where I will be helping out with all age groups.