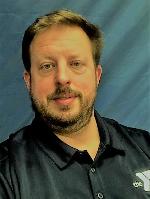 Now in his seventh year as the Head Coach of the Mako program, Jason continues to strive to promote a positive team atmosphere where swimmers can learn and enjoy their time at the pool. The main objective of Jason's philosophy is to promote ongoing improvement from the developmental to the elite level swimmer.

Over the last six years, Jason was involved heavily with the development of the Youth Development and Aquatic Center (YDAC) at the Greenknoll Branch.  This past fall the efforts of the YMCA staff came to fruition with the opening of the year round facility featuring a 50m training pool that can be configured as two six lane 25yd pools to better support the Mako program.  He has worked hard to develop a consistent and strong coaching staff and has built the Mako Program into one of the top programs in the LSC.  Under Jason's guidance numerous Mako Club records have been broken throughout all of the traditional age groups, and team representation at CT Age Groups, CT Seniors, Sectionals and Y Nationals has increased significantly.  Additionally over the past five years Jason has developed a Junior National finalist and CT resident record breaker, a dozen YMCA All Americans, CT Senior Champions and was named CT Swimming's Senior Coach of the year in 2014.

Jason also brings Open Water Swimming experience to the Mako program.  He has served on the USA Open Water Swimming Committee, and works with many tri-athletes and other open water swimmers. He has worked with two individuals that have successfully crossed the English Channel, and led a men's team to a National Championship in the USA Swimming 10K Open Water Championship in 2001. Since then Jason has guided a mixed team to a second place finish in 2003 and a men's team to a second place finish in 2005 in the 10K event.

In addition to his time coaching at the YMCA and USA levels, Jason also served as the Head Coach of the New Canaan High School Boys Swim Team, where he led the NCHS Rams to six Class M State Championships, a FCIAC championship and a State Open Championship. He has developed numerous High School All-Americans, All-State and All-County swimmers, and his boy's team was ranked number one in the nation for a small public school in 2006 and 2007. Jason was named the Boys Swimming Coach of the Year for his efforts by the CISCA in 2005.

Jason graduated from St. Bonaventure University in 1998. While at SBU he was a two time Atlantic 10 champion in the 200 Freestyle Relay and an eight time finalist in the 100yd Breaststroke and sprint Freestyle events. Upon graduating from SBU, Jason worked as an assistant coach at both the University of Connecticut and Southern Connecticut State University while earning his Masters of Arts degree in Education with a concentration in Sport Management from UConn. During his tenure at those Universities he had the privilege to work with Big East champions, NCAA Division II champions, Junior and Senior National finalists as well as Olympic Trials qualifiers.

Jason resides in Brookfield with his wife and two sons. 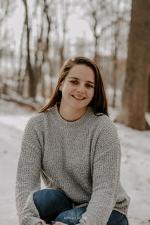 Sarah is entering her third season with the Mako Swim Club as the Head Developmental Age Group Coach.  She will primarily work with swimmers in the Junior 2 Squad. Sarah was a standout swimmer at Western Connecticut State University where she earned her degree in Communications in 2016.  She began her swimming career as a YMCA swimmer at the Wheeler YMCA, and is looking forward to sharing her love of the sport and experiences with our young Mako swimmers.

Prior to accepting the position with the Makos, Sarah has been working in Plainville at the Wheeler YMCA as the Aquatics Coordinator and Assistant Swim Coach with the Tigersharks. During her time with the Tigersharks, Sarah worked with age group swimmers on developing stroke technique, building aerobic capacity and increasing her swimmers cognitive awareness in relation to training and competition. 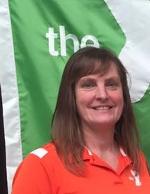 Karen Roth has been coaching swimming for more years than she would like to admit.  She started her coaching career in Dover, NH at the Seacoast Swimming Association under the tutelage of head coaches Mike and Amy Parratto, where future Olympian Jenny Thompson was swimming.  She also coached Jenny and the rest of the Dover High School co-ed swim team.  She feels incredibly fortunate to have had the opportunity to coach and learn from such an elite coaching staff for over six years.

After coaching in NH, she moved to Adrian, MI for three years.  While there, she coached with the Lenawee County YMCA, Adrian High School girls team and was head coach at Adrian College a small liberal arts college in the MIAA.

Following her three years in Michigan, she returned to Connecticut and started coaching with the Wilton YMCA under head coach Tim Murphy (current head coach of Penn State’s Women’s and Men’s team).  She coached with Wilton over nineteen years and under three different head coaches.  During her tenure there, she coached with the National team as well as helped with all levels of the program, including Master’s.  She was able to coach several Olympic Trial Qualifiers, Y-National winners and several teams that were top three at Y-Nationals.  She also coached the Wilton High School Girls Swim Team, and lead them to a second place finish at the Connecticut State Opens.  She backed away from coaching the High School team after the birth of her first daughter.

She graduated from the University of New Hampshire with a BA in psychology.  Following that, she received her Master’s Degree in Counseling Psychology from Antioch New England Graduate School in Keene, NH.

Coach Karen will be assisting with the National and Varsity groups this season. 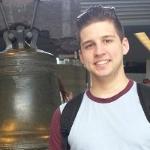 Coach Greg Kovach is entering his 4th year with the Regional YMCA Makos. Swimming has been a part of his life since he was 8, when he joined Tidal Wave—a local team in Georgia, where he grew up—right after swim lessons. He continued to swim after moving to Connecticut, swimming for several competitive teams and throughout high school.

This past year Greg completed his Masters and teaching certification program for secondary education and has entered into his second year as a 10th and 11th grade English teacher in Shelton High School. Prior to joining the Makos and earning his degree, he taught as a senior swim instructor at Wings Over Water in Fairfield and was a head coach for Oxford Swimming. He will be quick to tell you that these experiences helped to shape who he is as a teacher and role model for kids.

Greg has worked with a wide range of swimmers on the Makos. He has seen several go on to compete and perform well at championship-level meets. During the summer, he coached a number of swimmers to Regional and Age Group qualifying times. This season he will be assisting with the CTAG group this season. 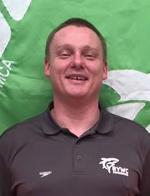 Joining us in his 5th year with the Regional YMCA Makos, Coach Mike Falder, has been involved with Swim Across American for many years and will be working with our age group levels this season.