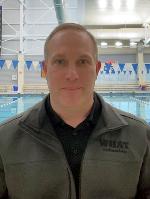 Coach Rob co-founded WHAT Swimming in September of 2007. Coach Rob was a member of the West Point Swim Club and Monroe Woodbury High School Varsity Swim Team.  He was recruited to Central Connecticut State University.  Coach Rob began his coaching career at C.C.S.U. with the Central Connecticut Aquatic Club (1991). Since that time, he has coached the Berlin Dolphins, Rocky Hill Sea Lions, Rocky Hill High School, was assistant coach at Saint Joseph College, co-founder of the New England Saints Swim Team (1996) and Connecticut Aquatic Club (2001).  Coach Rob has been chosen a Connecticut Swimming Eastern Zone coach five times, served a two year term on the Connecticut Swimming Board of Directors as a coaches representative and chosen CT Swiming Senior Coach of the Year in 2016.  He is known for his emphasis on stroke technique and for his motivational style of coaching.  Coach Rob has sent swimmers to Arena Grand Prix, USA Junior Nationals, Eastern Zone Sectional Championship and NCSA Junior Nationals.  He has had numerous USA Swimming Top 16 & 10 swimmers, state record holders and state champions.  Coach Rob is currently the Safe Sport Coordinator for CT Swimming and a certified A.S.C.A. Level 3 swimming coach. 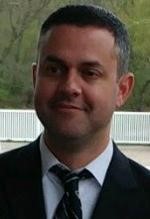 Jim joined the West Hartford Aquatic Team as the Head Age Group Coach at the beginning of the 2009 Long Course Season. Prior to Joining WHAT Jim was an age group coach on the Charter Oak Coaching staff and previous to that he was the Head Age Group Coach on Connecticut Aquatic Club from 2001-2006.  Jim has been chosen a Connecticut Swimming Eastern Zone coach on three occasions and served one term as the Junior Coaches Representative for Connecticut Swimming. Coach Jim is currently in his fifth season serving on the Age Group Committee for CT Swimming.

Jim has attended numerous coaches’ clinics such as the ASCA World Clinic and Eastern States Clinic.  Jim swam for Naugatuck High School and was a member of the 1992 State Championship Team.  While in high school Jim also swam for the Aqua Jets swim club.  Jim was a member of the Men’s Swimming Team at Central Connecticut State University from 1995-1998 where he was an Academic All American for three years. Jim is a certified A.S.C.A Level 3 swimming coach.

Jim is currently employed by the State of Connecticut Judicial Branch as a Chief Adult Probation Officer and has a wife Alexandra and two children Talia and Elena. 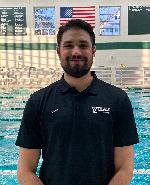 As a part of the Colby-Sawyer team, Coach Josh primarily swam backstroke and freestyle. At Colby-Sawyer, Coach Josh set an individual school record in the 100 backstroke and was a member of three record setting relay teams.  Coach Josh was awarded the MVP for the 2016-2017 season. He was an All New- England honors recipient and a multiple event finalist at the New England Intercollegiate Swimming Championships.

While in college, Coach Josh started his career as a swim coach.  He was named the head coach of the Kearsarge Cougars and continued to gain experience valuable age group swimming experience at the Wampanoag Country Club. 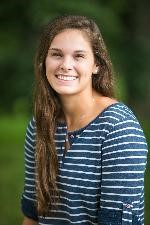 Coach Christina joined the WHAT Swimming coaching staff in 2019. Christina began her swimming career competing for Shuttle Meadow Country Club and the YMCA Tigersharks from 2006-2008. She joined WHAT in 2008 and competed for eight years. She was a SPEEDO Sectional Qualifier - competing for WHAT at the sectional meets in Ithaca, NY and Orlando, FL.  She also competed with the Miss Porter’s School varsity swim team for four years. Christina was a Founders League Champion in 2012 and 2014. She earned a spot on the All Star team all four years.  Coach Christina swam at Loyola University Maryland where she placed in the top 10 for all H2Ounds races. She placed 6th in the 400 free and 9th in the 200 free relay at the 2019 ECAC Championships. She graduated in 2019 with a degree in Mathematics. In 2018, Christina was the recipient of the ALIVE Award which is given to a student who pursues action, loyalty, integrity, values, and excellence as well as the Strong Truths Well Lived award in 2019.

Coach Allison joined the WHAT Swimming Coaching staff in 2014.  Coach Allison recently served as the head coach of the Division 1 Sacred Heart University Women's Swimming Team.  Under her guidance, the women's team broke 7 school records at the Northeast Conference Swimming Championships and was named a CSCAA Scholar All-America Team by the College Swimming Coaches Association of America.  Prior to Sacred Heart, Coach Allison served as the assistant swim coach at Bristol Eastern High School. During here tenure, the 2012 team claimed the CCC South regular season title. She coached seven All-Conference swimmers, as well as an All-State diver.  Before working at Bristol Eastern, Coach Allison was a NCAA Division I swimmer at Siena College where she earned a Bachelor of Science in Marketing. While there, she was named to the MAAC All-Academic Team three years: 2008, 2009, 2010. She was named co-captain in 2009-10 season, and finished seventh in the ECAC Championship in the 200 free relay. She also qualified for the ECAC Championship in the 200 freestyle and 50 freestyle.  As a high school swimmer, Coach Allison lettered four years of varsity swimming at Saint Paul Catholic School.  She was named a Connecticut Interscholastic Athletic Conference All-State swimmer her freshman year and selected to the Bristol Sports Hall of Fame her sophomore, junior and senior seasons.

Coach Kristine has coached the Developmental training group of WHAT Swimming since 2010. She swam competitively for four years for both the Rocky Hill High School Varsity Swim Team and at the University of Saint Joseph (West Hartford, CT). At USJ, she swam both distance and sprint events, specializing in the 50 backstroke, 100 backstroke, and the 500 freestyle.  Kristine is also a part of the relay team that holds the 400 freestyle relay, 800 freestyle relay, and 400 medley relay records at USJ. Kristine received GNAC All-Academic recognition and was placed in the top twenty four at the New England Swimming Championships all four years as a student-athlete at USJ. Coach Kristine was the Assistant Swim Coach at Miss Porter's School (Farmington, CT) from 2010-2014.  Coach Kristine has developed numerous 8 and under swimmers who went on to capture individual and relay titles at the CSI 8 and under Championships. 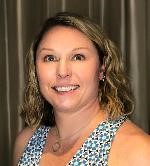 Coach Kelly joined the WHAT Swimming coaching staff in September 2017.  Coach Kelly began her swimming career at North Baltimore Aquatic Club and swam through high school where she qualified and competed in the USA Swimming Junior Nationals, Senior Nationals, and Olympic Trials.  She also qualified for the USA Swimming National Junior Team and competed for the United States in Paris, France.   After graduating high school, Kelly was recruited to swim at the University of Southern California by Olympic Coach Mark Schubert.

As her college swimming career came to an end, Coach Kelly became a volunteer assistant coach at University of Southern California and accompanied the swimmers to the 2000 United States Swimming Olympic Trials.  Following college, she briefly coached age group swimmers at her club team, NBAC, in Baltimore, MD.  Coach Kelly also coached a masters swim team in NYC for 8 years and was a USMS Masters swim coach for Worlds in Riccione, Italy in 2014. 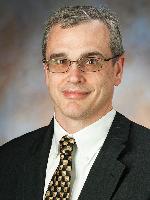 Peter began swimming with the Waterbury YMCA Brass City Barracudas.  Shortly thereafter, he started swimming for Kennedy High School.  He continued to swim at the collegiate level for a time eventually leaving college to become a police officer.  In addition to his swimming team activities, he was also a children’s swim instructor and coached at swim clinics focusing on stroke mechanics as a prelude to the swimmers joining a team.

After leaving college, Peter periodically returned to the pool training for triathlons.  In 2011, his son, Brett, joined WHAT.  He became an active parent volunteering to help the team and eventually became a USA Swimming official.  Several years after becoming involved with WHAT, he joined the WHAT US Masters Swimming workout group.  He returned to competitive swimming participating in several meets a year including the New England Championships.  He is a certified coach for USA Swimming and US Masters Swimming.

Peter is married with two children, Brett who is attending Babson College as a scholar athlete and Cate who is in high school.  He is currently the Head of Data Engineering and Analytics at an insurance company.  He looks forward to sharing his passion for the sport with you and your swimmer(s) 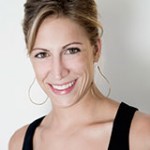 Coach Laura joined the WHAT Swimming Coaching staff in 2017. She was a four year varsity athlete at Centennial High School (NJ).  Coach Laura was recruited to the University of North Carolina Wilmington swimming team.

As a part of UNC Wilmington, Coach Laura set individual school records in the 200 backstroke, 200 IM and the 400 IM.   Coach Laura was a two year co-captain, four year varsity letter holder four year scholastic All-American and awarded the UNCW Most Improved Award (2009).   She was a multiple All Colonial Athletic Association honors recipient and event finalist at the CAA Intercollegiate Swimming Championships.

Coach Laura was the Head Coach for the Waves of Wilmington Senior Advance Group from 2012-2015 and a swim instructor for 4 years with the Seahawk Swim School.

Coach Laura is a Certified Personal Trainer from the National Academy of Sports Medicine.