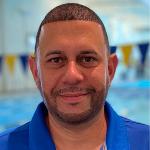 The 2021-22 season marks Coach Dennis’ 18th year with the ZEUS Swim Team and his 5th as Head Coach.   Dennis has been involved in the sport for 25 years as a swimmer, instructor and, for the last 21 years, a coach.    During Dennis’ tenure with Zeus, the program has seen significant growth and continued success under his leadership.

Over the course of the last few years, Dennis has mentored athletes who’ve reached high level meets including the Eastern Zone All-star meet, Senior Zones, Speedo Super Sectionals, USA Futures, NCSA Junior Nationals and more.  Zeus perennially finds itself among the Top 10 of all Connecticut teams, has captured Age Group Championships, placed well at high level travel meets and seen many more accolades as a team.     Dennis’ efforts have been recognized by his peers over the years, including having been awarded Connecticut Age Group Coach of the Year in 2008 and being selected to join the Connecticut Eastern Zone team as an assistant coach in 2014.    Dennis currently sits on the Connecticut board of directors as the Diversity, Equity, and Inclusion chair where he is highly involved in bringing awareness and opportunities to athletes who are underrepresented in our sport.

Prior to joining Zeus in 2005, Dennis’ was an assistant Age Group Coach with Middies Swimming, Assistant Head Coach of the Mamaroneck Barracudas, and Assistant Aquatics Director and swim instructor with the White Plains YWCA.   Within these roles, Dennis helped produce Metro JO and Zone qualifiers at Middies, established record-setting performances with the Barracudas and most importantly to Dennis, took many swimmers from the developmental stages and made them enjoy the sport.

Away from Zeus, Dennis has spent the last 15 summers as the Head coach of the Roton Point swim team where he works with athletes swimming for fun throughout the summer. It’s at Roton where Dennis takes the opportunity to teach new and upcoming swimmers to love the sport of swimming.

Dennis coaches because he loves the sport and has a strong desire to help develop young athletes. He believes that the lessons learned in the pool, while not always those that are performance-related, will be lifelong lessons.  Teamwork, determination, patience, self-discipline, and self-confidence are all important aspects to a swimmer and Dennis looks to teach that to all swimmers.

Dennis and his family live in Norwalk where they have grown up and spent time with Dennis at the pool and are truly an extension of the Zeus family. 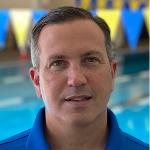 2021-22 is Coach Bill’s first season with Zeus, where he brings nearly 20 years of high-level competitive coaching experience.  Most recently, Bill spent the last five years as Head Age Group Coach with Rapids Swim Team where he led all 13/under programming and was instrumental in helping grow the program to unprecedented success.

With Pace, 13 of Bill’s athletes were named to Conference All-Star and All-Academic Teams and six athletes achieved NCAA Division II qualifying times. At Empire and Middies, Bill helped develop numerous Metro LSC age group champions and LSC and team record holders, along with 50+ Sectional, Junior and Senior National qualifiers.  Bill’s teams at Rocky Ledge captured back to back summer Division Championships in 2006 and 2007 and Bill was named "Conference Coach of the Year" in 2008. And at the Ursuline School, he guided the girls team to an undefeated season and the New York State Section I Title, sending six swimmers to that season's NYS Championship Meet.

Away from the pool, Bill is a professor in Fairfield University's Dolan School of Business  where he teaches undgraduate and graduate level Marketing courses, and serves as the school's Marketing club advisor.  Bill lives in Trumbull with his wife Tara and their three children – Hannah, Colin and Brendan. 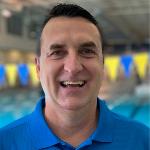 The 2021-22 season is Coach Ary’s first with Zeus, coming to the program  fresh off of the 2020 Tokyo Olympic Games, where he was a member of the South Korean Olympic Team coaching staff.   Ary brings to Zeus over 30 years of coaching experience across all levels of the sport, from club swimming and high school to the international stage.

From an international perspective, in addition to helping lead South Korea at this summer's games, Ary has served on the coaching staffs of the Brazilian National Team and Bahamas National Team; and from 2009-2011 was the Head Coach of Clube Curitibano in Curitiba, Brazil.

Ary’s USA Coaching experience includes Head Coach at Princeton Aquatics and Volunteer Assistant Coach with Princeton University (under legendary coach Rob Orr) from 2003-2008, Head Coach at the Monteverde Academy in Florida from 2012-2016, and Head Coach/Aquatics Director at the Friends Select School from 2017-2021.

A native of Brazil, Ary is now living in Norwalk where he looks forward to establishing roots with his wife and young daughter. 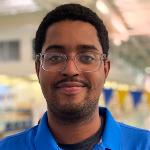 The 2021-22 season is Coach Tony’s second with Zeus where he will continue to work with our Future Stars and Rockets groups.

Tony got his start in swimming 6 years ago when he began teaching as an instructor within the Norwalk Parks & Recreation aquatics program.  Joining Velo-CT, Tony has continued his teaching and for the last two seasons, has been running the facility’s very successful Rec team.

Coach Tony enjoys instilling a love for swimming in his swimmers and is excited to be on deck with Zeus again this season. 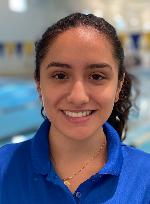 2021-22 is Kiara Gonzalez’s first year with Zeus, where she’ll be helping to lead our Future Stars and Rockets.  Kiara comes to Zeus after a number of years as a swim instructor and coach in the area.  Kiara has taught at Velo-CT, the YMCA and with SwimwithLeanna throughout the years.

In addition to her coaching role with Zeus, Kiara helps lead Velo-CT’s recreational swim team and acts as a private swim instructor at the facility.

Kiara grew up swimming competitively for the Stamford YMCA and Chelsea Piers Aquatic Club where she excelled in butterfly events.