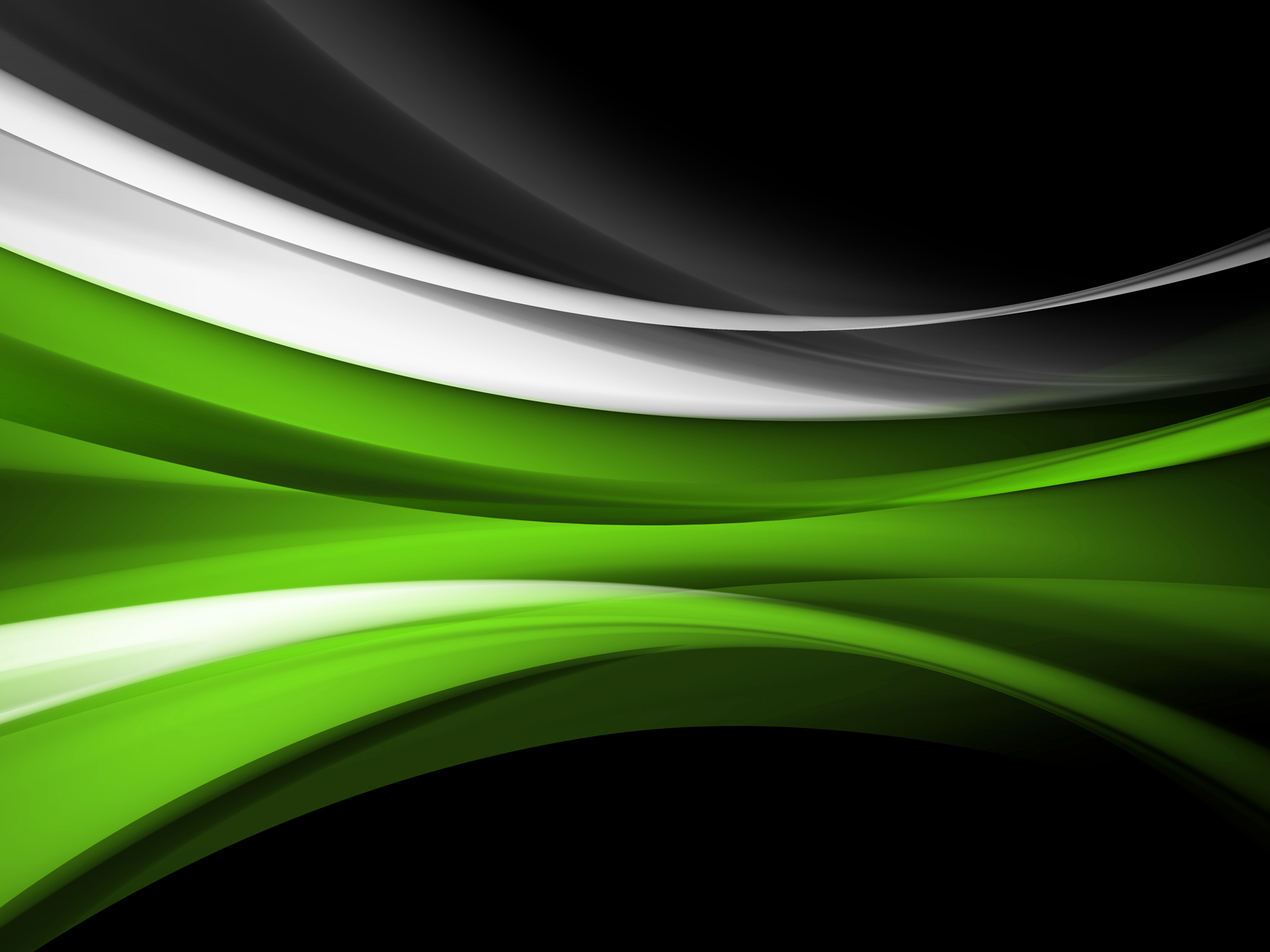 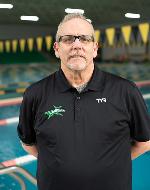 Coach Kevin Weldon is one of the Dayton region’s most experienced competition swim professionals. With 30 years leading the Dayton Raiders, Coach Kevin has developed:

The 2018 International Swim Coach Association Hall of Fame inductee has also helped his swimmers acquire more than 1-Million-Dollars in athletic scholarships over the course of his career.

Coach Kevin hopes to provide a safe and positive sports experience for all Raider athletes, and the opportunity for each swimmer to achieve their full potential. The Dayton Raiders are a 3 time USA Swimming Gold Medal Level Club of Excellence under his leadership. 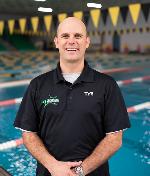 For more than 20 years, Coach Brent has been using a mixture of creativity, enthusiasm and innovative techniques to create one of the most comprehensive age group programs in the region.

Known for his high energy and smile, the former Ohio Age Group Coach of the Year is also a Team Manager for the Ohio All-Star Zone Team.

Prior to the Raiders, Coach Brent was the Head Age Group Coach for the Wright-Patterson Flying Fish at Wright Patterson AFB. He was also the Head Coach for Fairborn (OH) High School, and led the Wayne Swim Club, a summer team in Huber Heights, to winning 2 Miami Valley Swim Association Titles.

Coach Brent constantly strives to put the fun in swimming. 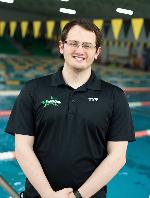 Coach Dylan brings a combination of laughter, innovative technique work, patience, and heart to his coaching each and every day for the Raiders.

The 2019 Graduate of Wright State University is an assistant coach for the Raider’s junior group and also a Supervisor and swim lesson instructor for the Dayton Raiders Swim Academy.

Coach Dylan has extensive training and certifications including:

An accomplished swimmer himself, Coach Dylan was a member of the Wright State Swim and Dive Team and holds some of the team’s most recent top times in the 1000 and 1650 freestyle.

Coach Dylan wants each of his swimmers to feel confident to perform their best and to know, “The only limit is you”! 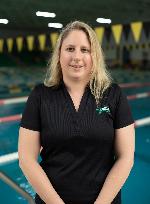 Coach Jaclyn has been coaching since 2008, and brings her personal experience as an outstanding swimmer from both the local high school and University ranks to the Raiders pool deck. She was a standout student/athlete at Centerville High School and the University of Miami in Florida.

Jaclyn is currently a chemistry/biology teacher at Alter High School. She prides herself in her ability to utilize her teaching skills both in and out of the pool to best teach her athletes. Coach Jaclyn believes athletes should learn what it means to work hard, but have fun while doing so. Her groups target listening skills, team building, goal setting, and more.

Coach Jaclyn hopes to develop each of her swimmers into the best athlete and person they can become. 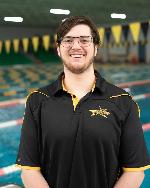 Intense, Passionate, and Fun…just three adjectives to describe the coaching style of Coach Owen. The Dayton Raiders assistant coach and Wright State University student brings with him a fresh perspective on swimming and teaches each of his swimmers what it takes to achieve lofty goals.

Coach Owen has been with the Raiders for three years. He is also a veteran swim lesson instructor. Technique work and fundamentals are a focus area for Coach Owen. He also trains swimmers on how to effectively deal with the rigors of competition level swimming. 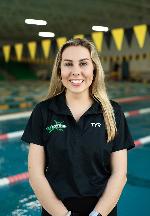 Coach Maddie brings a positive, light-hearted coaching style to the Dayton Raiders Aquatic Center each day. The former Centerville High School swimming standout teaches her athletes the importance of hard work and dedication, and how to apply strong swimming fundamentals towards fast racing.

Coach Maddie was a member of the Wright State University Swim Team and also selected as a Coach for the Ohio All Star Zone Team. She is a student of the sport and holds many certifications including:

Coach Maddie coaches the individual swimmer to be his or her best. She knows with swimming, you get out of it what you put into it so she tries her best to make each practice a positive learning experience for the athlete. 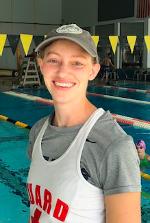 Coach Vickie joined the Raiders in 2018. 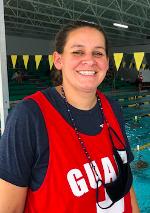 Coach Bethany joined the Raider staff in the fall of 2019.  Coach Bethany has been the Head Coach of the Yellowsprings Sea Dogs since 2012, helping grow one of the smallest summer clubs to a 100+ team and strong presence in the Miami Valley Swim Association (MVSA). She was also the former Head Coach for the Yellowsprings HS Swim & Dive Team.   Coach Bethany began her swimming career at the Dearborn County YMCA and later was a member of the MAKOS Swim Team in Oxford, OH.  Coach Bethany works as an Intervention Specialist at the Greene County (OH) Learning Center following her passion while helping students K-7 with special needs.  Coach Bethanyand her husband have 3 children and one of them, Brooklyn, is a Raider.

Coach Grace joined the Raider staff in the 2020-2021 season.  Grace has recently been an assistant coach for the Greene Valley Gators Swim Club for three seasons.  In the summer of 2020, Grace worked directly with approximately 100 children ages 6-16.   Coach Grace also has been providing swim instructions to young as part of her ever-increasing volume of experience.   Coach Grace is very excited to be coaching at a young age and desires to work with other Raider coaches to learn as much about competitive swimming.  In her free time, Grace spends time reading, writing, and drawing.

Coach Kevin joined the Raider staff in the fall of 2019.  The former Div I standout swimmers from University from West Virginia (UWV)  lives in Dayton with his family and four children.  His son, Stephen, swims on the Raiders.  Kevin is also a key member of the Dayton Raiders Aquatic Center (DRAC) staff, ensuring the facility is modernized, safe, financially sounds, and achieves its long term vision as a premiere and privately-owned & operated Aquatic Facility. 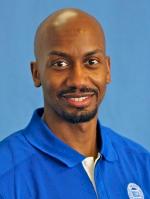 Coach Ken Hunter is the Director of Fitness for the Dayton Raiders.

Coach Ken brings over 10+ years of experience in the health and fitness industry. His professional experience originates from Personal Training, Martial Arts, Yoga, Pilates, and Joint Pain Reduction. He has trained collegiate, elite, and junior elite athletes and effectively helped many clients reach weight loss goals and get in shape.

Ken has a genuine passion and dedication to promoting healthy lifestyles, encouraging fitness for the whole family, and activating today’s youth. Ken has thoughtfully developed effective fitness programs that teach, motivate, and promote hard work while ensuring that the time is enjoyable for all. Ken’s programs encompass the true meaning of fitness.