Kris Moellenberg was born and raised in Sylvania, Ohio.  He is a 1981 graduate of Southview High School where he excelled at swimming.  Following high school, he attended the University of Toledo majoring in physical education and also swam all four years for the Rockets.  Following graduation in 1986, he started his coaching career in Florida and Colorado.

Kris has been a professional swim coach for 36 years, and 17 of those years have been with Tsunami.  In 1994, he took a position as the head coach with the team and again in 2010.  During this tenure, senior swimmers have achieved USA Sectional, USA Open, USA Junior National, USA Futures, and USA Sectional times.  Kris has also had swimmers receive USA Academic All-American awards while in high school.  As an age group coach, he has had numerous age-group swimmers qualify for the Ohio Junior Olympic state meet, earning them age group champions, and top 10 age group rank in the country.  There have also been many swimmers who earn Central Zone qualifying times where Kris has been invited to be an Ohio team coach for 9 years.

Though Tsunami keeps Kris very busy, he has also been the head coach for Southview High School since 2009.  While under his direction, Kris has had several swimmers qualify for the High School Division 1 State meet.  While this meet has the reputation of being one of the fastest high school championship meets in the country, his swimmers have finished in the top 16 earning All-Ohio Honors and some even finishing in the final 8!

Professionally, Kris has been honored as BCSN Coach of the Year as well as Ohio Swimming's Age Group Coach of the year in 2013.  Since 2015, Kris has served as a delegate on Ohio swimming's board and has been the representative at the USA Swimming conventions.

Kris lives in Sylvania with his wife of 31 years, Kathy.  In his spare time, he enjoys spending time with his grandchildren and traveling around the country especially to Alaska. 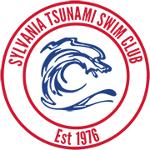 Coach Lori Yaross started with Tsunami in 2015 where she works with the Senior and Blue group.

She is also the head coach at St. John's Jesuit High School and Notre Dame Academy. Where she has been coaching there since 2010. In 2014, she received the TRAC Coach of the Year award and was nominated for BCSN Coach of the Season in 2015.

Coach Yaross was the co-founder of the Dundee Dragon Swim Club in Dundee, Michigan, and has been served as head coach since 2007-2015. She also served as the Erie Mason head coach from 2007-11, in Erie, Michigan.

Coach Yaross graduated from Erie Mason High School in 1999. She qualified for state competition her sophomore through senior seasons and held five school records. She competed at Cleveland State University, where she was a team captain for three years.

She likes to spend her free time with family and friends. She also enjoys spending her time outdoors and traveling.

Coach Andy majored in communications at the University of Toledo.

In his spare time, Andy likes to workout and play sports or video games. 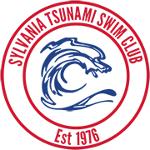 Kelsey started swimming at the age of 5 and continued to swim during all 4 years at Perrysburg High School. During her time there, she was a team captain her senior year and also and holds multiple records.

Kelsey has been an assistant coach and swim lessons instructor at Belmont Country Club, and most recently, the Fort Meigs YMCA. She has been Sylvania Tsunami since 2014.

Coach Kelsey majored in Spanish with a minor in Marketing at Bowling Green State University. She graduated from BGSU in 2015. Kelsey is currently in Customer Service for a local company.

In her spare time, Kelsey is an avid reader.

Coach Courtney started swimming at the age of 8 and continued to swim competitively up to the high school level.

During her time in high school, she was a swim instructor and lifeguard at the Northview Natatorium.

Coach Courtney is currently attending Mercy College of Ohio and is on track to get her bachelor of nursing degree.

In her spare time, Courtney enjoys shooting competitive archery and is currently a multiple state champion in several divisions.