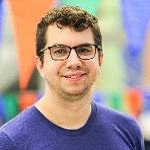 I am a Mitchell, SD native starting swimming at age 5 in Mitchell and now started my coaching career in South Dakota. For the past 6 years I have been the head coach for the Mitchell Aquatic Club, growing the team to double the size from when I started. Over my time at MAC I coached kids to All-Stars, Zones, Sectionals, Junior Nationals, and Olympic Trials. In 2015 I was named the SD Swimming Year-Round coach of the year and have served as Age Group Chair and Technical Planning Chair on the SD Swimming Board of Directors. Coaching and working with kids is what I love to do and I think it’s important to build well-round people that swim and enjoy the sport of swimming!

I swam competitively at the Missouri State University (Go Bears!), where I was a 4-year letter winner and earned all-conference honorable mention honors for the Missouri Valley Conference championship meet and Sun Belt Conference. 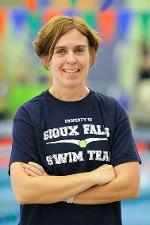 Coach Micko, a native of Brookings, S.D., has spent the last four years as the head age group coach with the First Colony Swim Team in Sugar Land, Texas.  During her time with the First Colony Swim Team, she was nominated for Gulf Swimming Age Group Coach of the Year and coached athletes to multiple USA Swimming Top 10 performances. She was also a member of the USA Swimming Age  Group Development Committee.
From 2008-12, she was the senior team coach and head age group coach for the Cypress Fairbanks Swim Club in Houston, Texas where she coached two relay teams that were ranked No. 1 in the country and several USA Top 10 individual swimmers. Micko led the Cypress Fairbanks Swim Club to Gold Medal Status as one of the top teams in the country. She was responsible for the day-to-day coaching of high-level swim group with swimmers ranging from 13-18 years-old as well as staff training, mentoring and administrative duties of a 400-plus member club.
Micko led the Sioux Falls Swim Team during two stints from 1999-2001 and again from 2004-08 where she led numerous state championship teams and USA Top 10 individuals. She helped coach athletes from state championships to Olympic trials and was twice named coach of the year.
In between her time with the Sioux Falls Swim Team, Micko spent three seasons as an assistant coach at the University of New Mexico where she was responsible for the recruitment of student-athletes at the Division I level and day-to-day workouts.  Micko graduated from South Dakota State University with a Bachelor of Science in HPER with an emphasis in fitness and wellness and was also a three-year letter winner for the SDSU swimming and diving team.
In her free time, she enjoys watching sports (other than swimming). You will find her attending many events at SDSU (GO BIG, GO BLUE, GO JACKS!) and is a huge Duke basketball fan! She also enjoys spending time at Lake Poinsett with her dogs, Brody and Bailey!

I began teaching swimming lessons in Minnesota at Lifetime Fitness when I was sixteen and have carried my love for swimming and teaching kids with me to South Dakota. I was a coach on the Vermillion Area Swim Team for two years before coming to Sioux Falls. I am now a second grade teacher in Tea and am excited to share my passion for teaching kids and to watch them grow and learn in the sport of swimming. 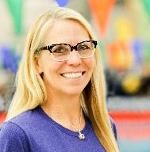 I am Coach Paula.  I was a charter member of the Brookings Swim Club, where I grew up, and swam for the Jackrabbits for four years, graduating from SDSU.  I am a teacher and was the first Certified Athletic Trainer in the Brandon Valley School District.  I currently teach elementary PE at Fred Assam Elementary and Valley Springs Elementary.

My husband, Rick and I have three children and Rick has a daughter, Kelli.  Our three children, Paul, Haley and Jack, all swam in Sioux Falls and at the University of Iowa.  Swimming has played a major role in our family and I am thrilled to continue to share the love for the sport with Sioux Falls Swim Team! 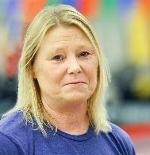 I have been coaching the Luverne branch of the Sioux Falls Swim Team for over 5 years. I continue to be instrumental in implementing and bringing aquatic success to Luverne where previously there had never been a swim team.

I have been around or in water for most of my life. As a teen I was a state park lifeguard and eventually finding employment at the Luverne Area Aquatics and Fitness Center where I have been for the past 35 years. To this day I continue to instruct, change, challenge, mentor and entertain all who enter the facility. My many responsibilities also include instructing swimming lessons and planning and conducting a variety of classes. My lifeguard training course prepares the attendees to respond and prevent aquatic emergencies. In the water safety instructor classes I instruct/demonstrate all of the strokes and skills. These classes incorporate a wide age range which yields an additional challenge.

I am also a certified water aerobic instructor leading significant variety of water classes along with a certified senior (Active Ager) trainer. This presents a diverse mixture of age appropriate exercises and classes.

Supervisor of Luverne Area Aquatics and Fitness, instructor trainer, personal trainer, wife, mother, grandmother, big buddy mentor and swim coach are just a few of my many roles I embrace and love. 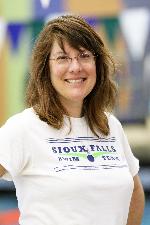 Lora also has two years of teaching group and private swim lessons. Her two children have successfully competed at the local, state, regional, and national levels. 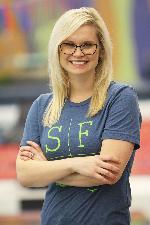 Hello, I am Coach Morgan Willard. I am a native of Pierre, SD. I am a full-time Clinical Dietitian along with wife to Sam and mommy to Mia.

As a young swimmer, I grew up as a member of the Pierre Swim Team. For college, I swam for Boise State University where I was a part of two WAC championship teams and a team captain. For my senior year, I transferred to South Dakota State University where I was able to swim my last year with my two younger brothers, Jim and Alex McLain. At SDSU I was a school record holder, 2nd place summit league finisher and New Comer of the Year.

I started teaching swimming at the age of 14. I have had the pleasure of instructing kids of all ages for the city of Pierre, Pacific Swim School in Northern California and Swim America in Sioux Falls, in addition to several private swim lessons.  This is my first official coaching position. I have missed the sport dearly since my husband and I moved home after living in Japan for several years. I am very excited and honored to share my passion for the sport with the Sioux Falls Swim Team!