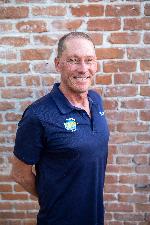 Scott Lathrop brings 31 years of coaching experience to Desert Thunder Aquatics. Scott’s coaching career began in 1986 as an assistant coach for ASU  before branching out to club swimming.He has worked at all levels of coaching with USA Swimming from novice to Olympic Trial qualifiers. In 2000, Scott  accepted a position of Associate Coach for Desert Thunder Aquatics Club, and then became the Head Coach and CEO of DTAC in 2006. Scott manages the team and assists with coaching duties for the National Training Group and Senior Group.

Scott has had comprehensive study in technique with former head coach and now consultant Milt Nelms, and has collaborated on a technical curriculum for USA Swimming with the foremost mind in technique, Bill Boomer. This background plus his experience with one of the most advanced training systems available, Parametric Training, has brought Scott to develop athletes of all ages to their best potential, including Top 16, Junior, Senior National, and Olympic Level athletes.

Scott competed in swimming throughout his high school and college career, becoming a three time National Qualifier, a scholarship athlete for two colleges, and twice Academic All-American, then graduating from ASU in 1989 with a Bachelor of Science in Aeronautical Technology. In addition, He has been an avid competitive cyclist, being a three time National Qualifier, and an Olympic Trials Qualifier in 1992. Scott also enjoys outdoor experiences including mountain biking and mountain climbing, and frequently visits Colorado to join his family.

Currently Scott resides in Chandler with his dog Riley. 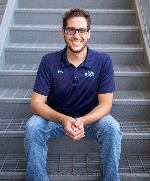 Andrew has lived and grown up in Gilbert, Arizona.  At the age of four he was introduced to skiing and parks and recreational swimming.  He learned to ski from his Dad, who was an instructor at Sunrise for 15+ years.  He grew up skiing, swimming, and playing soccer in their respective seasons.  He enjoyed video games, and playing outside on the trampoline and in the swimming pool.


Andrew attended Gilbert Elementary, Mesquite Junior High, and Mesquite High School where he graduated top 3% of his class of 720 students.  He promptly applied and started attending Arizona State University as a Chemical Engineering Undergraduate.  He did not receive a B in any class until second semester of attending ASU.  In May 2011, Andrew will receive his Bachelor of Science in Chemical Engineering.

In 2003, Andrew joined DTAC as a freshman in High School, swimming for Scott in the High School Development Group.  Andrew made his way up through the ranks as he stuck with the program for 6 years.  He attended several Milton Nelms demonstrations and held the teachings of stroke posture, tone, and efficiency in high esteem.  Two years after graduating High School, Andrew had continued with DTAC until the beginning of his junior year of college, when he was offered the privilege to swim at ASU and help resurrect the recently disband Men’s Swim Team.  Putting forth his best effort for over a year, with some grueling practices, he reluctantly gave up his position on the team to focus on his degree.


Today, Andrew can bring more technique awareness and understanding to the pool, as he has actively performed proper stroke mechanics and technique in the past.  One of the main ideas he’d like to help contribute to the team is an idea of self motivation.  That a person does what they do the best they can, because they can.

Coach Riannon was born and raised in Arizona where she attended Dobson High School.

She first discovered the sport by joining the swim team with her best friend sophomore year. Riannon then went on to swim throughout high school on the Dobson swim team as well as Dobson Dolphins and Mesa Aquatics Club. She served as team captain her senior year where she worked side by side along her coach to keep the team organized and running.

Riannon graduated from Dobson High School in 2017 with honors. She then began attending Arizona State University to study Secondary Education with a focus in history. Upon graduation Riannon's dream is to teach high school economics or government. She in currently in her Sophomore year at ASU.

Riannon's love for kids and swimming inspired her to start work at SwimKids USA which led her to Desert Thunder Aquatics Club. She is very excited to develop young swimmers work ethic, confidence, and swimming. Her goal is to provide the help and guidance to inspire each swimmer to reach their goals and believe in themselves.

Coach Alec was raised between Puerto Rico and Arizona. His love for the water started early and soon developed into a passion he would carry for the rest of his life.

In 2009, Alec joined DTAC as a 13 year old swimming for Coach Scott. Alec saw success as he stuck with the program. He obtained his State,Sectional, and National cuts, as well an Athletic Scholarship to the Division one University of Tennessee. Alec’s career came to an early unforeseen end when he had surgery on his hip when he was 18. Though if you ask Alec what he admires most about his time swimming he would say that the fast times are great, but what he takes away from his experience most while swimming was the tools of success that DTAC has shown him. From hard work, discipline, persistence, and many more defining aspects, Alec has put those tools to use in every aspect of his life.

After hanging up his cap and goggles, Alec focused his efforts on traveling and new experiences. He has lived in Puerto Rico, worked on private Yachts in the Bahamas, traveled Europe, and became a Professional Ballroom dancer.

Today, Alec hopes not only to bring precise technique understanding, proper stroke mechanics, and racing strategies, but he also hopes to instill the same values of success that his coach instilled in him.