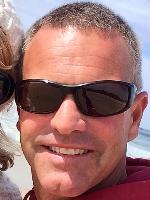 Mark Sand began swimming competitively at age 10 for his local summer team. He then moved on to club swimming for San Jose Aquatics where he remained until he left for college. Mark swam all 4 years in high school and was recruited for Cal State Hayward’s men’s team where he swam for 3 years until the program was dropped. Mark fell in love with the sport of swimming while in high school and began thinking about a future in coaching. While in college, Mark was able to begin assistant coaching for Castro Valley High School’s swim team(1990,1991,1992,1993,1994). That led to his first Head Coaching job for the Chabot Dolphins, now known as the Marlins.(1991,1992,1993) Mark graduated with a degree in Kinesiology from Cal State East Bay in 1993 and began coaching year round age group swimmers for the USA Swim Team Mission San Jose Aquatics.(1992 - 1999)

In 1999, Mark and a small group of parents from Castro Valley and Hayward formed The East Bay Bat Rays Swim Association. He also returned to coach Castro Valley High School for 4 more years(1999,2000,2001,2002) bringing a 5th place finish at NCS for the girls team in 2002. Mark earned a Master’s Degree in Kinesiology from Cal State East Bay (2009-2013) where he tailored all of his studies to the sociological, psychological and physiological aspects of training as it relates to club swimming. Mark has been a full time PE teacher for Castro Valley Unified since August, 1996 and for the past 18 years teaches at Creekside Middle School.

He and his wife are celebrating 25 years of marriage this summer and have 3 children, Carson, Cassie, & Ashley. 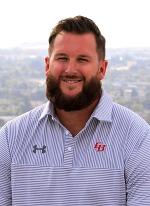 Shane Pelton enters his second season as the head coach of the Cal State East Bay women's swim team in 2017-18.

Pelton's first season with the Pioneers was an historic one, as he led the squad back to the NCAA Division II championships for the first time in three years, and exceeded all expectations to take 15th place in the team standings, matching the best finish in program history. Pelton also led CSUEB to its fifth straight top-three finish at Pacific Collegiate Swim Conference Championships, despite not fielding a diving team.

Under his guidance, the Pioneers set nine new school records during the 2016-17 season. Two of them are owned by First Team All-American breast-stroker Claire Beaty, and four of them belong to First Team All-American Morgan McClure, who also claimed three PCSC titles was named both PCSC Co-Swimmer of the Year and Cal State East Bay Female Athlete of the Year. Pelton also coached Mariam Lowe to a PCSC championship and a school record performance in the 100 Back. In addition, the Pioneers broke two relay records in 2016-17 (200 Free and 800 Free), and four individuals earned All-American honorable mentions for their performances at NCAA Championships.

Pelton spent nearly a decade in the coaching profession before coming to Hayward, most recently as the assistant head coach and recruiting coordinator for the men's and women's swimming and diving program at Cal State Bakersfield.

At Bakersfield, Pelton handled a multitude of responsibilities and helped lead a 2015-16 women's squad that won five dual meets during the season and placed fourth at the Western Athletic Conference championships. In addition to day-to-day coaching duties, he was in charge of recruiting, travel arrangements, monitoring academic progress, directing home meets, and coordinating with the admissions, business, and compliance offices.

Prior to his stint at Cal State Bakersfield, Pelton spent two years as an assistant coach at Arizona State, serving as lead recruiter for the women's program while completing his master's degree in liberal studies. Before that, he spent five years as the assistant coach and recruiting coordinator at Bridgeport University. There he coached multiple Division II national champions, including the national record holder in the 100 backstroke.

Pelton was also a successful student-athlete at the Division II level, competing for Southern Connecticut State from 2004-08. He earn All-American honors as a senior in the 800 freestyle relay and 400 individual medley before graduating with a bachelor's degree in business management. Following his swimming career, Pelton coached YMCA and club swimming for nine years in the Connecticut area. 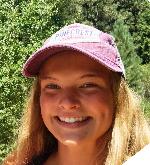 Cassie began coaching the pre-comp group in September 2016. She began swimming here on EBAT when she was 5 years old, then stopped at 12 years old to compete in dance full time. Throughout high school, she stayed involved with swimming by teaching at the American Swim Academy for 3 years, and at EBAT’s summer lesson program for one year. In April 2017, she became a junior coach for the Chabot Marlins summer league team, and helped out with the 8 and under group. She is studying at Cal State East Bay, majoring in mathematics to become a teacher.

Cassie still enjoys to dance and swim on her free time, and is leading the Cal State East Bay cheer team as their president. She loves working with kids and plans to continue coaching year round to help kids find their passion in swimming.