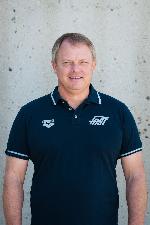 Coach Brown began as the Head Coach of FAST in 2011 bringing over 25 years of experience to our deck. Coach Brown has developed multiple National Record Holders, National and Junior National Champions, and more than a dozen first-time Olympic Trials qualifiers. Between 2004 and 2015 he placed 10 swimmers on the U.S. National Junior Team in the 50 Free, 100 Free, 400 Free, 800 Free, 100 Breast, 200 Breast, 200 IM, 400 IM, and Open Water 10K. In 2017 he placed 2 swimmers on the World Championship Team and U.S. National Team for Open Water.

Coach Brown was honored in 2011 as USA Swimming's Developmental Coach of the Year. In 2009 Coach Brown gave two talks at the American Swim Coaches Association (ASCA) World Clinic. Articles on his technique and training ideas have been published in Swimming World, American Swimming, and ASCA magazines.

Coach Brown earned a bachelor's degree in English from Columbia University where he was a member of the varsity swim team. His philosophy for success in swimming and life is "Work Works". 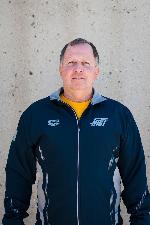 Coach Paul joined FAST in 2018 with over 30 years of teaching, coaching, and operations experience.  He coached at the college level for 14 years at Michigan (2), UNLV (1), and USC (11).  Prior to that he served as Head Coach of Conejo Simi Swim Club for 9 years.  He has experience developing and training athletes at all levels, from learn-to-swim to Olympic Champions.

Coach Paul was a 4-year letterwinner in water polo at UC-Irvine where he earned a bachelor's degree in Comparative Literature and Film Studies.

Coach Sean joined the FAST staff full-time in September 2018. Sean swam at FAST 2006-2012 graduating from Diamond Bar High School in 2012 and moving on to Arizona State University. At ASU Sean was a member of the Pac-12 Conference Team all four years specializing in sprint freestyle and was named a captain in his senior year.

Sean graduated from ASU in 2016 and continued pursuing his education there earning a Masters Degree in Exercise Science in May 2018. 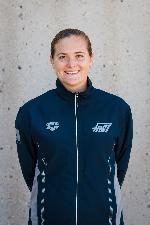 Coach Lauren joined the FAST staff in 2012.  She has over 15 years of experience teaching and coaching a wide range of levels, from infants to adults. She coached 14 & Under swimmers in New York City at the Manhattan Makos and Asphalt Green swim teams.