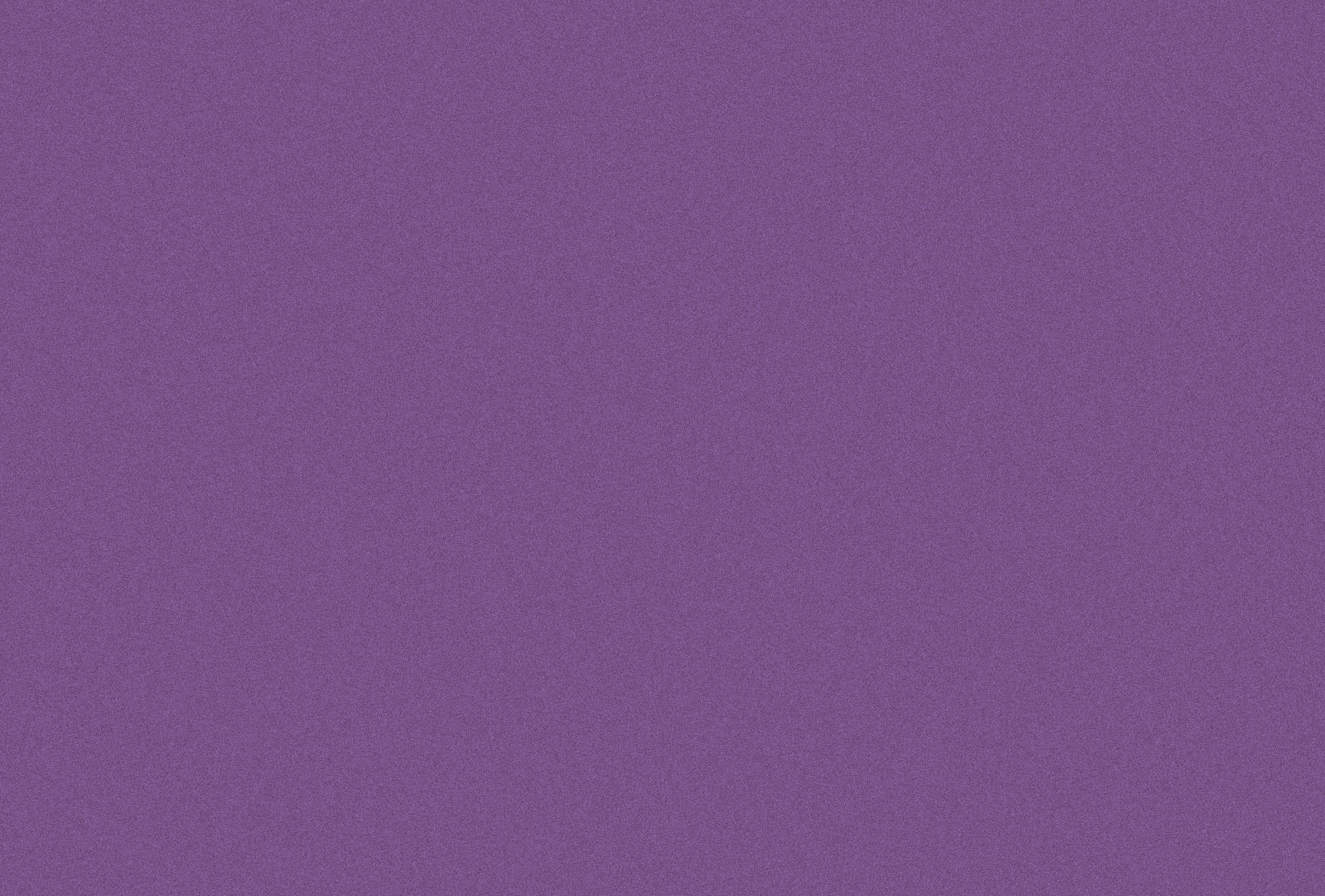 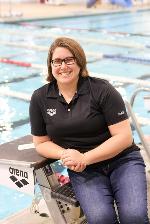 Summir enjoys sharing her passion for competitive swimming through over a decade of coaching. She started in California during her 5th year at Fresno State as a student coach, then with club swimming at Golden West Swim Club in Huntington Beach, California from 2001-2005. She has continued in Oregon with the Chehalem Swim Team in Newberg from 2011-2016 and joined the FGSC coaching staff in 2016. She is an ASCA Level 2 coach, USA Swimming coach with certifications as a lifeguard, concussion protocol training, and athlete protection training.

As an athlete, Summir spent 9 years competitively swimming with club, high school, and college teams. During that time she competed at Junior Nationals, Senior Nationals, and the 2000 Olympic Trials. A swim career highlight was becoming the Western Athletic Conference champion in the 100 backstroke during her junior year at Fresno State.

When Summir is not wearing her coaching hat, she loves to hike/walk, watch movies, and cook. She also loves spending time with her son, Joseph, and watching his love for soccer develop. 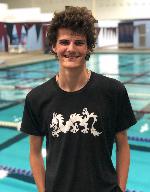 Jan swam competitively with FGSC for six years, including four years with FGHS. He has raced at State Champs several times and attended Senior Sectional and Age Group Regional meets in federal way. Currently part of the FGSC record holding relay in the 200 free relay (boys 15&O). Off deck, he enjoys hiking and backpacking and camping, and has been in Boy Scouts and Cub Scouts for thirteen years. 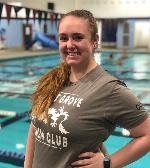 Sydney has been in water since she was 7 and grew up at the Forest Grove Aquatics Center. She swam with the Dragons from age 7-12 then took a break to play softball until rejoining swimming as a freshman at Forest Grove High School. Sydney also played water polo and was proud to be captain 2 of the years she played.

Sydney’s first jobs were as a lifeguard and swim instructor, instructing being her favorite part of the job. She loves to spend time with kids and educate them about water safety. She nannies for a family with two wonderful boys alongside coaching.

Alongside swimming, Sydney enjoys spending time with her cat, camping, and trips to Disneyland. 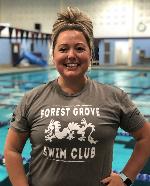 Bethany has always been a lover of water, spending every waking hour possible in the rivers and lakes around her home town of Forest Grove. She decided to try the High School Swim Team her freshman year and ended up falling in love with competitive swimming (butterfly and backstroke were her favorite strokes), followed by joining the High School Water polo Team as their goalie. She competed and lettered in both sports throughout her years at Forest Grove High School and continued to swim and play Water polo at Western Oregon University.

While taking a weight lifting class in college, Bethany realized she wanted to learn everything about health, fitness, and coaching. She helped coach and train the Western Oregon University Women's and Co-Ed Water polo teams before receiving a Bachelors Degree in Health and Physical Education from Western Oregon University in 2004. After graduating, Bethany proceeded to get certified for Personal Training, Water Aerobics, and Pilates, teaching in multiple local gyms and private sessions. Shortly after, she and her husband decided it was time to start a family and she's been waiting ever since to start up the coaching career she dreamed about since college!