Starting his 27th season as Head Coach of the Bardmoor Aquatic Team is Tom Haight.  For over forty years, he has coached at the YMCA, USS-year-round (SPA; SPORTS), USS-seasonal (BCSA; BAT), and high schools levels, most recently @ Seminole High School where he coached for 24 years. His girls and boys teams won 41 state, region, district, and conference titles while earning a 400-57-2 dual meet record during that time. In 2014, he was inducted into the Seminole High School Hall of Fame. He is an ASCA-Level 4 coach.  He served for two years as Florida Swimming’s Age-Group Chairman and has held numerous FSCA positions.  Coach Haight works primarily with the 11-over age-groups. 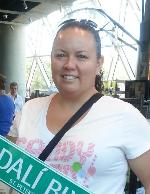 Kristi started as a BAT coach many years ago when Coach Tom joined BAT. She has coached most of the time since then, with several years at BAT and locally at the high school level and WFLA and in New York City for three years with a club team. Having moved back to Florida about a year and half ago, she is a design photographer working with local realtors and interior designers. 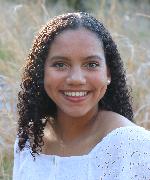 Ashley started BAT when she was 11 and swam for over six summers. Last summer she coached the 6 and unders, and returns this summer to coach the 6 and under age group again.  She currently attends the University of Florida, where she majors in Exercise Physiology, and continues to swim on the university’s club swim team.  She looks forward to working with all the little ones again!