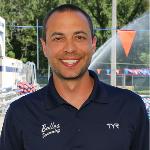 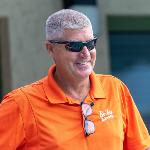 Porter is a familiar face in competitive swimming on the first coast.  He came across the river to the Bolles Sharks in 2010 from the Spartan Aquatic Club (SPAC) in Orange Park, where he served as the program’s Head Coach from 2004-10.  During his tenure with SPAC Porter has coached swimmers to number one rankings at the local, state, and national level.  Porter also served as the Head Coach for St. Johns Country Day School since August of 2004, where he taught physical education.

Porter enters his 33rd year of competitive coaching.  Thirteen of those years were spent as an assistant coach at the Lake Erie Silver Dolphins in Ohio, then one of USA Swimming’s Gold Medal Clubs.  Porter also served those 13 years as a teacher/coach at the Hawken School in Chesterland, Ohio.

Awarded the 2011 Florida Swimming's Age Group Coach of The Year, Dale Porter’s experience is only equaled by his enthusiasm for teaching and coaching.  An established and highly respected coach in Florida Swimming, Porter brings a wealth of experience and a great store of excitement to the Bolles Sharks Age Group program.  He has presented talks at the 2012 and 2014 ASCA World Clinics, 2015 San Diego Age Group Coach's Clinic, 2013 Legends of Texas Coach's Clinic, and for USA Swimming's online clinics.  He has served USA Swimming as a manager for the 2018 Jr. Pan Pacs, 2017 Jr. World Championships, 2017 Western Zone Select Camp, 2015 & 2016 Open Water Select Camps, the 2016 National Junior Team Camp., and as an assistant coach for the 2014 National Select Camp.  Highly regarded for his outstanding coaching, depth of knowledge, leadership, enthusiasm, and humility, Porter creates an exciting dynamic on the Bolles Sharks coaching staff and within the team itself. 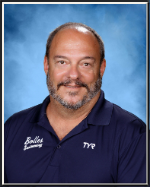 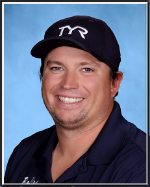 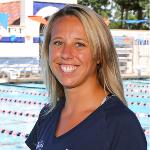 Coach Claire grew up in and around the Denver, Colorado area. She is in her second year with the Bolles School Sharks and has been coaching for over 6 years. She received her Bachelor's degree from the University of Northern Colorado in Sport and Exercise Science with minors in Coaching and Psychology, and is expected to complete her Master's degree in Kinesiological Sciences from Jacksonville University this April.

Prior to her arrival in Jacksonville, Coach Claire was an Associate Head Coach and Assistant Aquatics Director for the Colorado Athletic Club Stingrays in Englewood, CO. While she worked with all ages with the Stingrays, her primary focus was their Senior team. During her time with the Stingrays, she coached athletes to win CHSAA State titles, Sectional and Zone titles, and helped athletes achieve Junior National qualifying times. Several of her athletes have gone on to DI, DII, DIII, and NAIA collegiate programs.

Coach Claire was a distance swimmer throughout her time at the University of Colorado and was a member of their Conference team for all three years that she attended. She has wanted to be a professional coach since she was 15 years old and she is excited to be able to continue her coaching journey with the Bolles School Sharks!

Outside of the pool, Coach Claire likes to spend time at the beach, go for an occasional swim, and foster dogs and cats for a local animal rescue. 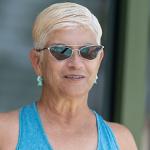 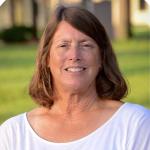