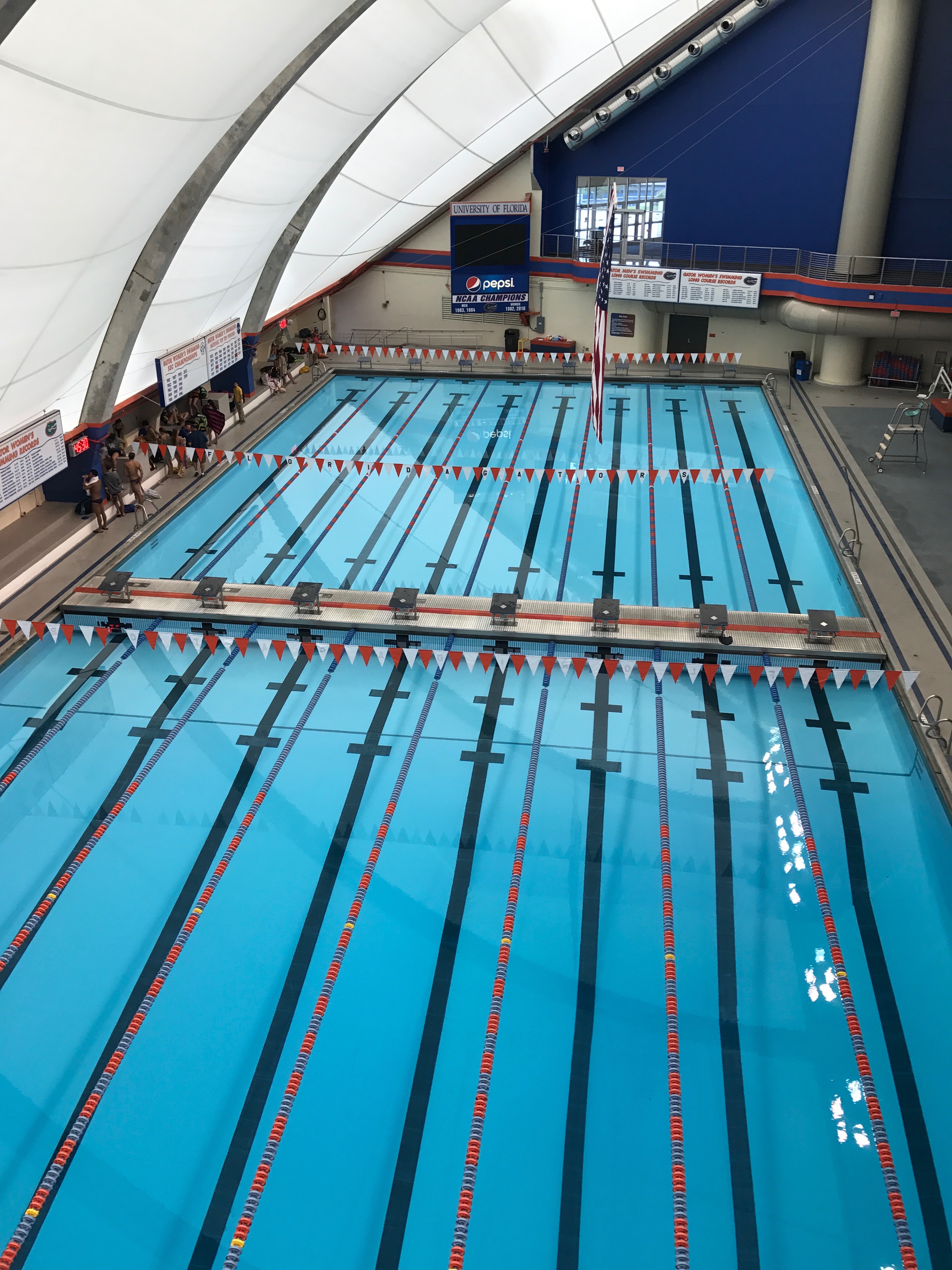 Robert started his swimming career at an early age in his native Romania. Over 13 years of competitive swimming in Europe, he won many national and international competitions including becoming European Junior Champion in the 200 butterfly in 1984 in Luxembourg. From 1990 to 1994, he attended the University of Wisconsin–Madison.

Robert launched his coaching career in 1998 as the head coach of the Stoughton Aqua Racers in Stoughton, WI, after which he accepted the head coaching position with Oregon Community Swim Club in Oregon, WI, and then in 2002 he moved to be senior coach at Badger Aquatics Club in Madison.

In July of 2012, Robert became the head coach of the Iowa Flyers Swim Club in Iowa City, IA, where he also worked as the Assistant Aquatics Director until April 2016 when he came to Gainesville to coach Gator Swim Club. During his time with IFLY, Robert led the club to unprecedented results in the state and nationally.

Robert still enjoys competing. He has participated in and competed in Ironman, half-Ironman, and other triathlon competitions. He has also competed in marathons, ultramarathons, half-marathons, and other running events, as well as open-water swimming races.

Robert and his wife Christie have a fourteen-year-old son Luke, who is a member of Gator Swim Club's Senior Gator group. 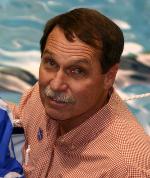 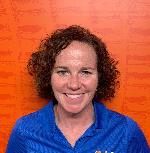 Erin has been a member of the Gator Swim Club staff since 2014, and works with the Senior and Masters groups. She competed for the nationally acclaimed Wilton YMCA Wahoos program in Wilton, CT, and was named to the United States Swimming Open Water National Team in 1994, 1995, and 1996, and was a USS Junior National qualifier in the distance and backstroke events. She competed for Princeton University during her undergraduate studies, and still competes for the GSC Masters program. In 2014 and 2015, Erin was ranked in the FINA Top Ten in her age group in the 1500m.

Adam graduated from Western Kentucky University with a bachelor's degree in exercise science. While finishing up his degree, he was an assistant coach and a dryland supervisor for Southern Kentucky Swim Club. From May through August 2013, he worked for Coach Robert as an assistant coach for IFLY swim club. After graduation, he was hired as an assistant head and senior coach for the Piranhas Swim Club in Bettendorf, Iowa. During his time with the Piranhas, Adam was elected as a member of the Iowa Senior Coaching Staff in 2015. He coached 13 Iowa state recordholders and 44 Iowa state champions. Adam is currently the volunteer assistant coach for the UF men's swim team.

Adam and his wife Sadie have 4 cats, Tom, Juno, Simon, and Leonard.

Stacey was born and raised in Gainesville, and has been a part of the swimming community here since the age of 5. She swam for Gator Swim Club and Gainesville High School, and then competed for Ohio University in Athens, Ohio, where she was a CSCAA Academic All American in 2008, 2009, and 2011, first team All Mid-American Conference in 2008 and 2009, and second team All Mid-American Conference in 2011. After returning to Gainesville, Stacey coached for High Tide Aquatics, and is a member of the GSC Masters group, achieving four top-10 finishes at the 2018 Pan Am Masters Championships! Stacey has a master's degree in textile history and museum studies.

Frank was born in Ft. Lauderdale and was taught to love swimming at a very young age by his grandmother. He swam all four years of high school, while also studying and teaching martial arts. Frank has been an instructor for SwimAmerica of Gainesville for almost two years and continues to make swimming a big part of his life.

Olivia began swimming at a very young age, but started swimming competitively at around 6 years old. She swam for club teams, a summer team, and varsity teams in North Carolina, where she was raised. Olivia moved to Ponte Vedra Beach a few years ago and now is a junior at UF. As a swimmer, she competed at the highest levels and helped her varsity high school swim team win many championships. Olivia’s main events are the 50 and 100 free, but she used to swim long distance freestyle and backstroke in her club swimming days. She has coached swimming for a summer league and given swim lessons at a summer camp, working as a camp counselor. Olivia was also an ocean rescue lifeguard for a summer in her hometown. Outside of swimming, she is involved in many other organizations, such as Project Makeover and Young Life. She is pursuing her undergrad degree in art history with a minor in English. Olivia grew up in the water and has loved swimming ever since. She is excited to share her passion for swimming and kids as a swim coach for GSC!

Summer has been swimming since she was five years old, and swam for St. Petersburg Aquatics. She attended NC State University where she was an NCAA championships qualifier in the 1650 freestyle all four years; she was also on the academic dean's list for all semesters attended! Summer competed at the 2012 and 2016 U.S. Olympic Trials, having qualified in the 400 free, 800 free, 1500 free, and 400 IM events. She is currently earning a masters degree in sport management at UF while also working with the men’s swim team.

Casey grew up in Long Island, New York, where she swam from Long Island Express for 11 years before moving to south Florida and swimming at Pine Crest for 2 years. Casey attended and swam for Penn State University, where she was a 3-time NCAA qualifier, Scholar All American, and US Olympic Trial qualifier. Over the course of her career at Penn State, she was a school record-holder in the 1000 and 1650 freestyle, team captain her senior year, and received Big Ten Distinguished Scholar, Post-Graduate Scholarship, and Sportsmanship Award honors. Casey graduated from Penn State in 2017, and is now in her second year of physical therapy school at the University of Florida. She is a current member of the USA Surf Lifesaving National Team.

Coach Sue has a long history with Florida swimming, having been the first coach of the University of Florida women's program. In addition to coaching the Masters group for GSC, Sue is the director of the Florida Gator Splash Club. Sue also competes with the Masters group, having been most recently at the 2018 Pan American Masters Championships.

Anna swam for Gator Swim Club and the Makos through middle school, then swam with her high school team through her sophomore year. Now she enjoys running and is training for a half-marathon. She also loves being outdoors and kayaking through the springs. Anna is a high-school dual enrollment student at Santa Fe and is hoping to major in wildlife ecology because of her love for animals. 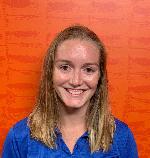 Blake is a junior at UF and was a swimmer for 10 years on the ATAC swim team in Tallahassee, achieving both FLAGS and state qualifications. Prior to joining GSC, Blake was a swim instructor for 3 years and a coach for 1 year in Tallahassee with ATAC and the Tallahassee Swim School, teaching new swimmers strokes and technique.

Alex is originally from Gainesville, and swam for Eastside High School, where he then served as an assistant swim coach for the Purple Hurricanes, helping to lead the team to 6 district titles (2 boys, 4 girls) and 2 girls regional titles. Before coming to GSC, Alex was a coach and swim instructor for Makos Aquatics Club for more than four years. Alex graduated from the University of Florida with a double major in English and journalism.

Nik was born in Moscow, Russia, and immigrated to the United States in 2009. He started swimming as a freshman in high school for Westerville Aquatic Club and Westerville South High School in Westerville, Ohio. As a sophomore Nik moved to Palm Harbor, Florida, and joined the Pinellas YMCA Piranhas (PYP), as well as the Palm Harbor University High School swim team. He qualified for YMCA Nationals in his junior and senior years, and got a USA Swimming Junior Nationals cut in the 100 fly (57.2 LCM). Nik currently attends UF in the honors program, majoring in microbiology and cell science with a pre-med focus. 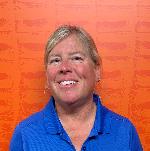 Jen developed her chlorine addiction at age 12 when she joined Greater Columbus Swim Team of Ohio, and never fully recovered, having worked as a lifeguard, head lifeguard, pool manager, swim instructor, and coach, anything to be near a pool! In addition to coaching with Gator Swim Club, Jen is currently the conditioning coach for Gator Water Polo and works with the Gainesville Gaviatas synchronized swim team.

Jen swims with the GSC Masters group and is a member of GSC’s Open Water Team. Outside of swimming, she also pursues photography and volunteers with the Boxer Aid and Rescue Coalition.

Caroline started swimming competitively at seven years old for Atlantis Swimming Club in Miami. She swam for 11 years with Atlantis, competing at several Sectional and Futures championship meets. Caroline also competed at the FHSAA State Championships throughout all four years of high school in the 200 IM, 100 breaststroke, and 400 freestyle relay. She is currently a freshman in the UF Honors program, majoring in political science and history with a pre-law focus. 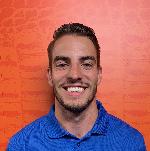 Ryan began his competitive swimming career when he six years old as a member of his local club team outside of Chicago. He continued swimming in college at Wright State University in Dayton, Ohio, and graduated in 2018 with a degree in athletic training. While at Wright State, he was a team captain his senior year, a member of the Horizon League All-Academic team twice, and the Dr. Carl Benner Scholar Athlete of the Year in 2017. He qualified for and swam at the 2016 AT&T Winter National Championships, the 2016 Canadian Olympic Trials, and the 2018 CSCAA National Invitational Championship. Ryan is now enrolled in the Doctor of Physical Therapy program at the University of Florida. In his time away from the pool, he competes in marathons and triathlons and is working toward the Ironman.

Marc has been coaching swimming for almost 10 years and involved in the sport for about 40 years. He started coaching while in college at FSU for the Maclay Blue Dolphins and more recently with High Tide Aquatics before moving to Gator Swim Club in 2016.

Originally from Miami, Marc swam with a number of outstanding coaches from the area, including Olympian Robert Strauss at the Hurricane Swim Club, Al Sheeler from Sheeler Winton Swim Club, and Kirk Peppas at Metro Aquatics. Marc swam and played water polo at Columbus HS and played water polo while attending FSU. As a Masters swimmer Marc achieved a number of top 10 US times and was ranked as high as 2nd in the US in the 40–44 age group for the 100m backstroke.

In addition to coaching at Gator Swim Club, Marc is the lead professor of Santa Fe College’s award-winning Digital Media Baccalaureate program. He holds a MFA from the University of Florida and Baccalaureate of Science in Psychology from Florida State University. Marc and his wife Joyce have both competed on American Ninja Warrior. 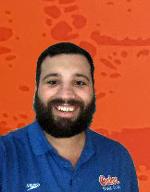 Drew swam for Gator Swim Club while he was in middle and high school. He previously coached for Buchholz High School and High Tide Aquatics. Drew graduated from the University of Florida with a bachelor’s degree in history and a master's in secondary social science education, and teaches 12th grade government and economics at Newberry High School.