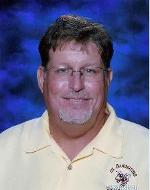 For the last 20 YEARS, SAST has been under direction of Head Coach and Club Director Frank Holleman. Coach Holleman came to SAST in August of 1996. A native of Jacksonville, Florida, Coach Holleman began his coaching career in the summer of 1981 as Summer League coach for the FORT CAROLINE CLUB FLYING FISH SWIM TEAM OF THE RIVER CITY SWIM LEAGUE. Over the next 6 years, Coach Holleman spent his summers as a summer league coach for The BAKER COUNTY BULLETS OF MACCLENNY, FL.  AND DEERWOOD GOLF AND COUNTRY CLUB IN JACKSONVILLE, while his fall and winters were spent pursuing a degree in professional physical education from the UNIVERSITY OF SOUTH FLORIDA.

• Two Time Florida Star Conference Coach of the Year 1995, 1996.   • Qualified over 50 plus swimmers to local LSC, Sectional and Zone Championships. Qualified two swimmers to USA Swimming Junior National in 2014 and 2015.  • Coached two FHSAA State Champions and two NISCA High School All Americans in the 50 plus year history of St. Augustine High School.   • Qualified over 40 plus swimmers to FHSAA Finals including 13 state finalists and two State Champion and two High School All Americans.  • USA Swimming expert for the Vietnam National Team 2012 -2015. Has participated as a member of the Vietnam National coaching staff of the 2012 Asian Championships in Dubai, UAE, and 2013 World Swimming Championship in Barcelona, Spain and 2013 SEA Games in Nyi Pa Taw, Myanmar.  • 2016 recipient of “Pursuing Victory with Honor” Jeff Holt Coach of the Year Award for St. Augustine High School presented by the St.  Johns County School District. 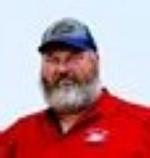 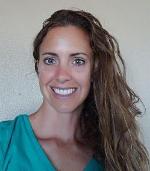 Melissa's swimming career began at the age of four when she competed with her first summer league team. While her love for swimming grew, she graduated to competing with the Clearwater Aquatic Club (CAT) which led to swimming in college at Gardner Webb University. While at GWU, Melissa was an NCAA Div. II national champion in the 1,650 yd. freestyle. Other achievements include being a two time Div.II  All American and All Southern States Honors in 2000 and 2001. She was also honored with being inducted into the Gardner Webb Athletic Hall of Fame in 2013.

During her swimming years, Melissa had the opportunity to coach the Countryside Country Club summer league in 2000; the West Florida Lightning Aquatics in the summer of 2001; and Boiling Springs Hammerheads while attending college in 2000 - 2001. In 2003 she coached with the Orlando YMCA and in 2005 with the Makos Aquatic Club of Gainesville summer league.  She was also an assistant coach with the Palencia Piranhas in 2015-2016.
Melissa has been married for 14 years and has three wonderful children, Luke, Ella, and Eden. Her love and passion for swimming remains strong and she looks forward to teaching, guiding, and encouraging each swimmer she has the privilege of coaching.