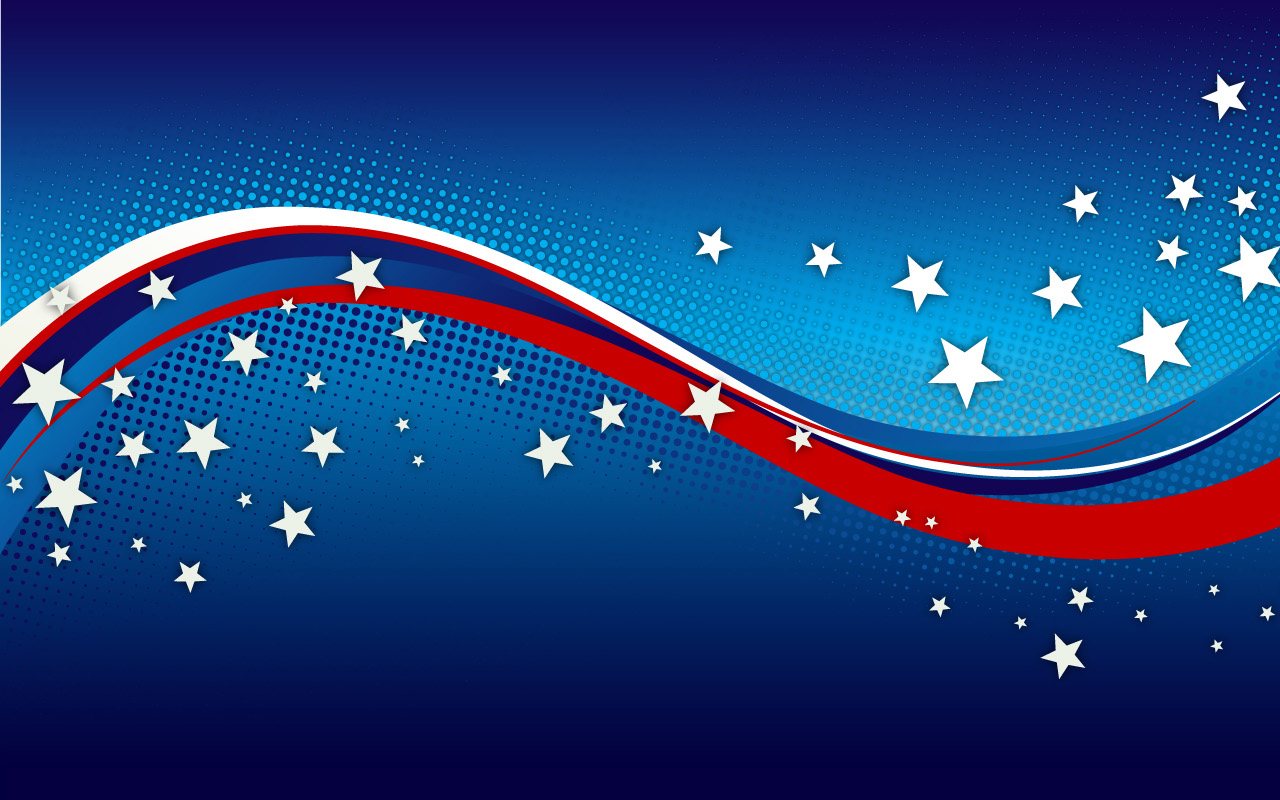 Coach Mike comes to us from Trident Aquatics in Oklahoma where he spent the last year (2019) elevating the status of the team to recognition at both the national and state levels while tripling the roster size.

Prior to his time in Oklahoma Mike was an assistant coach at UCSD, working for Head Coach and Olympic Coach, David Marsh. He was the primary sprint coach and assisted with recruiting as well as the strength and conditioning program for all UC San Diego swimmers. In addition to those responsibilities he assisted with Team Elite, David Marsh’s exclusive development group preparing for the 2020 Olympic Games. The team was made up of current American national team members and former Olympians as well as International Olympic hopefuls from China, Israel and Lithuania.

Mike has coached at both the club and collegiate levels, having coached over 60 swimmers to the NCAA Championships. In 2016 he had his first Olympic Trial Qualifier in the USA and Canada. He also has had over 50 CSCAA individual Scholar D2 ll-Americans and Multiple Coach of the Year awards.

Kristen Foley comes to Southwest Aquatics from Trident Aquatics in Oklahoma where she spent 2019 assisting in elevating the status of the team to recognition at both the national and state levels while tripling the roster size.

Prior to Kristen’s time in Oklahoma she spent two years as the Head Coach and Aquatics Director at LIU Post in NY. She was elevated to that position after serving as assistant coach for two years. Prior to joining the coaching staff at LIU Post, Kristen served as an assistant coach at St. Joseph’s College for the 2015-2016 season.

In addition to her collegiate coaching experience, Kristen has been both an elite and developmental team coach with Team Suffolk since 2011, coaching both junior national and national level qualifiers. She also coached a Boy’s High School Varsity team during that time where she recruited a first year team and produced six All-County qualifiers and one All-State qualifier. Prior to that Kristen coached overseas for two years.
During Kristen’s time at the collegiate level she saw four swimmers qualify for the NCAA championships and had several CSCAA Scholar All Americans. She was also the recipient of the ASCA Coach of Excellence award.
Kristen graduated from Hunter College with a B.A. in Nutrition and Food Science.

Coach J.T. has been with the South West Aquatics family since 2012. He has worked his way up from a stroke instructor to team coach. His experience from stroke lessons has easily transitioned into coaching swim team due to his solid foundations in stroke technique and stroke progressions. JT has coached multiple swimmers to the Florida Age Group Championships(FLAGs). His swimmers have won FLAG Championships and set FLAG and Florida records. He has also worked with the PEAK performance camps and has worked with countless athletes of all ability levels.

J.T. has a  bachelors degree in Sports and Exercise Science and a minor in Coaching from the University of Central Florida. He has a true passion for coaching and enjoys seeing his swimmers accomplish their goals. He bring a high energy and excitement to the pool deck.
JT and his wife Kari live in Winter Garden and have a son, Beckham.

Coach Mike has been coaching since 2001, and has been working with swimmers since 1998. He has coached multiple swimmers from different ages to the Florida age Group Championships(FLAGS) and to the Florida Senior Championships. He has also coached a swimmer who won multiple events at FLAGS. Coach Mike loves developing swimmers and ensuring their progress. He promotes and teaches commitment to his athletes which are important life skills.

Mike grew up in the Dr. Phillips/Winter Garden Area and swam for Coach Bruce Follensbee at Dr. Phillips High School. He has a Bachelors of Science Degree in Business Administration from the University of Florida. He is a certified private pilot and a Coast Guard certified boat captain. He enjoys fishing and water skiing in his spare time. 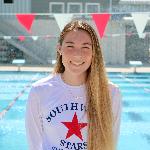 Jaiden Muramatsu began her SouthWest Aquatics experience at 8 months old in our PediaSwim Program. She progressed through lessons and then became a SouthWest Aquatics STARS Swimmer. She began coaching with us in the summer of 2020.

Jaiden lives in Winter Garden with her family and is pursuing a degree in nuclear medical technology. 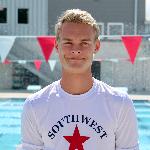 Christian Robinson began his experience with SouthWest Aquatics in the PediaSwim Program at 3 years old when his family first moved to Florida. He progressed through lessons to become a SouthWest Aquatics STARS Swimmer. Christian joined the coaching staff in 2020 and brings his enthusiasm and love of the sport to the pool deck every day. 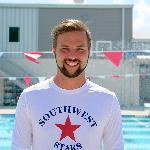 Mason Stellinga is native to Windermere, Florida. He has been coaching at the age group level for the past four years. We are excited to have Mason on deck with us this year and know that his passion for the sport will be an inspiration to all of our STARS.

Mason is currently persuing a degree in building construction management at UCF. 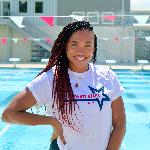 Madisyn Carroll has been a certified personal trainer since 2018. She first discovered her love of weight lifting at the age of 16 and decided to specialize in a career in strength and conditioning. Madisyn loves to teach others how to properly build strength with excellent form in order to maximize results. She loves working with our STARS and is looking forward to seeing the impact her training will have on them.

Madisyn lives in Winter Garden with her daughter, Graesyn.