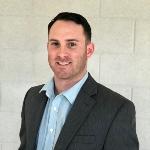 Andrew is in his fifth season with the Columbus Aquatic Club. Throughout his tenure in Columbus, the team has saw numerous successes including multiple Georgia State Champions, Futures Champions as well as Junior National, Senior National, Olympic Trials qualifiers and an ISL (International Swim League) swimmer. In 2020 Andrew also served as a coach for the first professional swim league, ISL's D.C. Trident.

Prior to coming to the Hurricanes, Andrew was most recently the Director of Competitive Aquatics and Head Coach for the Lionville Community YMCA in Exton, PA. Andrew took over the Lionville program in the Fall of 2013, where the year prior Lionville finished 17th at the State Championship Meet. In just three years, Lionville accelerated from 17th in the State, to 10th in 2014, 3rd in 2015 and 1st in 2016, setting multiple District, State and National records along the way. Andrew, with the help and support of the Parent Board, accelerated the Lionville YMCA from a Level 1 USA Recognized Program, to a Level 4 in just 2 years, the highest level of recognition in USA Swimming. His team went from qualifying just 4 swimmers for Short Course YMCA Nationals in 2013 to qualifying 16 swimmers in 2016 for the Long Course National Championship, where his girls’ relays finished top 16 in 4 out of 5 relays; the first time in program history that any relay qualified for a final at the YMCA National Championship. Also, while at Lionville, Andrew served on the Pennsylvania YMCA State Committee as a Coaches Representative.

Prior to coaching for the Lionville YMCA, Andrew served as the Associate Head Coach for Swarthmore College, where he coached both the men's and women's teams. While at Swarthmore, Andrew was the 2013 recipient of the CSCAA (College Swimming Coach's Association) Jean Freeman Scholarship Award. This award is given to one male and one female coach in each NCAA Division, who exemplifies both leadership and integrity. As the Associate Head Coach, he was responsible for recruiting, running/writing practices, coordinating and designing dry-land programs, trip planning, and running invitational meets.

Andrew has also coached for the Ridley Area YMCA for seven years from 2006 - 2013, Brookhaven Swim Club, Pennypacker Country Club, Riddlewood Swim Club and Sun Valley High School. In all of his positions, he has led swimmers to multiple championships and national rankings. He is known as a great technical teacher with tremendous attention to detail and precision. One of the things he is most proud of is having helped develop two swimmers to the number #1 recuiting rank in Pennsylanvia in 2018, 2019 in Heather MacCausland (NC State) and Emma Atkinson (Virgina Tech).

Andrew grew up in Brookhaven, PA and attended Rutgers University on a track and field scholarship. He holds a BA in Applied Mathematics from Eastern University.

Kayla comes to us as a returning coach and is very excited to be back. She is passionate about swimming and was the Captain of her swim team in high school.  Kayla is a Level 2 Coach and especially enjoys working with age group and developmental swimmers. She is currently employed at North Columbus Elementary and is engaged to be married. 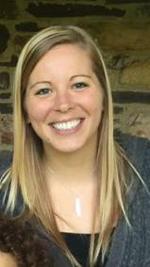 Leah is in her fifth year with the Columbus Aquatic Club. She made her way to Columbus from Pennsylvania after coaching for three years in Harrisburg for the West Shore YMCA where she swum as an age grouper.

Prior to coaching, most of her swimming experience comes in the form of an athlete. Leah was a member of the University of Texas swimming team from 2008 – 2012. As a member of the Longhorns she was a 2-time All-American, 4-time Honorable mention All-American, 6-time Big 12 Champion, 5-time finalist at the USA Swimming National Championships.  She has been a member of the Junior National Team, World Youth Team, Pan American Team and World Championship Team where she competed both in the pool and in open water races. She was a 2-time Olympic Trials finalist in 2008 in the 200 fly and 800 free where she finished eighth in both events. Leah has been featured in Swimming World Magazine, Swimswam, and Floswimming over the course of her career. As of this year she still holds 3 YMCA National Records as a member of the West Shore YMCA from 2008, some of the oldest records on the books at those Championships. As a member of her East Pennsboro High School team she was a 4-time NISCA All-American, 6-time Individual State Champion in Pennsylvania and 2-time Pennsylvania State MVP. She is excited about being apart of CAC and being able to share her experiences with the athletes.

After taking six (6) years off of competitive swimming after 2012, Leah made her way back to the pool in the Spring of 2018 in her quest to make the 2021 Olympic Team. Since coming back to the pool she has set multiple PR's and is currently ranked top 30 in the world and top 10 in the USA in the 200 fly. Most recently, she was signed to swim for the Washington D.C. Trident as part of the second season of the ISL (International Swim League). She will travel to Budapest, Hungary in the fall of 2020 to compete over 6 weeks.

Leah is currently a Certified Elementary Teacher (PreK-4) and Reading Specialist. She earned a BA in Education with a Minor in Corporate Communications, from the University of Texas. 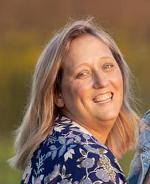 Melissa Johnson joins the Columbus Hurricanes swimming program after relocating from Iowa with her family where she has coached for the past 8 years. Melissa swam competitively from the age of 4 through her freshman year of college, when an injury pulled her out of swimming. She began coaching in Florida in 1998, while she was in college at the University of South Florida. After graduating from college in 2002, Melissa took a break from coaching until she moved to Iowa in 2011. Melissa has worked the past 8 years as an age group coach, working primarily with athletes 14 & under who regularly competed in state regional level championships. Melissa's has coached multiple medal winners at the age group championship meet level in both Florida and Iowa.

Melissa spends her summers working as an Aquatics Director for a youth camp in the mountains of Northeast Georgia where she manages and oversees all aquatic activities and aquatic staff for the camp. Melissa is also a certified lifeguard instructor and looks forward to having opportunities locally to teach and inspire future aquatics staff members. Melissa now lives in Midland with her husband and 4 daughters. She is a home-schooling mom to her three younger children, while her oldest is an adult and no longer in school. Melissa is passionate about fundraising and advocating for childhood cancer research after having one of her daughters go through treatment. She enjoys reading, bike riding and spending time with her daughters and husband.

Melissa is excited to join the Columbus Hurricanes and looks forward to many years of memories with the swimmers and families here in Columbus. 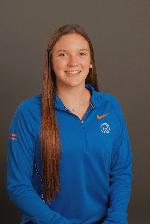 Emmie is from Alaska and swam in college at Boise state university. She graduated in 2020 with a bachelors in biology and chemistry.  She’s been very passionate for the sport from coaching at her club team back in Alaska to teaching swim lessons the last 4 years while in college. At BSU she swam 50 free, 100 free and 100 fly and was on my of the relays at conference. She is on the 200 medley relay team that holds the school record at BSU.  Besides swimming , Emmie loves the outdoors, whether it’s camping, fishing, biking or just laying at the beach. Also a major Green Bay Packers fan, so if anyone wants to talk sports, she’s ready for it! She’s so excited to get to coach swimming again after taking a short break due to plans changing with COVID. 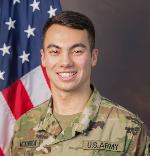 Brian McKenrick is from Wayne, Pennsylvania and has raced at every level of competition, from summer swim meets to international olympians. He swam at the Upper Main Line YMCA and for the Martin's Dam Swim Club in Pennsylvania. There he coached for four years, coaching swimmers for the age of five all the way to sixteen. He then attended the U.S. Military Academy at West Point (Go Army! Beat Navy!). He swam his first three years there before having to quit due to academic constraints. Brian swam primarily Backstroke, Butterly, and IM, but with a large focus on underwater work. He won the Patriot League Championship in the 200 IM and 400 Medley Relay in 2019. He currently holds the Academy 100 IM, 100 Backstroke, 200 Medley and 400 Medley Relay records as well as the Freshman (Plebe for those Old Grads!) 100 Backstroke, 200 Backstroke, 100 IM, as well as the 200 Free, 200 Medley, and 400 Medley Relay records. He is also on the All Time Top-10 Fastest Academy times for the 100 and 200 Backstroke as well as the 100 Butterfly.

Outside of the pool Brian is stationed at Ft. Benning, Active Duty, with the 2-16th Cavalry Squadron. He loves to cook, read, and woodwork. Brian graduated the U.S. MIlitary Academy in 2021 with a major in Law and Legal Studies and a minor in Counter Terrorism Studies. Brian loves to focus on race and sport psychology, especially in the pool. He coaches with a mindset of when he swam competitively: "Life lessons through swimming."

Austin is from Macon, Georgia, where he swam competitively since the age of seven. Growing up a part of the Swim Macon Aquatic Club, he has competed at many state level meets. His primary strokes are freestyle and breaststroke, and his best event was the 500 Free. After graduating high school in 2020, he began his coaching career at Swim Macon. After his first year of coaching, he came to the Columbus Hurricanes.

Outside of swimming, Austin is a college student at the Schwob School of Music at Columbus State University, where he studies Music Performance. Austin has been a trombonist since the age of 10 and enjoys creating music with his peers and friends at school.

Austin is looking forward to coaching at the Columbus Hurricanes and is excited to work with the swimmers and families of the team.