Coach Charles Todd is a Physical Education teacher at Calhoun High School( Water Sports).  Coach Todd has extensive coaching and teaching experience, including a Level 5 ASCA coaching certification.   He has coached championship programs at Dalton and systems throughout the state of Georgia and Florida. He is recognized as a leader within the aquatics world.   In addition, he has had numerous OT qualifiers including a finalist and NCAA finalist, two current national records, and many GA high school state champions.  Other recent honors: 2013 and 2014 Selected to TEAM USA –Junior Coach ( 18 and under); 2013 GHSA State Champions Dalton High School; four time Ga HS "Coach of the Year"; and two time Georgia Age Group "Coach of the Year". He is married to Cyndi Todd. Children: Tyler Nycole; Thomas Chase, and Cara Lee Ann. 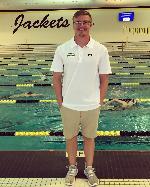 David Brown graduated from Emmanuel College where he lettered in varsity swimming four years. He currently coaches the Age Group program at NWGA. David grew up swimming in Gilmer County and with the Carpet Capital Aquatics Club. 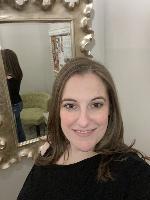 Hailey Kelley is the entry level coach with the NWGA Nitros. Hailey is a valuable part of the coaching staff at Calhoun HS and MS, as well. She grew up swimming for the Calhoun Blue Barracuda swim team. She is employed as a teacher assistant at the Primary School in Calhoun. Hailey works with the Calhoun Dancer`s Workshop. She is married to James and they have two children: Addison and Aralyn; one dog-Pearl. 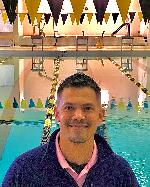 Elliot Clavino is a graduate of Jacksonville State University with a BS in Exercise Science and Wellness.  He is employed by Calhoun High School, where he currently serves as the Assistant Coach for the CHS/CMS Swim teams. Elliot and his wife Amanda are the parents to 6 awesome children. He enjoys spending time with his family and has spent several years following and coaching his kids in sports, including baseball, basketball, football, and swim. One of Coach Elliot’s accomplishments is that he completed a 2012 Thru-Hike of the 2,184 mile Appalachian Trail, where he hiked from GA to ME in just under 5 months. Elliot is very excited to join the NWGA Nitros coaching team.

NWGA welcomes Ryan Swift to our program. Coach Ryan was a fourteen-time high school All-American, Tennessee High School Swimmer of the Year, standout swimmer at the University of Florida and a finalist at the USA Swimming National Championships and US Olympic Trials qualifer. Ryan is married and has a one-year old son. Coach Ryan volunteers with the Calhoun High School Girl's and Boy's Swim Team and assists with the advanced level swimmers at Northwest Georgia Aquatics.