Dustin Bengston is a USA Swimming certified coach, and holds an American Swim Coaches Association Level 4 certification.  Dustin has coached swimmers to 43 individual State Championships and to multiple individual top 10 rankings in the United States. Dustin was selected as the 2017 Georgia Swimming Age Group Coach of the year.  Under Dustin's leadership, Tiftarea Tidal Wave has won the Long Course State Championship Title in the GA Small Team Division in 2014, 2015, and 2017. He has 15 years of coaching experience and has coached multiple athletes that have gone on to compete at the collegiate level.  As a USA club swimmer Dustin swam his early years at St. Petersburg Aquatics for Coach Fred Lewis.  At Boca Ciega High School, Dustin won four Florida High School State Championships and was a multiple time High School All American.  At Florida State University, Dustin was a two time All-American, and two Time ACC champion.   In 1996, at age 19, he competed in the U.S. Olympic Trials for swimming.  In 1997 Dustin accepted his first coaching position for Mike Stewart at WFLA swimming in Largo, FL. He also competed that summer for WFLA and was a part of The 5th place overall men's team at the U.S. Senior National Championships.  Dustin enjoys competing in marathons and triathlons and is a 3 time Ironman Finisher, Boston Marathon qualifier and a 2009 USA Triathlon All-American. He is married to Coach Lindy and they have 3 children, Beau, JD, and Leighellyn, and they all swim for the Tidal Wave. 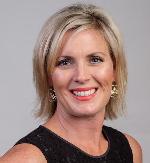 Lindy Dorminy Bengston is a coaching member of USA Swimming and works as a real estate agent for Keller Williams.  As the top assistant coach she specializes in technique and teaching the newest and youngest members of TTW.  As a USA club swimmer Lindy swam for the Americus Blue Tide under coach Kirt Myers and was a consistent state ranked age grouper.  She went on to be a four year varsity letter winner at Florida State University ranking in the top 16 at the ACC Championships each season.  Her senior year, she was Captain of the FSU Women's Team.  In her spare time, Coach Lindy enjoys running, swimming, cheering on her children in their various activities as well as community work and fundraising for her favoirte causes.