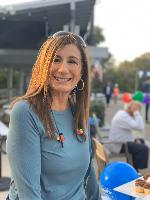 Roxanne Mefford has been coaching at Glen Oaks since 1981!  In addition to coaching the Sea Lions, Roxanne coached for many years at Del Campo High School and also for the Sierra Marlins and Rancho Arroyo (year round club teams).  She has also taught private swim lessons (beginning lesson-technical stroke work) for 35 years in locations throughout the area.  Roxanne grew up swimming in the USS world, ended up swimming for the Arden Hills Swim Team and she graduated from Del Campo High School.  She went on to swim at American River College, UC Santa Barbara, and Sac State!  She holds a degree in Criminal Justice and Psychology from Sac State.  Roxanne lives in El Dorado Hills with her husband Scott (also a swimmer) and her 3 children (Mikayla, Bryce and Colby). 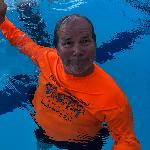 Gary McLaughlin has been coaching since the dawn of time (35+ years).  He is the king of summer league coaching having spent time with Rosemont, Del Paso and who knows where else.  Gary has been a part of the Glen Oaks family since 1999.  He also coached a few high school swimming and water polo teams including St. Francis, El Camino and Loretto.  He swam for Arden Hills as kid and then at Sac State.   For the past 30+ years, Gary has patrolled the streets of downtown Sacramento on a bike as a Sacramento Police Officer.

Lisa Williams has been with the Sea Lions since 1998.  Prior to Glen Oaks she coached in the bay area for 3 summers.  She also spent a year coaching year round at Rancho Arroyo.  Coach Lisa swam summer league and year round in Walnut Creek as a kid and then went on to swim at Diablo Valley College.  Lisa has a degree in Physical Education from Sac State and currently teaches PE at McClatchy High School.  Lisa and her husband Tim have 2 children: Logan and Jake.  Logan and Jake are both proud Sea Lions!

Coach Nancy has been with Glen Oaks since 2005 but has many years of summer, year round, and high school coaching experience. Among other places, she’s coached at Fulton El Camino, Loomis Dolphins and Mira Loma High School. Nancy swam year round as a child then swam for 4 years at UCLA. She was a finalist at Nationals in the 500 (400 m) and 1650 yd (1500 meters) Freestyles. Coach Nancy was ranked 8th in the WORLD in the 1500 meters in 1974 and 6th in 1975 and ’76 in the same event!!!  Nancy holds a Masters degree and teaches 3rd grade in Roseville, but still finds time to be a mom to 4 children and a wife to Rich Pierucci. 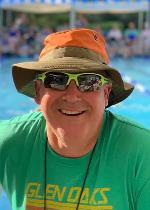 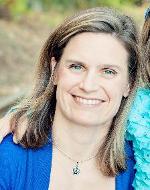 Deanna Palacios started coaching at Glen Oaks in 2015.  Prior to working at Glen Oaks Deanna worked as a swim coach for Fresno State after graduating from the program.  Deanna started teaching swim lessons while in college and worked for Roxannne.  Deanna competed a total 18 years of competitive swimming including beginning my swimming career on the Glen Oaks Sea Lions.  She completed for 4 years at Fresno State on a swimming scholarship  competing at the National Level.   Deanna earned the All- American Strength and Conditioning.   She graduated from Fresno State with a degree in Elementary education and earned two credentials for teaching in General Education and Special Education.   She has taught a total 16 years in the classroom.  Deanna enjoys running and competing in marathons including Boston marathon   I live in Fair Oaks with husband and 2 children ( Lauren and Ben)