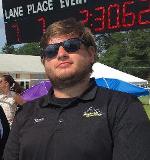 Derek Theiss  – swam competitively throughout his high school career for Space City Aquatics team near Houston, TX. After high school graduation, he became the Head Summer League Coach for the North Channel Space Cowboys. After a brief stint at Texas State University, in which he was a starting water polo player for the university’s club polo team, he moved back to Houston to coach for North Channel Aquatics.

Derek's main focus for each practice is to maintain a fun learning environment helping each swimmer take the right steps at the right time towards competitive swimming. Another goal of his is to teach kids how to transfer the good things they learn in swimming into their daily lives. 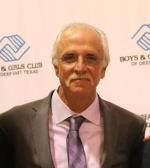 Coach Eddie has 40 years of coaching experience in Gulf Swimming and is currently on the Board of Directors for Gulf Swimming.  He Coaches part time at Lehmann Aquatic Center and is involved with Fitter Faster Clinics.  His full time occupation is as a chicken farmer West of Nacogdoches.

Erik Cozadd (Ambush Coach & Team Administrator) - Has been the Aquatics Director for both Lufkin & Nacogdoches pools since May 2007. His swimming background began as a freshman with the NHS swim team. In the fall of 1998 Erik began his collegiate three year swimming career as a fighting Cardinal at Wheeling Jesuit University, West Virginia. Erik earned his Bachelors in Psychology & Spanish in December 2002.

Erik's main duties with Ambush involve administrative work, but he also helps coach when needed. Now resides in his hometown of Nacogdoches with his daughter Ava.