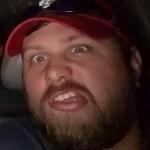 Clay has been coaching in the Gulf for fifteen years. During this time, he has served as the Head Coach for Team YES and Northeast Houston Aquatics. For three years Clay was the Head Age Group Coach for Eagle Swimming Association, leading their age group program to 6th place at the 2011 Short Course TAGS, and for the past eight years as an Age Group & Senior Coach at Katy Aquatics. Clay has also served as Head Coach for several summer league teams in the Northwest Aquatics League.

Clay joins COOG Aquatics bringing his knowledge of building great swimmers and dedicated athletes with him. As an ASCA Level 4 Certified Coach, he has coached swimmers to some of the highest levels of both senior and age group swimming, including: Olympic Trials Qualifiers, National Age Group Record Holders, National Top 10, Sectionals Finalists, TAGS Champions, All Star Team and Zones Team Qualifiers. He currently serves as the Chairman of the Gulf TPC and has also served on the LSC’s Nomination Committee, as well as being selected to the coaching staff for All Stars & Zones Meets for the Gulf.

Clay is married to Laura Pruitt who is a 4th grade teacher in Katy ISD, she is the Owner of Pruitt School of Swim where she teaches survival swim lessons to kids, as well as coaching a summer league swim team in the Whale League that their three children Glen, Grace, & Glory swim on. The Pruitt family has a long tradition of developing swimmers of all ages not only how to be safe in and around the water, but how to enjoy swimming as a sport and the positive impact it has throughout their lives.

Education:  University of Arizona – degrees in Journalism and Athletic Coaching

Four year letterman of the Swimming & Diving team at Arizona. Began his coaching career in 1979 and has coached swimmers at various levels:  summer league, high school, and US club programs. Currently works with the age-groupers at the COOGS south location where the emphasis is building correct stroke technique that provides a solid foundation for future success and love of the sport. In his day job he is an astronaut trainer, teaching International Space Station crews how to exercise in microgravity.

The best part about being on the Coog Coaching staff are fellow coaches he’s privileged to work with and, of course, the athletes who train in the program.

Coach Gaby has been involved in Gulf swimming for the last 20 years, 15 years as a swimmer at FCST and 4 years coaching for SWAT.

She is dedicated to her swimmers making it her goal to help them work hard and improve. Most importantly, she wants to make sure every swimmer enjoys swimming and wants to make it fun! Coach Gaby has worked with kids from 5 years through high school.

On the weekends she is a dedicated Sunday school teacher at Nation church Houston. She also enjoys painting and baking, as well as taking her beautiful dog Lulu to the dog parks.