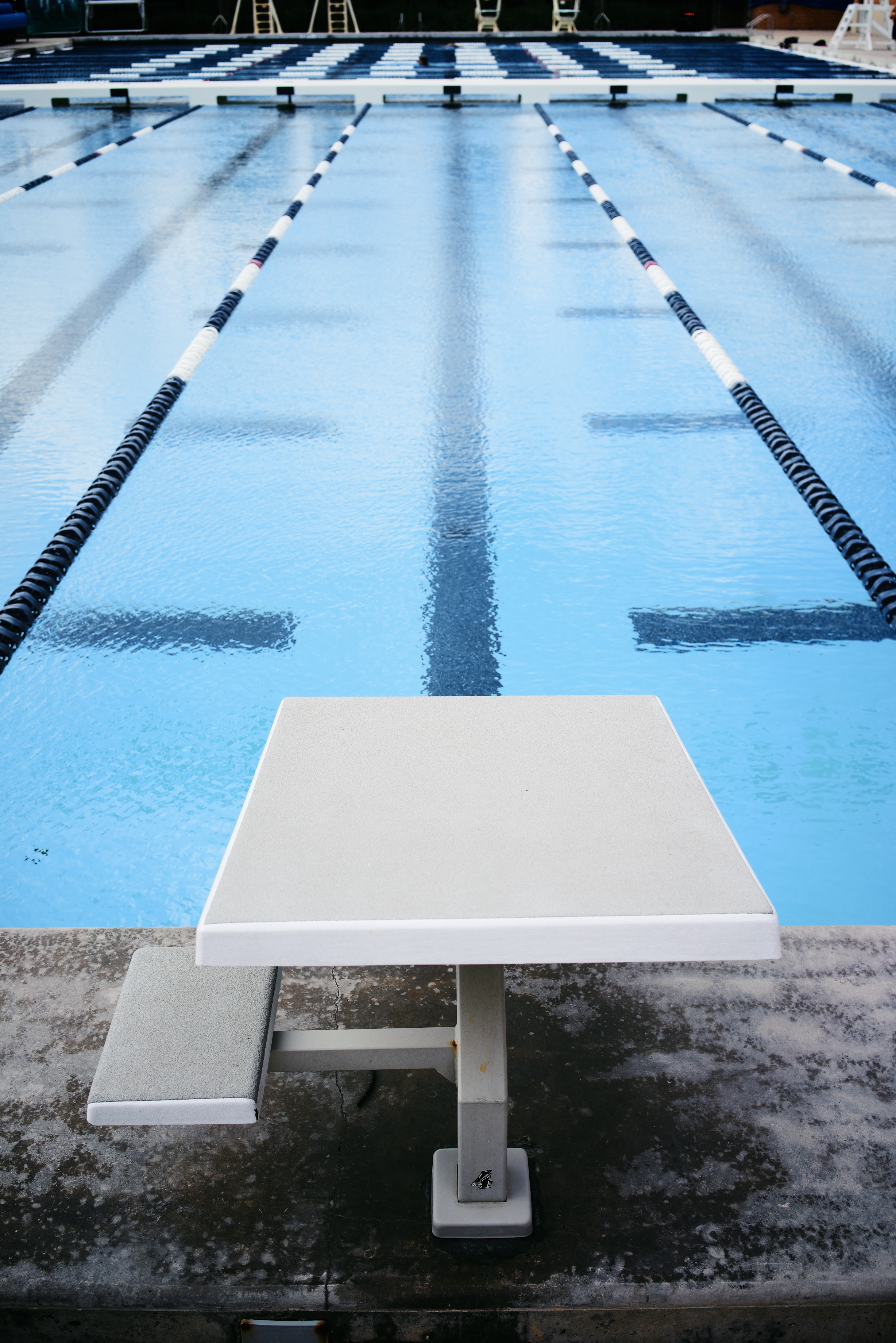 Coach Jason is the Lead Coach for  Senior Silver and White and Group 4 Silver. Jason will also be assisting with Group 4 White and Senior Navy.

Coach Jason is beginning his 11th year as Head Coach for RICE Aquatics. Under his leadership the team has grown to over 200 swimmers and seen swimmers achieve a new level of excellence. RICE Aquatics has developed into the top 300 ranked USA swim team during this time. Coach Jason Wedlick has been coaching for the past 15 years in the Houston area and is an ASCA level 3 coach.

Coach Jason’s ability to implement proper stroke technique and mechanics while keeping the atmosphere fun and enjoyable for the swimmers has allowed his swimmers to achieve success at all levels of swimming. Coach Jason’s swimmers have achieved numerous TAGS, T16, State, Sectional, NCSA and Jr National qualifiers. Coach Jason has been active with the GULF LSC having prevously served as the Admin Vice Chair of GULF Swimming. Prevously he has served on multiple committees and select coaching of the Gulf All-Star team, Gulf Zone team and "Catch the Spirit" camps. Coach Jason was selected to be the Head Coach of the Zones Team 2008 and 2015 NACC team for the GULF. Coach Jason was a member of the USA Swimming Committe for Club Development from 2014 - 2018. 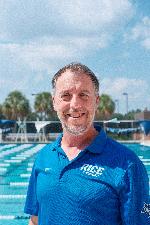 Coach Jason is the Lead Coach for Group 2 and 4 White. Jason is also working directly with all Group's 1-4 and assisting with Senior Navy.

Jason has been coaching in the GULF the last 12 years having served roles as Head Age Group Coach at DADS club and previously Katy Aquatics. Coach Jason’s passion for coaching and skill driven teaching methods has earned him recognition as the GULF Age Group Coach of the Year in 2012, 2015 and 2016. Jason has experience coaching Masters, Developmental Age Groupers through National level swimmers. Under his coaching his swimmers have excelled at all levels of competitions. Jason has coached swimmers to Jr National, Sectional, and USA Top 10 recognition while having multiple individual and relay TAGS champions. Jason is currently an at large member of GULF Swimming while having roles in  TPC, TAGS Committee and coached for GULF at Zones/All Star Meets.

Coach Mike is the Lead Coach for Briar Club and assists with Masters.

Mike Peron grew up in the Houston area.  He graduated from Katy-Cinco Ranch High School, where he was a decorated varsity swimmer.  He earned All-State honors and was a part of school record relays.  Mike was a part of the Rice University Swim Team as a practice player athlete and graduated from Rice University in 2012.  Mike began coaching for Rice Aquatics prior to graduating and has been an integral part of the program over the years; overseeing dryland training, coaching all levels of the team and assisting with the masters swimming program. Last Spring Mike earned his Master’s degree from the University of Houston in Exercise Science. He also spent 3 seasons as the Rice University Women’s Swim team volunteer assistant.  This past year Mike has been in Nice, France coaching with Olympic Nice Natation under Fabrice Pellerin and Maxime Leutenegger. 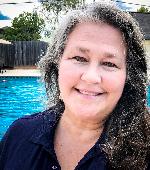 Coach Jennie is the Lead Coach for Group's 1 and 3 and assists with Senior Navy.

Coach Jennie has been coaching in the GULF for the past 20 years. She comes to RICE having worked with The Woodlands Swim Team (TWST) the past 10 years and Klein Aquatics/Premiere Aquatics the 10 years prior to that. Jennie has experience working with all levels of the Age Group Program and High School level athletes. Jennie has coached all levels from National to beginner with her previous teams as well as developed a learn-to-swim program.

Jennie has been the Head Coach of the GULF Zones Team (2007/2011), GULF All Star Team (2009), GULF NACC Team (2016). In addition she has served on numerous GULF sponsored teams in a coaching and managerial capacity. Jennie was awarded the Doc Councilman Creative Coaching award at the ASCA World Clinic. Jennies swimmers have achieved GULF, TAGS and Top 16 time standards. In addition to her on deck coaching roles Jennie has served on the GULF Board the las 8 years. (2010-14 Age Group Vice Chair and 2014 - Current GULF Secretary.) Jennie was awarded the LSC Phillips 66 Outstanding Service Award in 2016 for her contributions to the LSC and USA Swimming. Jennie is currently serving on the USA Swimming Committee for Diversity and Inclusion (2015 - Current) and taken on the role as intern chair.

Jennie has completed her  ASCA Level V testing certifications. She enjoys attending coaching conferences and clinics and bringing what she learns back to her swimmers.  She strives to make practices both challenging and creative. Jennie makes a point to take a real interest in each of her swimmers, celebrating their accomplishments not only in the water but on deck and in school.  When not coaching, Jennie enjoys family time, movies and music. Jennie and her husband live in Shenandoah, TX where they raised their four children, all of whom were swimmers (summer league, USA, high school and collegiate level).

Coach Hobie Huston begins 2018-19 as his 4th season with Rice Aquatics. Coach Hobie is the lead coach for all of Group 4 Navy and Flight School groups and assist with many of the older groups this season.

Hobie brings with him to Rice several years in growing the entry level swimmer into one ready for more competitive swimming. Prior to joining Rice, Hobie spent 1 year coaching age group and developmental swimmers with the West Houston Aquatics Team, and 4 years as a site supervisor and lesson instructor with Katy Aquatics.

Coach Hobie, a Houston native, studied and competed on the swim team at Wayland Baptist University before returning home to begin his coaching career. In his spare time, he enjoys taking care of his dog, Millie, and maintaining several aquariums with tropical fish. 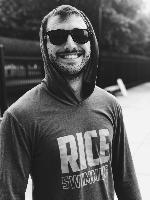 This is Joe's second year working with RICE on the competitive side at Briar Club and 3rd  year working with the Masters Program. Coach Joe has grown up in the sport of swimming. Joe swam competitively through High School having started swimming in his local summer league when he was younger. Coach Joe has experience coaching all levels of swimmers from Masters to learn to swim. Joe brings an enthusiasm and energy to the pool deck while incorporating skills and technique work into the practice setting.  Coach Joe is currently working towards his degree at University of Houston.

Coach Jessica graduated from the University of North Texas. She was a student-athlete swimming all four years while completing her degrees in English Literature and Psychology. Jessica was the Volunteer Assistant Swim Coach for the University of North Texas Women’s Team for the 2015-2016 season. She was also the Head Coach for the Sugar Creek Gators Swim Team for 2014 and 2015.

Jessica has a passion for the sport, which she hopes to instill in her swimmers. Her experience as a club, high school, and college swimmer brings a wide array of coaching techniques to her athletes.  Coach Jessica’s goal is for her athletes to have a fun experience while developing technique, strength, and focus.