Kimi Guevara joined the 'Iolani Swim Club's Coaching Staff a few years ago. Originally, Kimi was actively training and swimming with our Senior Group. In her Senior year, Kimi started working with our youngest swimmers in the Bronze Group. Previously, when she was still an active swimmer, Kimi was assisting with our year-round Learn to Swim Lesson program and she was teaching water safety and preparing beginners to learn all four strokes to be able to join the 'Iolani Swim Club. Coach Kimi also assisted for the 'Iolani School's Summer Learn to Swim programs. You can often spot Kimi Guevara jumping in for a quick swim at our pool, after practice with our Bronze Group. Her positive and enthusiastic attitude, along with her knowledge about the sport of swimming, make her a great addition to the ISC Coaching Staff. In her free time, Kimi loves shopping, checking out new restaurants in town and catching the waves around the island of O'ahu. Her favorite stroke is freestyle! 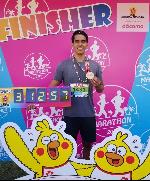 Angel Rodriguez is coaching 'Iolani Swim Club's youngest swimmers in the Bronze Group and he is also assisting with our Silver Group for thier stroke and tenchique improvement. Coach Angel is originally from British Columbia, Canada and he is currently pursuing his BA at the University of Hawaii. Further, he has been part of 'Iolani Swim Club's Senior Group for a few years now, and as an active swimmer Angel is eager to compete and achieve more in swimming. He loves to be active and of course his favorite sport is swimming! Coach Angel is thrilled to be on deck daily and enjoys explaining the details of all the strokes to our Bronze Group swimmers and helping with the little details to the Silver Group swimmers.

Often times right after the Bronze Group classes for the day are done, you can see Angel training with the Senior Group at our pool and preparing for his next race. In his free time, Angel Rodriguez enjoys extreme hikes, ocean adventures and wild bike rides around the island. He is a very motivated young individual, full of energy and always happy to be at the pool both for swimming and coaching! 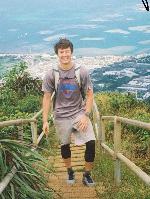 Bradley Toland came to Oahu back in 2016 to continue his education. Originally from Huntington Beach (California), Bradley enrolled at the University of Hawaii at Manoa to complete his undergraduate degree. Currently, Coach Bradley coaches our Silver Group and he works with our Senior Group on an individual level for stroke technique improvement.

Coach Bradley has always had the passion for water and swimming. He started swimming when he was little and has kept on swimming ever since! You can often spot Coach Bradley putting a swim cap on and diving in for a swim at our pool. Furthermore, Bradley recently earned his Bachelor's Degree in Law and has just completed the BAR exam. His coaching philosophy focuses on hard work every day and commitment to the highest level. Coach Bradley stresses on the perfect stroke and works to improve all the little elements to achieve endurance and fast swimming.

In his free time, Coach Bradley Toland enjoys traveling, going on challenging hikes and jumping in the ocean for fun. 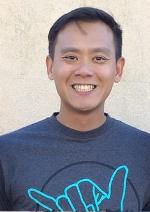 Ernest Cheung is the newest addition to the 'Iolani Swim Club Coaching Staff. Currently, Coach Ernest is coaching the 'Iolani Swim Club's Gold and Silver Groups. Originally from Honolulu, Ernest has always been swimming and enjoying the water activities since being little. He started swimming back in 2000, and achieved his Senior Sectional time standard in the 100 Butterfly in his high school years. Furthermore, Ernest graduated from the University of Hawaii at Manoa with a Bachelor of Business Administration.

Coach Ernest Cheung started coaching back in 2005. His coaching accomplishments consist of coaching boys 10 & Under, 11-12, and 13-14 to breaking Hawaiian records. He has also coached boys up to the Winter Juniors level time standards and coached girls up to the Jr. National level time standards. Coach Ernest was also nominated for the 2019 ASCA Fitter and Faster Age Group Coach of the Year. Coach Ernest Cheung uses RPT (Race Pace Training) to develop his student-athletes. He also enjoys working with swimmers to improve their technique, swim strokes, and racing strategy. He encourages the swimmers to be independent; goal oriented, and always strive for excellence. When not on deck, Coach Ernest enjoys family time, home cooked meals and ocean swims on beautiful Oahu. 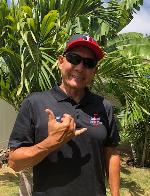 Leighton Miyake is coaching 'Iolani Swim Club's Silver Group. He focuses on developing stroke skills and building speed, strength and endurance on a competitive level. Coach Leighton also helps his swimmers develop confidence and a strong mindset to deal with the ups and downs of competitive swimming and in life as well. He began his coaching career in 1992 under the tutelage of Coach Albert Minn of Aulea Swim Club. It was there that Coach Leighton developed a deep affinity for working with young swimmers. He joined Iolani Swim Club during the 2017-2018 season and had the opportunity to coach Iolani School's JV swim team in 2018-2019. He recently accompanied Team Hawaii to WAGZ Championships in Gresham (Oregon) as an assistant coach for the 10 & Under Age Group. His swim philosophy is based on the Japanese word “Kaizen” which means “always moving forward”, “continuously improving”. He says that “Kaizen” is something that should be strived for daily, in all that you do. His thought is that when you believe in yourself, always try your best and persevere, you will be successful in swimming and in life.

Originally from Volcano on the Big Island, Matt Hiramoto is coaching the very young swimmers in our Bronze Group. Matt started swimming with the Hawaii Swim Club and for Waiakea High School. After receiving a B.A. in Cell and Molecular Biology from the University of Hawaii at Hilo, Matt moved up to Oahu to pursue a graduate degree at the University of Hawaii at Manoa. Taking advantage of the sunny weather and warm water beaches, Matt has found interest to complete various open water swims, triathlons, and the Ironman 70.3 Hawaii. When not surfing, Matt is currently the Environmental & Health Safety Specialist at the UH Cancer Center overseeing all aspects of lab and building safety/compliance. At ‘Iolani Swim Club Matt is not only coaching the Bronze Group, but also swimming with 'Iolani Masters during his free time.